Where is Hot Ones – The Game Show Filmed? 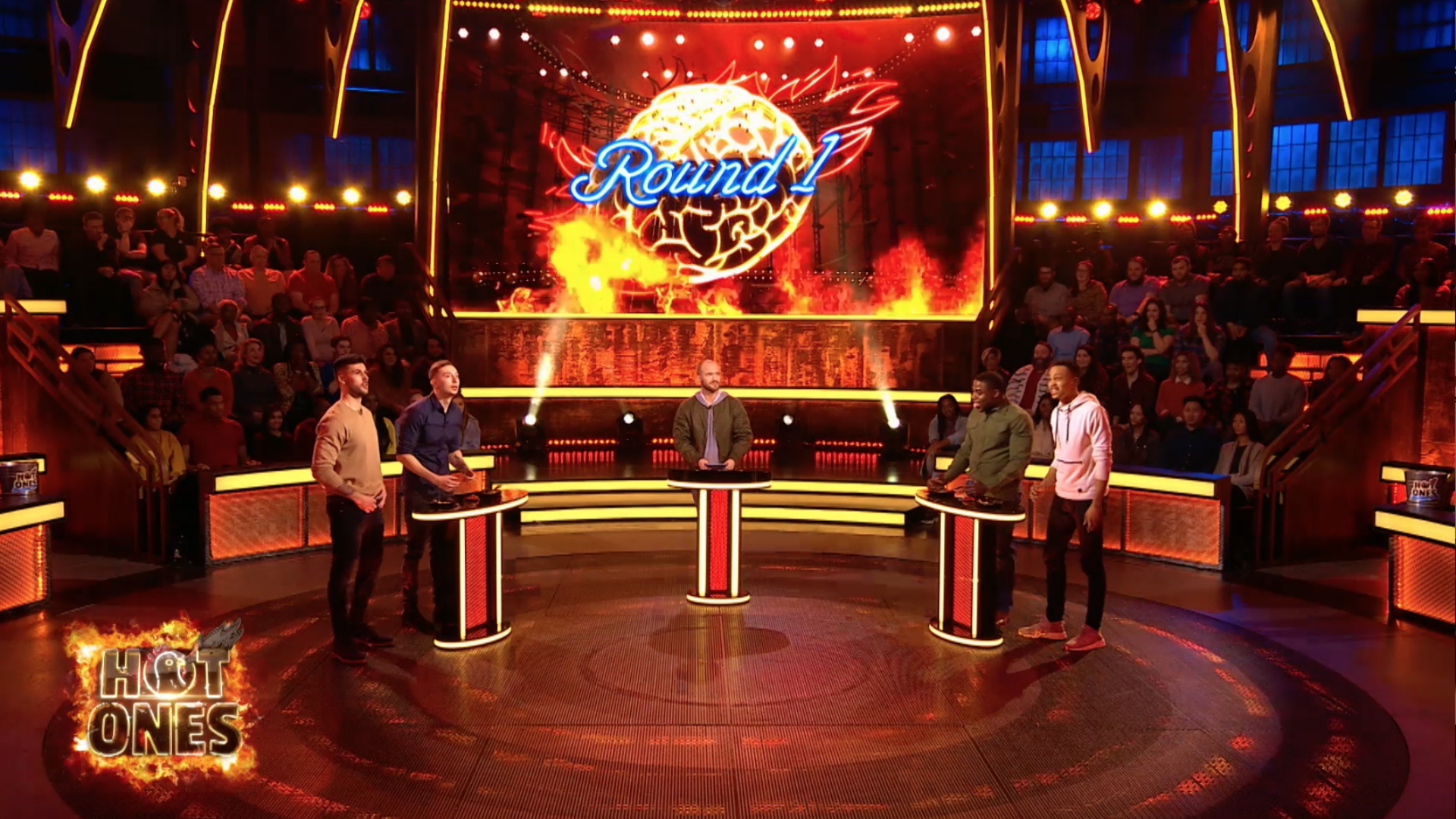 Game shows have portrayed some fun ways to challenge viewers. Some of these include hilarious physical challenges, as seen in ‘Wipeout.’  Others include “punishments” or ways to make a particularly standard competition more intense and delightful (for the viewers). ‘Hot Ones‘ is a YouTube web series that came up with the concept of challenging its celebrity guests with hot wings! “Food torture” has been seen on productions like ‘Fear Factor’ before. However, ‘Hot Ones’ employs this practice in a less disgusting, more entertaining manner. Its success has led to a truTV spin-off called ‘Hot Ones: The Game Show,’ which this article is about.

‘Hot Ones: The Game Show’ follows a slightly different premise than the YouTube series. For starters, it features non-celebrity contestants, unlike its predecessor. Couples take part in it, attempting to win $25,000. Two couples compete against each other in every episode which consists of three separate rounds. In each round, the players are expected to eat wings cooked in hot sauces. Their spiciness increases each round and the contestants can vomit in a bucket if needed. However, no water or milk is provided.

In the first round, the players are asked three questions after eating one wing each. The teams need to buzz before their competitors to answer the question. The winning amount for each correct answer is doubled in the second round.

In the third round, there are three puzzles for $1000, $2,000, and $3,000 respectively. Before each puzzle, one bite must be taken by the players. However, the team that scores is also asked to take one more bite afterward. The team that scores the highest gets to play a bonus round called “Ring of Fire” which is preceded by the team members taking a shot of hot sauce. ‘Hot Ones: The Game Show’ is hosted by Sean Evans who also hosts the YouTube show.

Filming for ‘Hot Ones: The Game Show’ is carried out in Atlanta. This is proven by the following tweet posted by Sean Evans and several casting calls that we found for the show:

We’re shooting Hot Ones the Game Show next week in Atlanta. If you want a seat in the Pepperdome (a sight to behold, believe me) hit the link https://t.co/d9GTDtxhrU pic.twitter.com/srQVlLAm7f

To be more precise, filming is carried out in Ted Turner Studios which is located in Midtown Atlanta. The twenty episodes of the first season were filmed over a course of just ten days. Georgia has been seeing a lot of filming projects in the state of late, thanks to its lucrative tax credits system that allows producers to cut down on their filming costs considerably.