How Did Belva Gaertner Die? 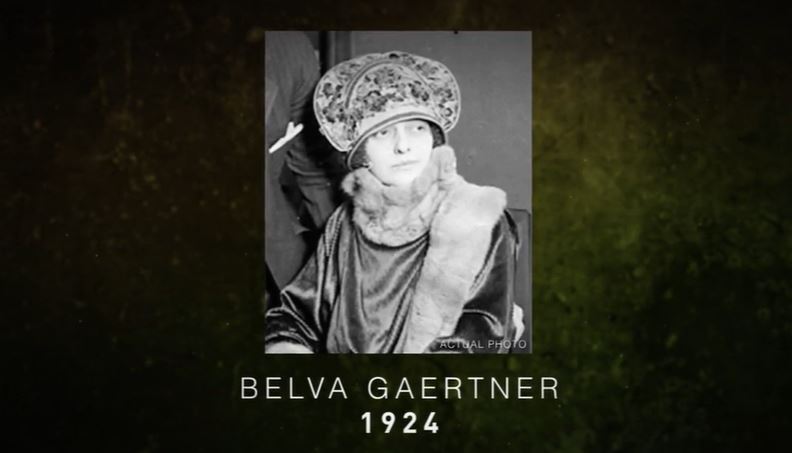 Investigation Discovery’s ‘Deadly Women: Killer Intellect’ delves into Belva Gaertner’s story as the second case featured on the episode. Belva was a cabaret singer who was in the news during the 1920s in Chicago, Illinois, for being accused of murdering Walter Law, a man she had been seeing. The investigation and the trial that followed garnered considerable media attention, with Belva often being the subject of many headlines. So, if you’re curious about what happened to her, we’ve got you covered.

Who Was Belva Gaertner?

Belva worked as a cabaret performer in Chicago. A larger-than-life personality, she loved the attention that she received from people. In 1917, she was married to William Gaertner, a wealthy industrialist much older than her. However, the show stated that the marriage wasn’t a happy one because Belva saw other, younger men later on in their relationship, which led to a divorce. Soon after that, Belva met Walter Law, a car salesman who was married with a child.

Belva and Walter started an affair. Sometime in March 1924, the two of them went out drinking and visiting jazz clubs. Later, Walter was found shot to death in Belva’s car with a bottle of gin and a gun alongside him. Walter was found by the authorities on March 11, right outside her home. They traced the license plate on the car back to Belva, and she was found in blood-covered clothes at her place. When asked if she knew what happened to Walter, Belva admitted to going out with him the night before but claimed that she remembered nothing of the night because she was too drunk.

Belva, then about 38-years-old, was arrested for Walter’s murder. Her ex-husband, William, paid for her legal defense. At her trial in 1924, the defense claimed that Walter killed himself in the car that night, and a drunk Belva went home and passed out. In June 1924, an all-male jury acquitted Belva of Walter’s murder, leading her to walk away scot-free. She said of the incident earlier, “I liked him, and he loved me — but no woman can love a man enough to kill him. They aren’t worth it because there are always plenty more.”

How Did Belva Gaertner Die?

After her acquittal, Belva got back together with William Gaertner. The two got married for the third time but separated again after William claimed Belva was abusive. William also alleged that she threatened to kill him after he found Belva cheating on him with another man. Belva also served as the inspiration for the character Velma Kelly in the musical ‘Chicago.’ During her later years, Belva moved to California to live with her sister, Ethal Kraushaar. In May 1965, she died of natural causes. Belva was about 80-years-old at the time.