How Did Lou Pearlman Die? 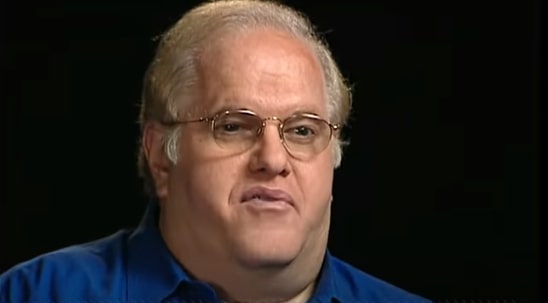 ABC’s ’20/20: The Hitman From Pop to Prison’ shines a light on Lou Pearlman, the disgraced mogul who started a massive Ponzi scheme involving his blimp business. We also learn how he got involved in the boy band scene, and how Lou would eventually lead authorities on a massive search. The American record producer has been behind successful bands like NSYNC and Backstreet Boys. In 2006, he was accused of running one of the longest Ponzi schemes in US history, to the tune of nearly $300 million.

After Lou was apprehended, he pled guilty to conspiracy, making false statements, and money laundering, during a bankruptcy proceeding. In 2008, he was convicted and sentenced to 25 years in prison. So, is Lou still in jail, and is he alive?

Pearlman started his prison sentence in 2008, with a projected release date on March 24, 2029. However, in 2010 he suffered a stroke while incarcerated. Luckily, the prison staff got him to a hospital in time to save his life. Later, he spoke to The Hollywood Reporter, saying, “I’m also taking a blood thinner, which helps me with my stroke situation.” At the height of his success, Pearlman eschewed drugs and alcohol but turned to fast food instead. He addressed this, saying, “If I would have kept on going with my lovely steaks and onion rings and fries, I’d probably be dead right now from a heart attack.” The stroke was a wake-up call for him.

However, Lou ultimately passed away on August 19, 2016, while at the Federal Correctional Institution in Miami, Florida. He was 62 years old at the time. The disgraced mogul was suffering from a condition that prevented his heart valve from opening fully. As a result, he underwent surgery to have the valve replaced. However, he later contracted an infection, according to reports from the Miami-Dade Medical Examiner. The cause of death was listed as cardiac arrest, and Lou died in the hospital where he was slated to have heart surgery.

His death brought out a variety of emotions among the people. Lance Bass, the NSYNC band member, said to USA Today, “When I heard that Lou Pearlman had passed away, I was so confused on exactly how to feel. I was like, ‘How could you die right now when we don’t have this closure? You need to apologize! Like, there are so many people who are waiting for you to realize what you did,'” Bass says in the clip. “And it pissed me off that he passed away.” He continued, “You feel happy that no one else is going to be affected by him, and then you feel guilty because you feel that way. You loved him, you hated him, there are so many things that come out with Lou Pearlman.”

Yet, others like Justin Timberlake expressed sadness at Lou’s demise, as you can see below.

I hope he found some peace. God bless and RIP, Lou Pearlman.

Despite the varied reactions to his death and Lou’s Ponzi scheme, which hurt numerous people, his contribution to the modern-day music landscape is undeniable.