How Did Marybeth Die? Did Karina Logue Leave La Brea? 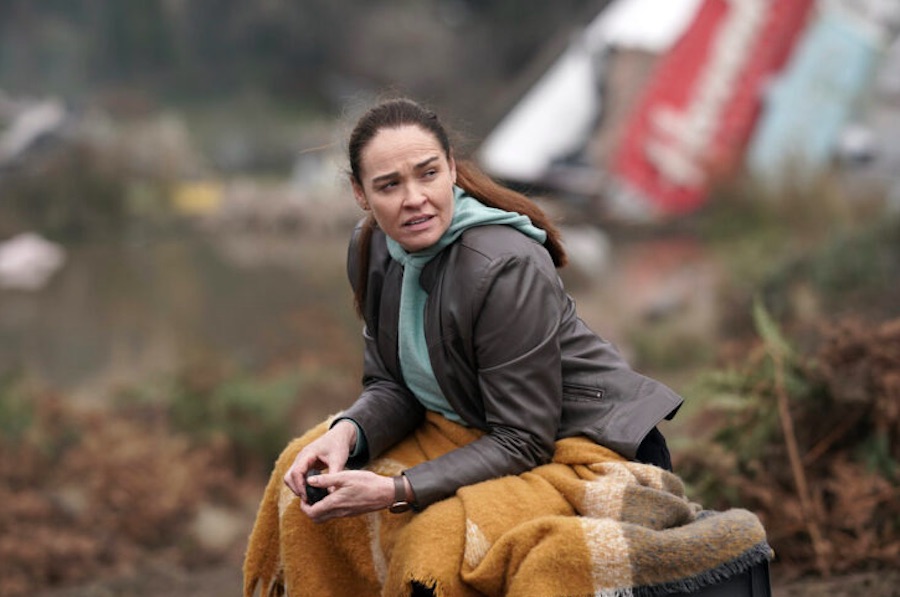 NBC’s ‘La Brea’ follows the story of a group of people who fall into the past when a huge sinkhole opens up in the middle of LA. Now stuck in 10,000 BC, the group has to battle not only their surroundings but also the baggage each of them has carried from the past. In the times when they should band together, they are thrown apart by their conflicts, which only creates more problems for them. This holds true the most for the mother-son duo of Marybeth and Lucas. Over the course of the first season, we discover how their relationship deteriorated back when they were in their own timeline. Some secrets come to light, and just when things start to get better for them, something terrible happens. If you want to know what happened to Marybeth at the end of Season 1 of ‘La Brea’, here’s what you should know.

How did Marybeth Die?

Marybeth and Lucas had always had a fraught relationship, and the reason behind this was Lucas’s father. Both Marybeth and her husband were cops, but the difference was that he was corrupt. In a case, the local police department had confiscated drugs that were just sitting in the evidence room. Her husband thought it best to sell those drugs and make some good money in the process. For this, he got Lucas involved with him. By this point, Lucas had already started to feel detached from his mother, probably because he was inclined to do the things that his mother could’ve arrested him for. He was more devoted to his father and felt especially happy to be included in his plan.

Trouble arose when Internal Affairs found out what he was doing. So, instead of going to jail and losing his job, Lucas’ father cut a deal and put the entire blame on Lucas, who was not aware of his father’s betrayal. When Marybeth discovered what her husband was doing, she decided to stop him. At first, she pleaded with him not to do it, but when it became clear that he was not going to change his mind, she shot him dead. The only fact that Lucas knew in this entire thing was that his mother had killed his father, and this is where he started hating her.

It isn’t until they are stuck in 10,000 BC that Marybeth reveals the truth to Lucas. He also realizes that his mother has had his back all this while, even when he didn’t treat her well. After she and Eve foil everyone’s plan to board Levi’s plane and make it across the lights, Lucas presents the idea of banishing Marybeth and Eve from the clearing. This should have been enough for Marybeth to forsake him, yet still, she is ready to risk her own life to save him. Finally, Lucas finds out that he had been wrong about his father and starts mending the relationship with his mother.

When it is revealed that there is a portal that can lead them to 1988, Marybeth and Lucas decide to jump through it together. On the way, they encounter Silas and his men, who are trying to stop Isaiah from crossing the portal. During an altercation with them, Marybeth is stabbed. For a while, it looks like she might be able to make it to the portal. While the others move forward, Lucas stays back with his mother, even when she insists that he should cross the portal by himself. She bleeds out and dies a short while later.

Does this mean we will never see Marybeth again? The answer is always a bit complicated for a show about time travel. While she might be dead in 10,000 BC, there is still a timeline where Marybeth is alive. Because the show has only started to scratch the surface of its story, there is a chance that it might explore other timelines in the future where we get to see Marybeth again. Whether actress Karina Logue will reprise her role depends on what year we find Marybeth in. If it’s in 1988, then Marybeth is much younger than she was in 2022, which means a different actress will play that role. But if the show jumps closer to 2022, then Logue would certainly come back as Marybeth. For now, however, it looks like we won’t be seeing much of her.