How Did Phillip Brown and Louisiana Melton Die? Where is Herbert James Melton Now? 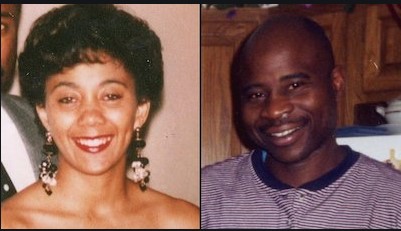 Investigation Discovery’s ‘The Lies that Bind: Ex’s and Alibis’ showcases the gruesome murder of Louisiana Plumber Melton and her boyfriend, Phillip Brown. Louisiana was due for divorce from her obsessive husband just one day before her murder. Then on December 2, 2001, when Louisiana and her boyfriend were getting ready to attend a Christmas party, they were fatally shot and killed at their Houston apartment. Intrigued to know more about this heinous crime of passion? Well, here are the details we could uncover.

How did Louisiana Melton and Phillip Brown Die?

Louisiana Melton was a 37-year-old paralegal and a mother of two, living in Houston, Texas, and was dating Phillip L. Brown, 40. Having separated from an over obsessive husband, Louisiana was preparing for her divorce to get finalized when her former husband made an unwelcome re-entry into her life. The victim reportedly received a chilling postcard from her previous husband a few days before the murder.

The postcard, which quoted scriptures in feverish writing, read, “Having eyes full of adultery and that cannot cease from sin, but the day of the Lord will come as a thief in the night.” According to Louisiana’s friend, Louisiana told her that she was scared and terrified of running from her husband, and if he was going to kill her, then “that would be the way it would be.” The same friend dropped the paralegal off at her boyfriend’s apartment at dusk on the night of the killings and claimed to have seen Herbert’s pickup driving to that area.

On the rainy, fateful night of December 2, 2001, as Louisiana and her boyfriend prepared to attend a Christmas party, they were ambushed by the obsessive Herbert, who shot them fatally. The police were called by the residents of the apartment at the Gables Meyer Park Complex in Southwest Houston, who claimed that they heard two gunshots ring out at 7:15 P.M. followed by a woman screaming,” “No, no, no, please no,” which was further followed by another burst of gunshots.

Witnesses also claimed to see a man in a purple suit run down the stairs. When the police got to the scene, they found Brown, a retired military officer, shot fatally in the chest and lying in a pool of his own blood outside the apartment. Louisiana, who was also shot outside, reportedly managed to crawl to the living room to telephone for help, but she passed out in a semi-fetal position and was shot numerous times in the head.

Herbert James Melton, the former husband of Louisiana Melton, was arrested, tried, and convicted of the murders. Herbert was allegedly an over-possessive and obsessive husband who stalked Louisiana to Houston even after their separation. Investigators suspected that Herbert, who had no previous criminal charges, was extremely possessive of his former wife and was upset to see her with a new lover.

While investigating the murder scene, police found biblical references and notes in the victim’s purse. A handwritten note, which led them directly to the former husband, read, “With the help of God, I will be ok. I know I will find someone to love me like I want’t (sic) you my wife to love me. I tryed (sic) so hard to make it work but Satan won the race. God bless you, I am so sorry I did’t (sic) make you happy”. Suspecting it to be a crime of passion, investigators expected Herbert to commit suicide after the gruesome murders, but they were soon proven wrong when sightings of Herbert were reported all over the state.

Where is Herbert James Melton Now?

After eluding the police for over 18 months, Herbert was located after a CrimeStoppers tip revealed his whereabouts. Police found him living in the Open Door Mission in the east end of Houston under a changed name and identity. He was also reported to have undergone massive weight loss that altered his appearance drastically. Detectives finally managed to arrest him in August of 2003 and charged him with the capital murder of his former wife and her lover.

In his official statement after his arrest, Herbert James Melton admitted to the murders but also accused his wife of being a liar and deceitful. According to homicide investigator Brian Harris, even after being arrested, Herbert tried to justify his actions and refused to believe that his former marriage was over. It seemed as though Herbert had planned to commit suicide after the murders but couldn’t go through with it. The community, which he hid in to escape arrest, was also left in shock and disbelief at the proceedings.

His girlfriend, Tammy Garcia, said, “His story was his wife had messed around on him. He said she left him. He went crazy – he was very hurt. He tried to commit suicide, he loved her so much”. Once put-on trial, he pleaded guilty, and reportedly, the court awarded him a life sentence in January 2004. Herbert James Melton is currently incarcerated at the O. B. Ellis Unit located in unincorporated Walker County, Texas, according to prison records.

Read More: Who Killed Jordan Lum? Where Are Carmie and Daniel Nelson Now?