How Did Ramon Sosa Fake His Own Death? 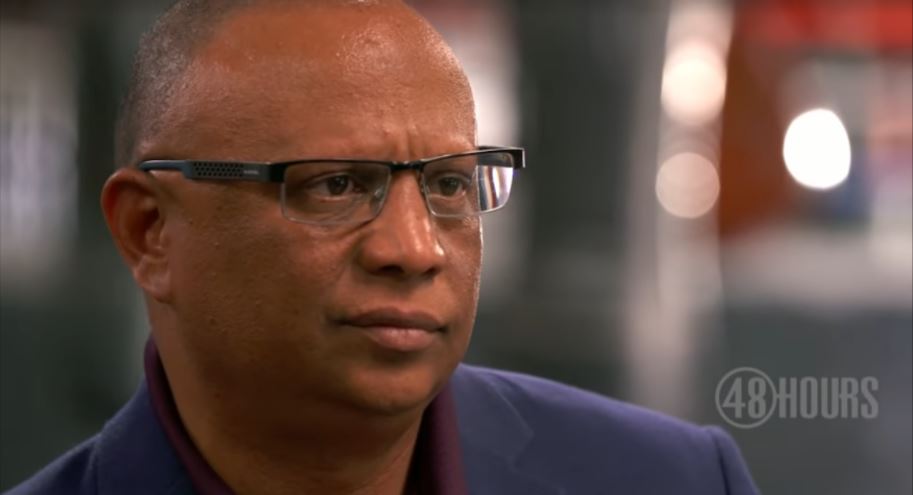 True-crime stories always leave us disturbed with their chilling narratives, especially when we discover the kind of heinous crimes a person can bring themselves to commit. But sometimes, it happens that a case is so incredibly bizarre that we have trouble believing it. Even though we know its real, each detail of it is so harrowing that we can’t bring ourselves to trust that something like this could ever happen. One such tale is the “death” of Ramon Sosa, which has been chronicled in CBS’s ’48 Hours: Dead Ringer.’ Curious to know more? Here are all the details, just for you.

Who Is Ramon Sosa?

Born on June 1, 1967, in Puerto Rico, Ramon Sosa describes himself as a proud Latino. His parents raised him, along with his three siblings, to appreciate all the values of their vibrant culture, even after the family moved to Brooklyn, New York, in search of a better life. It was there where Ramon, at the age of 7, fell in love with the sport of boxing. He grew up playing it with his father, and when he couldn’t let go of his interest, started training professionally. After more than 10 years of that, he took a shot at the pro boxing circuit.

However, after competing in over 100 fights, Ramon hung up his boxing gloves and decided to pursue the American dream. He went back to school, completed his education, but still kept training. Then, at a young age, he got married and had three children with his first wife. After they separated, Ramon eventually settled down in Houston, Texas, where he opened a couple of boxing gyms of his own. The first one was called Young Prospects Boxing, and the second, which he opened with his second wife, Maria DeLourdes Sosa, aka “Lulu,” in 2010, was called Woodlands Boxing and Fitness.

Ramon appeared to have an idyllic life – from rubbing shoulders with celebrities to owning successful boxing gyms to having the love of his life by his side. But, little did he know, he would soon begin fighting for his survival. Ramon and Lulu got married on March 15, 2009, and after six years of marriage, the accusations and the troubles began. In 2015, Lulu began claiming that Ramon was lazy and didn’t work. She also said that when he was at home, he hit her, pushed her, and forced her into doing things she didn’t want to do. But, Ramon has said that these are all fabricated lies.

Did Ramon Sosa Fake His Own Death?

In short, yes. In June 2015, in their gym, Lulu was talking to someone about organizing a meeting with a hit man, for none other than her husband, Ramon. She said that she was tired of all the abuse that she was facing and that she wanted him to “disappear” forever. A man who worked at the gym and is apparently called Gustavo (who told CBS to refer to him as Mundo), overheard this conversation. He was friends with the couple and thought of Ramon as his mentor. Therefore, the next day, he decided to intervene. When he talked to Lulu and realized that she was, in fact, serious, he told her that he would hire the hit man himself.

However, what he did was the exact opposite. He went to his mentor and told him the truth. And, it turns out that Lulu wanted Ramon dead not because of the abuse, but because of money. The couple was in the middle of divorce proceedings, but they still lived in the same house, just on different floors. And, if Ramon were to die after their divorce was finalized, Lulu wouldn’t get any of his retirement money or the home and gym entirely to herself. Therefore, she started plotting to have him killed before things went further. Ramon immediately contacted the police, and eventually, after gaining some more evidence, they agreed to help him.

During this time, though, things between the couple got worse. They got into arguments, and Lulu even went to court to have Ramon removed from their home and the gym they owned together. But, he also got a restraining order against her from the first gym that he owned. Plus, he was eyeing a much bigger prize. On the other side, Mundo was stringing Lulu along and recording every conversation that they had. With that, the police had enough evidence to arrest her, but they were worried about her claims of Ramon’s abuse. So, they got him to agree to play dead, just like she wanted.

This picture made headlines around the world. I’m blessed to have live through it and now proud to help pic.twitter.com/shGNuNKR2i

With the support of the FBI and the District Attorney’s office, on July 23, 2015, the Texas Rangers painted bloody makeup on Ramon, so it looked as though he had been shot through the temple. Then, they had him lay down in his grave and took photos of him to show to Lulu – to show that the “hitman,” an undercover agent, had done his job. Later that day, the agent met Lulu in a parking lot and told her that the job was done. When he showed her the pictures of what looked like her husband’s dead body, she laughed. And, as time went on, her mood only uplifted. But, the one thing that she maintained was that she was the victim of abuse.

“ In 2015 my life changed forever. I hope that my near-death experience helps men and women that are in abusive and manipulative relationships and feel like there’s no way out, have the courage to speak.” Ramon Sosa pic.twitter.com/2X36QN9unl

Lulu was later arrested, and Ramon was left to tell the world that his wife had orchestrated a plan to have him killed. After 15 months in jail awaiting trial on the charge of murder-for-hire, Lulu gave up the fight. In October of 2016, she pleaded guilty to a reduced charge of second-degree solicitation of murder. Ramon Sosa, though, to this day, does think about what could have happened if things had gone Lulu’s way. But, he is also making use of his experiences for good. Now, Ramon is a well sought out public speaker, who uses his platform to raise awareness about men who are in manipulative and abusive relationships. Recently, he even wrote and published his story in a book called “I Walked on My Own Grave.” (Featured Image Credit: CBS News / 48 Hours)