How Die Jack Rains Die? Who Killed Him? Where is Tina Williamson Now? 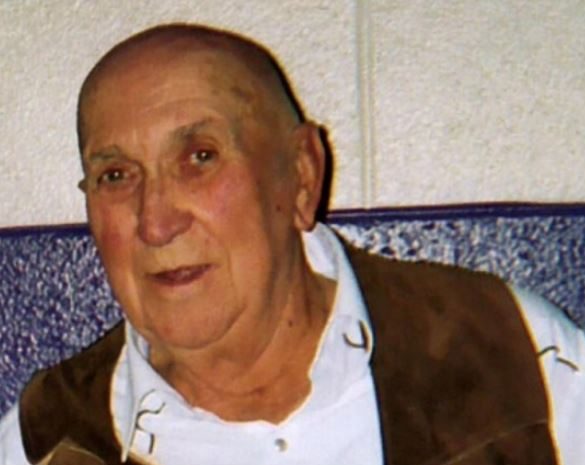 Investigation Discovery’s ‘The Devil Speaks’ uses actual recordings of 911 calls, police interviews, and phone conversations to take the viewers through real-life police investigations. By doing so, the show provides a better insight into the motivations of the perpetrator and the life of the victim. The episode ‘Dirty Little Secret’ explores the murder of 83-year-old Jack Gains in the city of Murfreesboro, Tennessee. A war veteran who lived a simple life, his death was as unsettling as it was baffling to the people who knew him. If you’re curious to find out what happened, we’ve got you covered.

How Did Jack Rains Die?

General Jack Rains was living a leisurely life of retirement before tragedy struck him. He had served for 32 years with the United States Air Force, worked with the Tennessee Highway Patrol, and was an ex-Chief of Police in Woodbury. His wife, Ruby, lived in a nursing home due to dementia, as was stated by his son Gary in the episode.

Jack was a gun enthusiast, and this led to a chance encounter with Ronald Williamson, an avid gun collector. They met at a flea market, quickly bonding through their mutual love for guns. They spent a lot of time together over the next few weeks. Jack would come over to Ron’s house regularly. The victim had a good relationship with Ron’s family which included Tina, his wife, and Stephanie, his daughter.

On September 1, 2007, Jack was found dead in the kitchen of his house by Ron and Tina. They went to check on him because it was unusual that he hadn’t called or returned their calls for more than a day. Unfortunately, Jack had been shot five times. A detective stated that the positioning of the victim and the fact that he was shot from behind suggested that Jack wasn’t expecting it, and it was definitely not a suicide.

While things within the house were moved around, nothing of value was missing, so robbery was quickly ruled out as the motive. The medical examiner’s report stated that one shot was fired from a distance, three shots were fired from a progressively decreasing range, and a final shot was fired point-blank. It was also stated that Jack was killed about a day before the body was discovered.

Eventually, it was Tina who was convicted for the crime. Jack was a regular presence at the Williamsons’ household. It was reported that Tina had been in a car accident sometime in the fall of 2003 and broke her back as a result. This led to her being unable to drive because of the medication she was taking. With Ron’s work keeping him away from home through the weekdays, Jack would often help out, driving Tina into the city to run errands. In return, Tina would help take care of Jack’s home.

As time went on, however, it was speculated that the two were having an affair. However, this claim was vehemently denied by Tina. Forensic analysis of the boxers Jack was wearing when he died revealed traces of DNA of a female mixed with Jack’s semen. This was later confirmed to be Tina’s. With the assumption that they were in a sexual relationship, the police applied for a warrant for Tina and Ron’s phone records.

Ron was cleared as a suspect when his location was nowhere close to the crime scene at the time of the murder. But that was not the case with Tina. She had made three calls to a friend of hers, Betty Olson, from the vicinity of the crime scene around the time of Jack’s murder. Betty told the cops that she picked Tina up from a highway that was close to Jack’s house on the day he was murdered. Now, the cops asked Betty to wear a wire on her next meeting with Tina.

In that conversation, Tina stated that Jack used to give her money and pay for her medication. This led the cops to Jack’s bank records. The investigation revealed that Jack and Tina had a joint bank account with $100,000. The police saw the money as a possible motive. To further solidify the case, they asked Betty to call Tina, hoping she would admit that Betty gave her a ride. In the recorded phone call, Tina did just that, hence incriminating herself.

Where is Tina Williamson Now?

Tina Williamson was arrested in 2007 on the charges of murder, felony murder, and especially aggravated robbery. She was tried and convicted of the same. Tina always maintained that she was innocent. As per a report, she thought her lawyer represented her inadequately. She also brought up the fact that the murder weapon was never found or connected to her.

Nevertheless, the judge sentenced Tina to life in prison without the possibility of parole plus twenty years. The District Attorney stated that a life sentence equals 51 years in prison, which brought Tina’s total sentence up to 71 years. According to prison records, she will be eligible for parole in 2065, at age 96. It seems as though she is currently serving her time at a correctional facility in Tennessee.