How Much Does It Cost to Eat at Hell’s Kitchen? What Is the Menu Like? 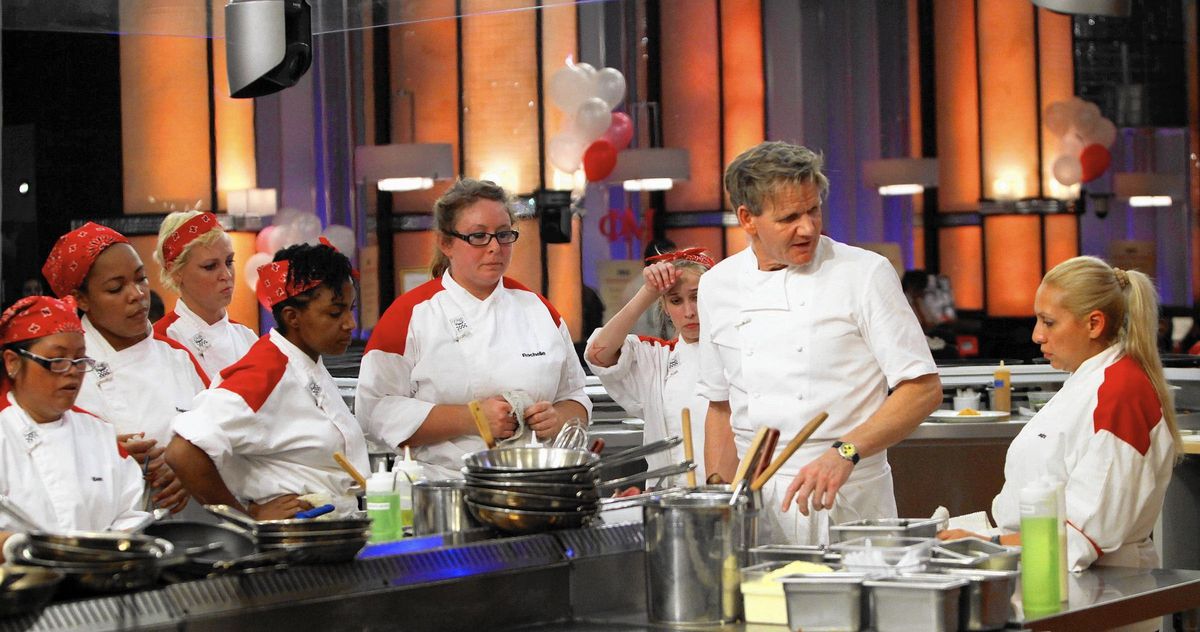 ‘Hell’s Kitchen’ is an Emmy-nominated reality competition series on Fox. Hosted by celebrity chef Gordon Ramsay, contestants from different parts of the USA compete in two teams for ultimately one person to land a job as a head chef at a restaurant. Before the American series came into being, Ramsay created and appeared on the British show, also called ‘Hell’s Kitchen.’ Anyone who is a fan of Gordon Ramsay’s or the series dreams of eating at the eponymous restaurant in Las Vegas. It is the first-ever Hell’s Kitchen owned by the celebrity chef and is located at Caesar’s Palace.

The restaurant is dedicated to providing its guests the experience of being on the filming set- be it through the food or the ambiance. Just like in the show, the restaurant is done up with the famous red and blue design details to represent the two competing teams. It can seat up to 300 people and also has two chef’s tables. The floor-to-ceiling windows offer views of the glamour and hustle-bustle of Las Vegas. If you are wondering how much the experience of dining at Gordon Ramsay’s restaurant would cost and what the menu looks like, you are in the right place!

How Much Does It Cost to Eat at Hell’s Kitchen?

The cost of dining at Hell’s Kitchen varies depending on what one orders. In general, the Prix Fixe Menu proves to be economical as it ranges from $65 to $90 for a three-course meal. However, the price goes up if paired with wine; that is $124.95 for lunch and $148.95 for dinner. The main menu includes a variety of things you can choose from as per your liking. To give you an idea, the price range for the entrées falls between $32.95 to $63.95, with Jidori Chicken Scallopini being the least expensive and Beef Wellington being at the top end. Additionally, the sides cost about $13.95 each.

If you are in the mood for some cocktails, they are priced between $16-19. You can get beer for $10-12, but if you buy a can or a bottle, that costs even less. However, a glass of wine can cost you anywhere from $15 to $50. For those interested in non-alcoholic drinks, you have quite a few options for $10 or so, with mocktails priced at approximately $9. Seeing how the portion sizes are adequate, what you spend at Hell’s Kitchen is worth it.

The good news is that the restaurant on the Las Vegas strip offers several classic dishes we have seen on the reality show. These include Beef Wellington, Eggs in Purgatory, Hell’s Kitchen Burger, and Sticky Toffee Pudding. If you are vegetarian or vegan, you will not have a problem finding something you would love since there is a special menu to suit your preference. Vegetarians do not feel left out as dishes like White Bean in Purgatory, and Baked Macaroni & Cheese guarantee a sumptuous meal. Furthermore, the rich Vegan Risotto in tofu puree and Pan-Seared Tofu Scallops give vegan guests the chance to taste some signatures dishes but with the required tweaks.

Apart from the Sticky Toffee Pudding, Ramsay’s Las Vegas restaurant also offers delightful desserts such as Salted Peanut Decadence, Chocolate Sin Cake, and Coconut 3-Ways. To round up your meal, you can choose from a selection of coffees, flowering white teas, cognacs, fortified wines, and digestifs.