How to Get Away With Murder S06 E14: Everything We Know 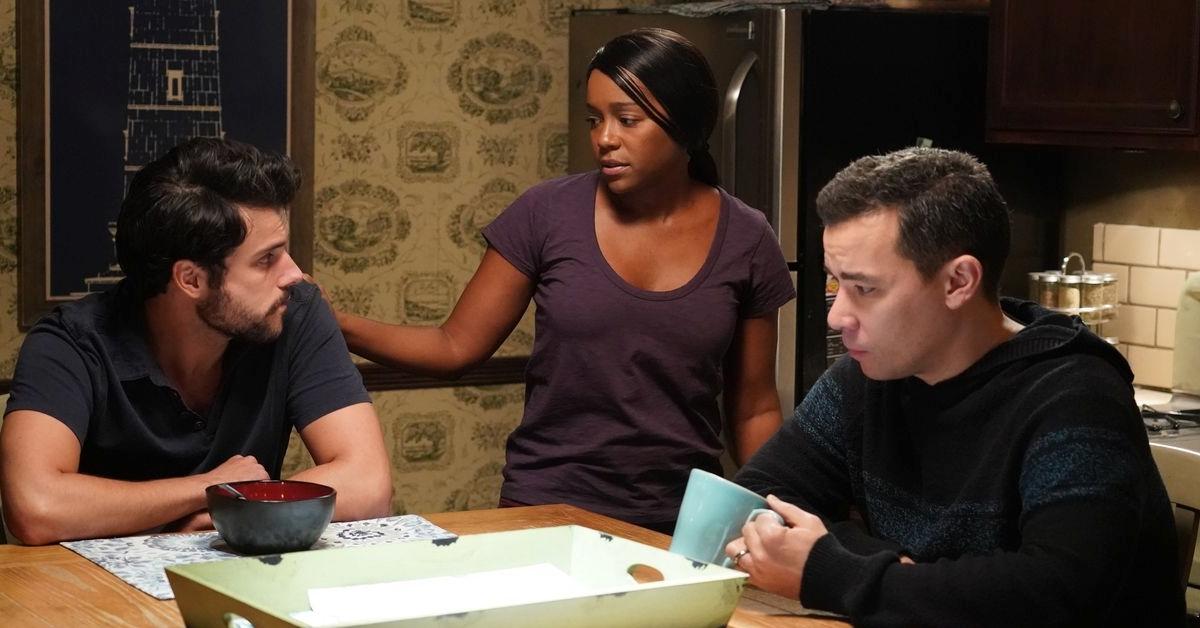 ‘How to Get Away With Murder‘ is on its killer final season, where we see the Keating 5 fighting an uphill battle. Facing onslaught on all sides, from the government and the FBI, they are coming apart at the seams. All eyes are focused on Annalise Keating to see what moves she makes to get out of the jam.

With Season 6 heading to an end, Annalise refuses Michaela and Connor’s offer to throw Gabriel under the bus. Instead, she records them and gets the government to drop the death penalty against her. At the same time, we see that she’s approached by Vivian, who has information about Sam’s sister, Hannah. Curious to find out what happens in the latest episode? We have the rundown, apart from details about when and where to watch the upcoming installment.

How to Get Away with Murder Season 6 Episode 14 Release Date: When Will It Premiere?

How to Get Away with Murder Season 6 Episode 14 Spoilers:

The upcoming episode sees the murder trial against Annalise Keating begin. However, Tegan’s history makes her role as the counsel more complicated. Meanwhile, Bonnie helps Annalise use Hannah’s past for blackmail. Elsewhere, Nate visits Jorge in prison with a proposition and the news about Xavier’s death at Nate’s hand breaks. You can check out the promo of the upcoming episode below.

How to Get Away with Murder Season 6 Episode 13 Recap:

The episode sees Annalise facing the truth about Sam’s relationship with Hannah, his sister. Vivian tells her what she’d always known within herself. Since the siblings grew up in a home without love, they turned to each other and committed incest. Down the line, when Annalise stole Sam from Hannah, she wanted to take her down. As a result, she’d forced the Feds to take the case against her.

Although Annalise has more insight into the challenge she faces, the trial is still coming. Meanwhile, Langford is ticked off with Michaela and Connor tipping their hands by telling Annalise they are informants. However, they make believable excuses, and Langford needs them to testify. Nate also forces Langford’s hand to investigate Pollock. When Langford does find that the agent is dirty, he asks Nate how he knew. We know that Nate got the information from Xavier, who he’s killed. Thus Nate has to come up with an answer in the upcoming episode, which promises to be gripping.

Read More: How to Get Away With Murder Filming Locations