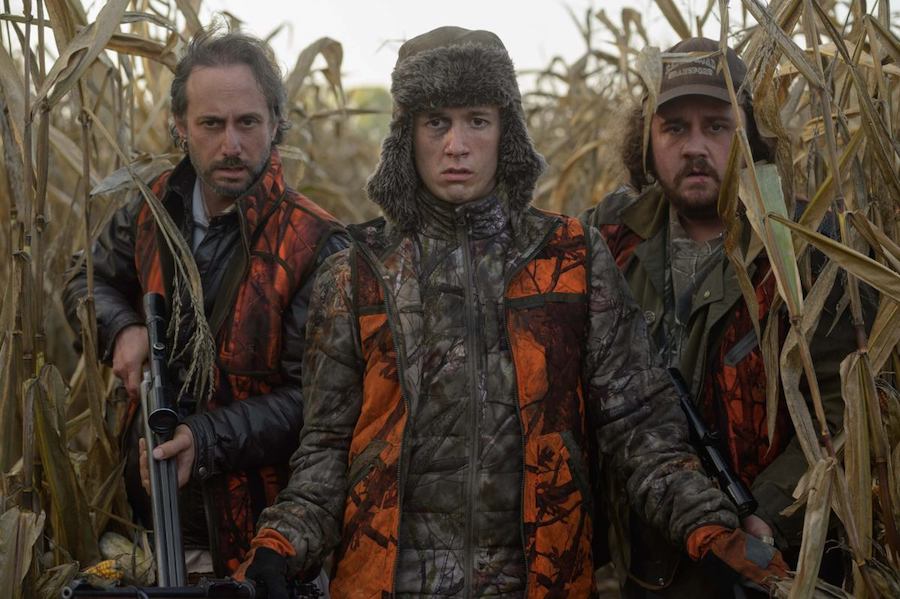 If you love the shows that focus on drug dealing, the making and the falling of empires, then Netflix’s German teen drama, ‘How to Sell Drugs Online (Fast)’ is the one that you simply can’t miss. In contrast to other shows that have adults, at least in their late 20s, this one follows the story of a teenager. And if that’s the one thing that has been keeping you away from it, you should know that its more of a strength than the weakness of the show.

The first season of ‘How to Sell Drugs Online (Fast)’ had been an impressive feat, where in the matter of six half-hour episodes, it managed to not only tell an intriguing story but also developed its characters considerably. The second season of the show not only benefits from that but also builds from it. It surpasses the first season for all intents and purposes and sets the stage for the third season, the anticipation of which will probably be much worse to bear.

Picking up where it had left off in the last finale, we find Moritz, Lenny, and Dan wondering about their future with the Dutch. They have made around a million euros now, and agree that it is time for them to leave the drug dealing for good. Moritz goes to Rotterdam, prepared with his eloquent speech about how they would like to silently walk away from the drug empire they have created. But he changes his mind at the last minute and talks about expansion instead.

Back home, he tells Lenny and Dan that the Dutch had threatened to kill them, which means they don’t have a way out now. Meanwhile, he mends his relationship with Lisa, who is none the wiser about his work. She had walked in on his drugs in the Season One finale, but he managed to convince her that he had been helping Dan with some problems he had with his drug dealers.

Now that everything is going well, Mortiz thinks about keeping his professional and private life separate, but it proves to be more difficult with time. Lenny’s new girlfriend, Kira, comes into the picture with a persona that pronounces mayhem and Moritz becomes wary of her. He tries to stay on top of everything, but control slips out of his hand and he risks losing his business, his friends, and his life.

The second season of ‘How to Sell Drugs Online (Fast)’ pushes the protagonist further into the world of drug dealing. Being a teenager, he and his friends had a very narrow idea of how easy things would be for them. They met with some danger in the previous season, but it is this time around that they start to face some real problems.

The scope of the story is vast, and the show never hesitates to make us aware of it. But even after that, it keeps its cards close to the chest, leaving a lot in store for the next installment. This time around, it focuses simply on the personal dynamics of Moritz and the people around him. The first season had been about building a business, the anxiety of getting caught, and the rush of success. The second one rises above that and focuses on Moritz’s thirst for more. He has finally found what he is good at and he does not want anyone or anything to take that away from him. But while he sees money, popularity, and fame in his future, his presence is marked with the conflict within his ranks, let alone the dangers from the outside. And this is where the show exhibits its evolution.

The story of Moritz had started as a teenager who wants to win back the girl he loves, and much of the first season had been very teenage-y in its approach to the story. It was exciting in the sense that the danger didn’t exactly scare you. It is a high that lasts for three hours. The second season, however, treads more dangerous territories and adds more intense personal and professional problems in the mix. While keeping in touch with the young adult roots of its story, it also starts to push its lead character in the league of people like Walter White and Marty Byrde. It throws in unpredictable elements to keep Moritz on his toes and, one shove at a time, pushes him further into the darkness.

This brilliant return serves the audience excellently. We get the excitement, the thrill, and the edge of the seat moments that we have come to expect from the series. And nowhere in the middle of this does it ever manage to lose its sense of humor. It digs deep into the insecurities, the fears, the ambitions, and the inhibitions of its character, but all of that happens in a tightly packed season where not one scene is without purpose. It threats to turn morbid, at times, but balances the scales with humor and becomes a sort of tragicomedy that leaves you wondering about the fate of the characters.

All in all, the second season does not disappoint one bit. It is another binge-worthy treat that delivers all the fun that it promises. Things move around so quickly that you might get caught in a blink or miss situation, but then, the series commands such rapt attention that you’ll probably forget everything else until you’ve finished watching it.