Howard Pilmar’s Murder: Everything We Know 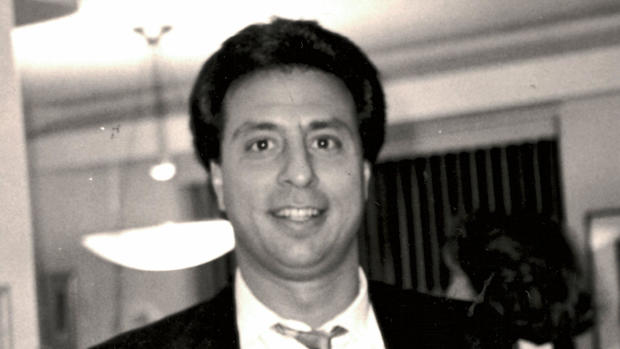 ‘48 Hours’ puts emphasis on a cold case that went unsolved for several years before it too saw its tryst with justice. This was the murder case of Howard Pilmar, Though the police investigators had several links to a list of suspects, it was not enough to make an arrest, or proceed with the case. In any case, years later, the re-opened case saw the family nanny have extensive details of just the right things required to make a breakthrough in the case.

Howard Pilmar was a Manhattan entrepreneur who owned several businesses. Around the time of his death, he had just taken over the family business, a successful office supply store, where he had opened a coffee bar. His wife, Roslyn, was in charge of the coffee business, with her brother Evan Wald to help her with the work. In March 1996, Howard Pilmar was found in a pool of his blood, stabbed over 40 times in the hallway outside Manhattan office.

The investigation began soon after that. The nature of death wherein the killer stabbed the victim dozens of times made the police suspect that it was someone Howard knew because there was the emotional element of much hate in the crime. During the investigation, they found out that his wife Roslyn, and her brother Evan had visited Howard in his office the night before he was found dead. In addition to this, Roslyn Pilmar stood to inherit millions of dollars in life insurance in the wake of her husband’s death. They also found the cuts on Evan Wald’s hand suspicious. However, as the years mounted on top of each other, the case detectives did not find enough evidence to charge either Roslyn Pilmar or Evan Wald with the murder. Furthermore, they did not find any other suspects who could possibly be involved in the case.

Nearly two decades later, the family’s nanny, Allyson, who was a babysitter for the Pilmar household, was instrumental in giving new information that would pave a way for solving the case. She shared the details of how she had to work late the night before Pilmar was found murdered, as a supposed financial meeting Roslyn and Evan were having with Howard was still in the works. She also alleged that she was paged twice, after which she was told that the meeting was still not done. This then paved its path to several other details that eventually lead to the arrest of Roslyn and Evan.

As the case went to trial, the details of several motives were made public. The prosecutors alleged that Roslyn and Wald had plotted to do the crime to inherit $1.2 million as insurance money. In addition, it was stated that the couple was also having marital problems and that Howard had even taken legal advice from a divorce attorney.

Roslyn Pilmar, who had inherited the insurance money and her husband’s business, eventually pleaded guilty in an embezzlement case she was involved in and was sentenced to probation in 1999. So, money as a motive was another argument posited. The prosecutors also alleged that Wald had come to see himself as his sister’s protector. There was also the additional fact that the blood from the crime scene had matched with that of Wald. Also, the attacker was determined to be left-handed, and Wald had the alleged cuts on his left hand as well.

Eventually, in the face of such surmounting evidence, both Roslyn Pilmar and Evan Wald were sentenced to 25 years to life each. (Feature Image Credit: 48 Hours)

Read More: Where Are Roslyn Pilmar and Evan Wald Now?