Hrishikesh Hirway From Song Exploder: Everything We Know 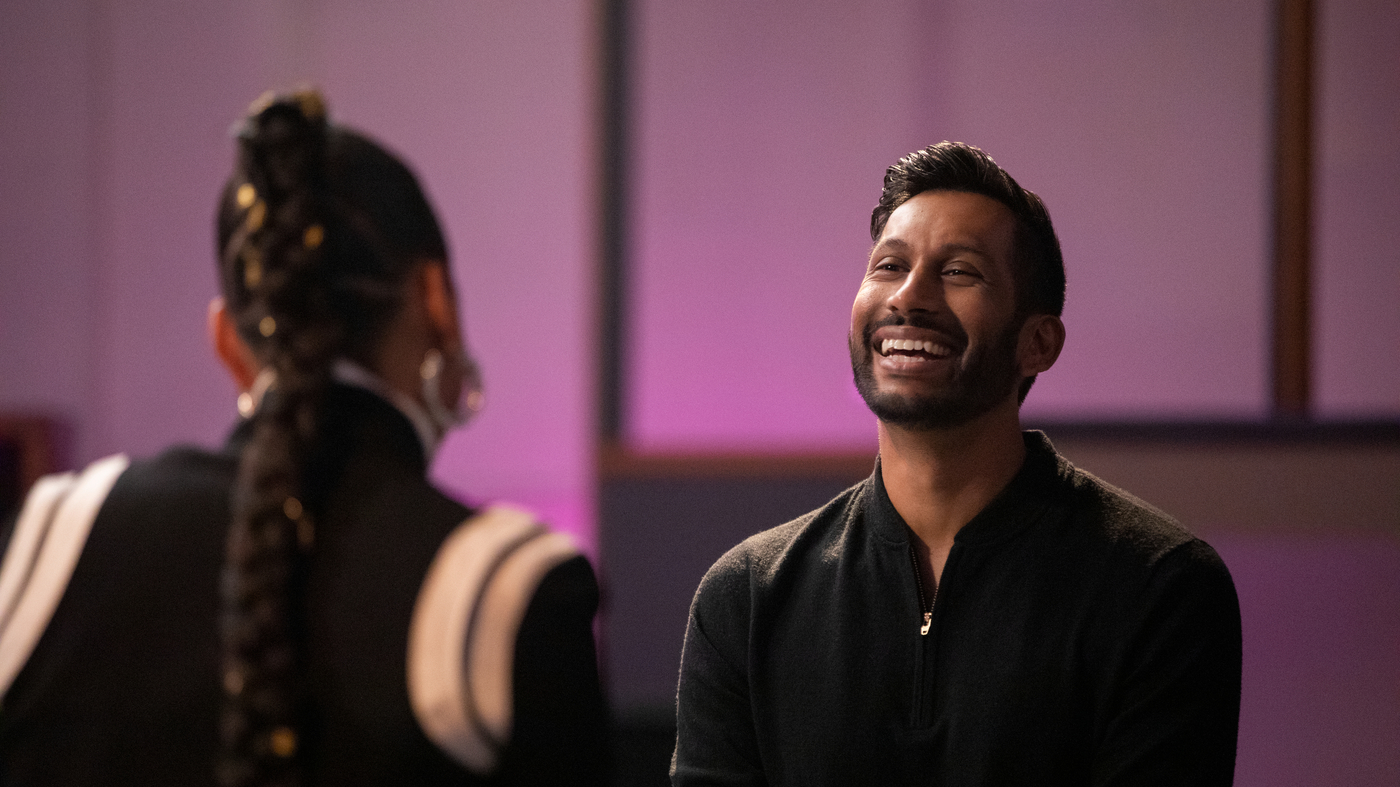 Hrishikesh Hirway is the creator, producer, and host of the podcast ‘Song Exploder,’ which aims to bring to the forefront, every itsy-bitsy detail that goes into creating a song. His keen interest in exploring and understanding each layer of a creative process, be it about composing a song or cooking a recipe, gave him the idea of creating a portfolio of podcasts.

The idea of dissection of famous songs became so popular that Netflix launched the first volume of the intuitive docuseries, ‘Song Exploder,’ on October 2, 2020, and followed it closely with the release of the second one on December 15, 2020. The fan-favorite host has been basking in the newfound glory, and this intrigued us to know everything about him!

Hrishikesh Chandra Hirway was born on February 1, 1979, in Massachusetts to Indian immigrants in the US – Sumesh C. Hirway and Kanta Hirway. His father, a senior principal food scientist at Griffith Laboratories (a developer and maker of food seasonings), endowed upon him a logically reasoning mind with a deep interest in the process of creation instead of the final product. The 41-year-old also has a sister, Priya S. Hirway, who chooses to live out of the spotlight. 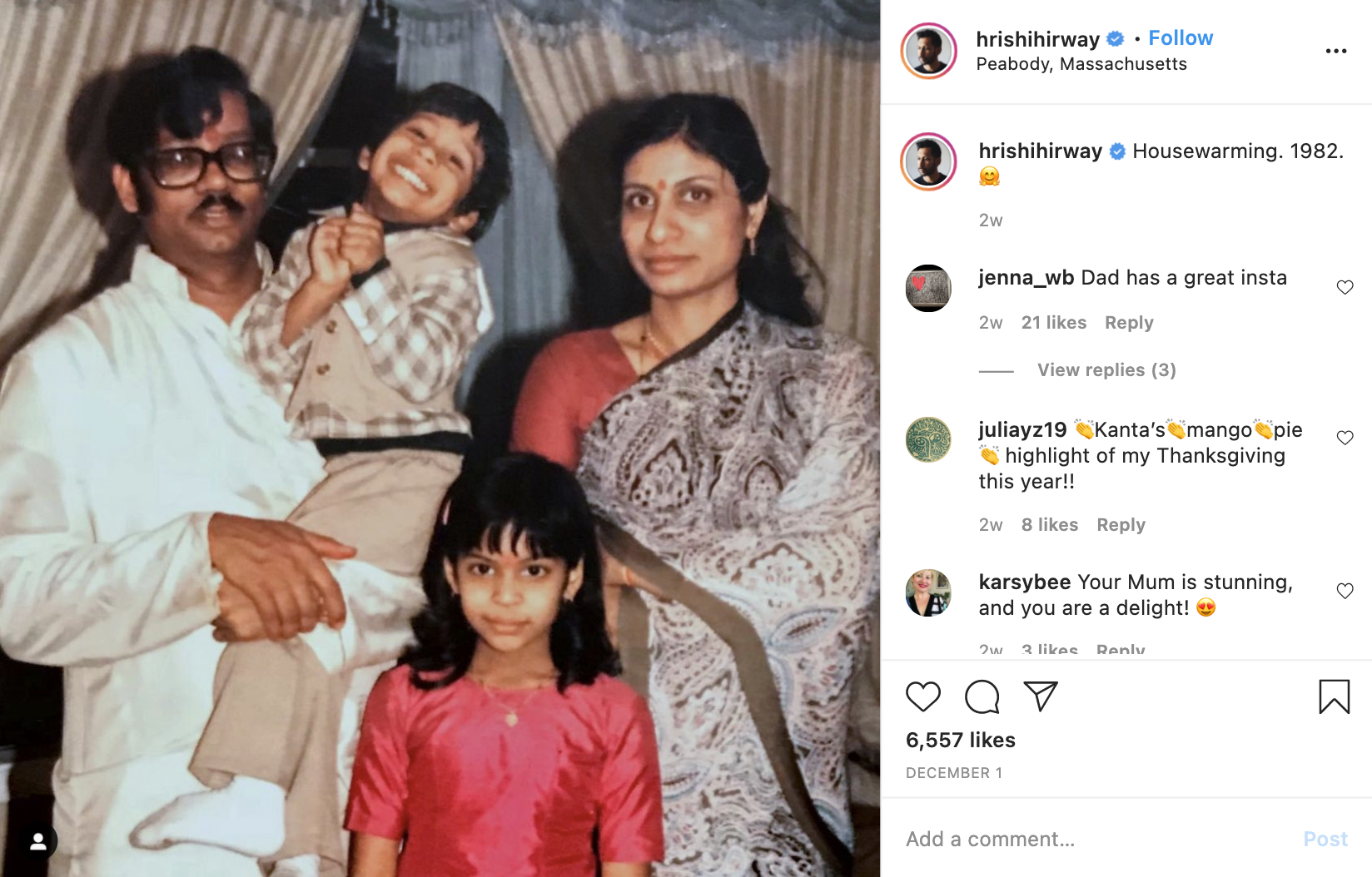 Hrishikesh completed his high school education at Phillips Exeter Academy and earned a Bachelor’s Degree in Art from Yale University located at New Haven, Connecticut. During his college years (1996-2000), he studied graphic design, photography, and film studies before turning towards his passion of becoming a music composer and performer. 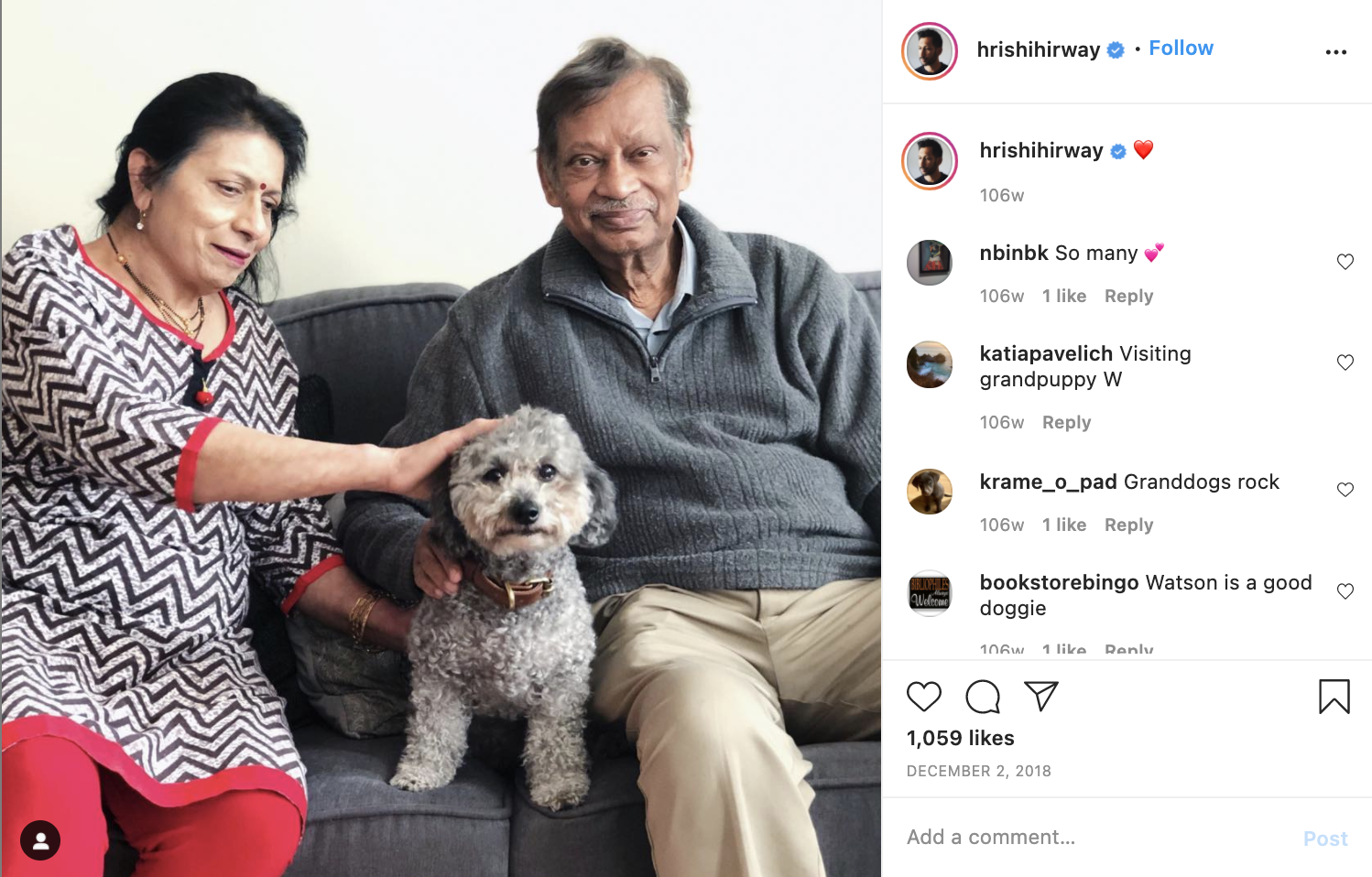 Hrishikesh Hirway worked as a composer and musician in indie bands and for television and films, but his inquisitive spirit made him a star. Along with hosting and editing his hit podcast ‘Song Exploder,’ he works as a writer, recorder, and performer for the One AM Radio, an electronic-pop group, in Los Angeles. Before the show even found its home on Netflix, it was named one of the Top 10 Podcasts of 2015 by Vulture and had already received positive reviews from The Atlantic, The Daily Telegraph, Gizmodo, and many more. 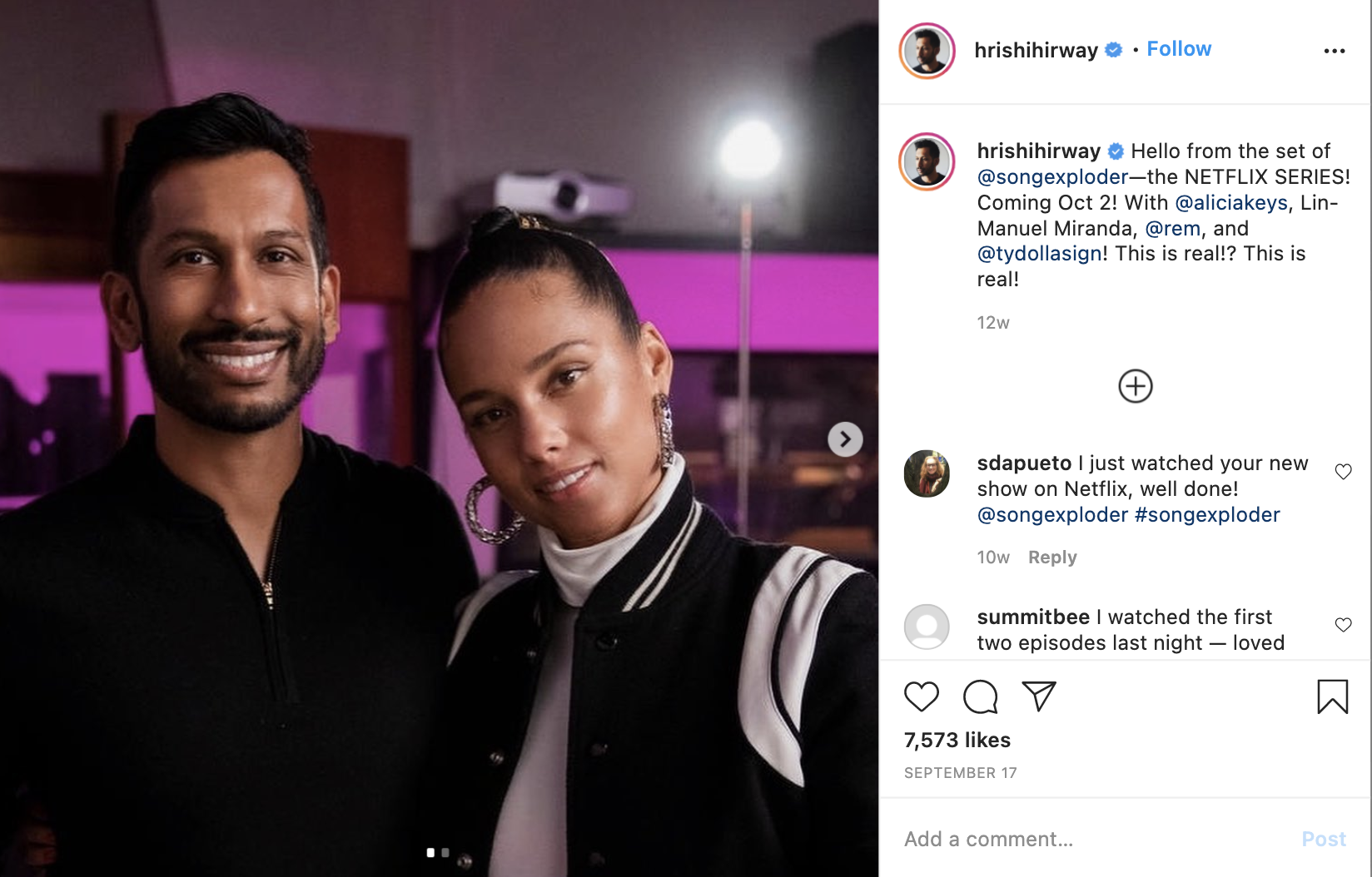 Among various other notable publishing houses, LA Weekly reviewed the podcaster and his impeccable work on September 30, 2015, saying, “Hrishikesh Hirway understands the amount of finesse and perfectionism that goes into crafting fantastic songs. He takes that understanding to interviews with other music makers — some of whom are of the household-name variety — and draws out the best parts and thoughts.” 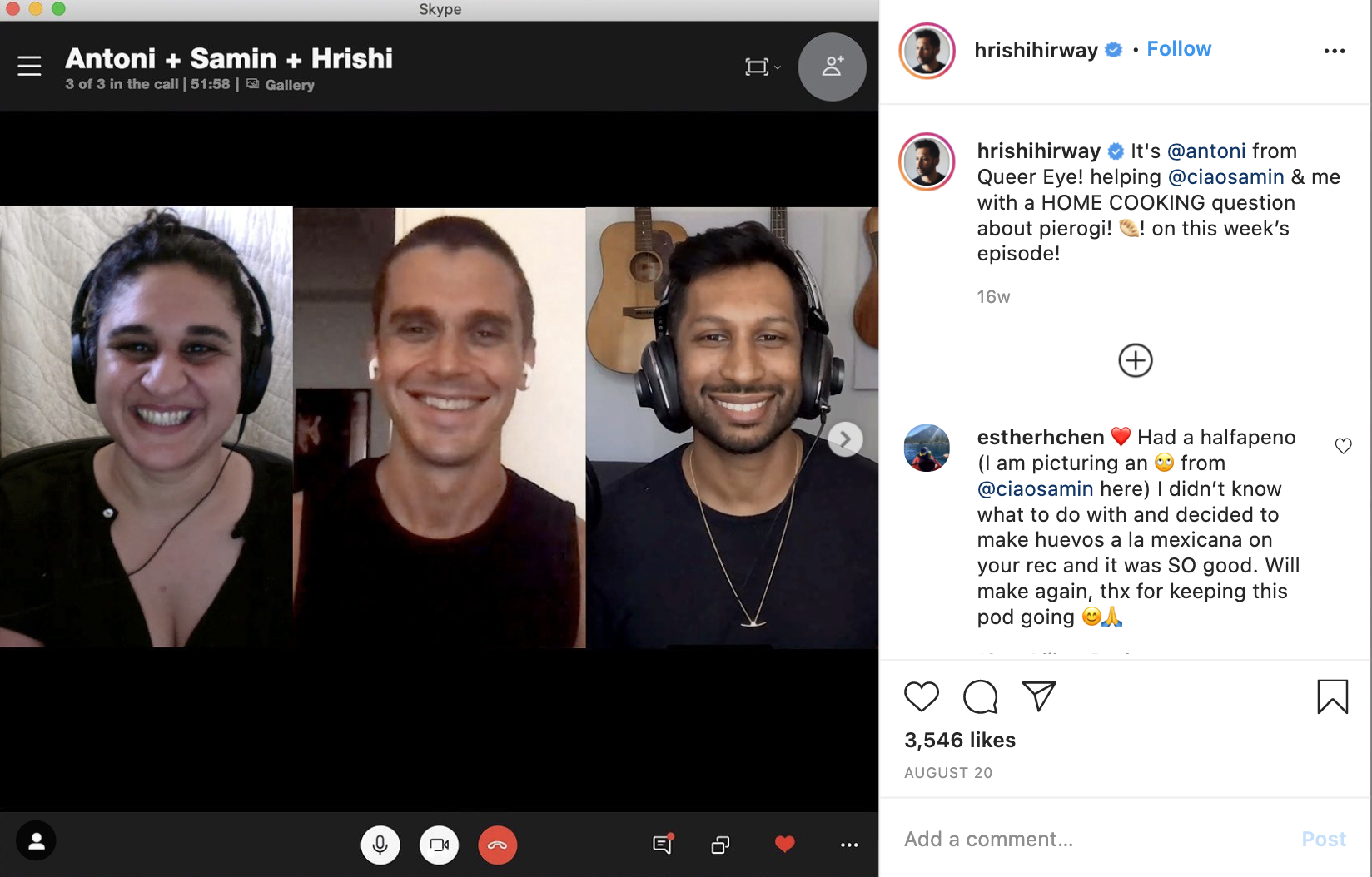 Hirway co-hosted the podcast ‘The West Wing Weekly’ from 2016-2020 and started a fresh one, ‘Home Cooking,’ in March 2020 to provide quarantine cooking advice with a friend, chef, and best-selling author, Samin Nosrat. The talented musician made an appearance at the Music Hall of Williamsburg in Brooklyn and Lincoln Hall in Chicago in addition to releasing four independent albums, including “Heaven Is Attached by a Slender Thread” (April 2011). 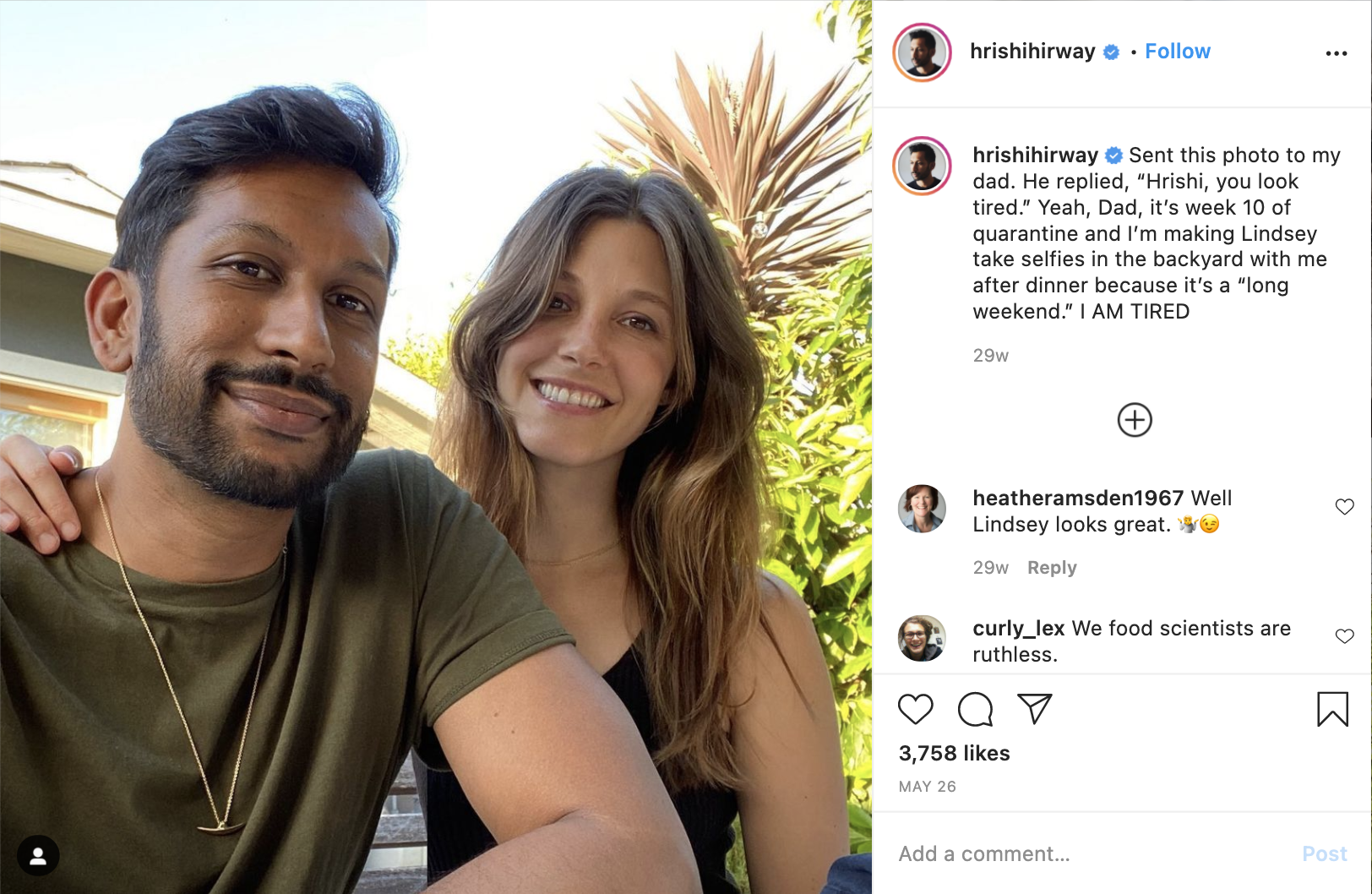 Hrishikesh Hirway met his now-wife, Lindsey Lund Mortensen, the millennial style as he first messaged her in 2007 on MySpace, a now-defunct social networking service. She followed his band page, and in an attempt to enlarge his audience, he came across her profile and found her too “cute” to not stalk. Long story short… Hirway invited her for one of his shows in her city, New York, and they crossed paths at the end of his tour. The couple instantly formed a deep connection and had their first date on September 11, 2007. 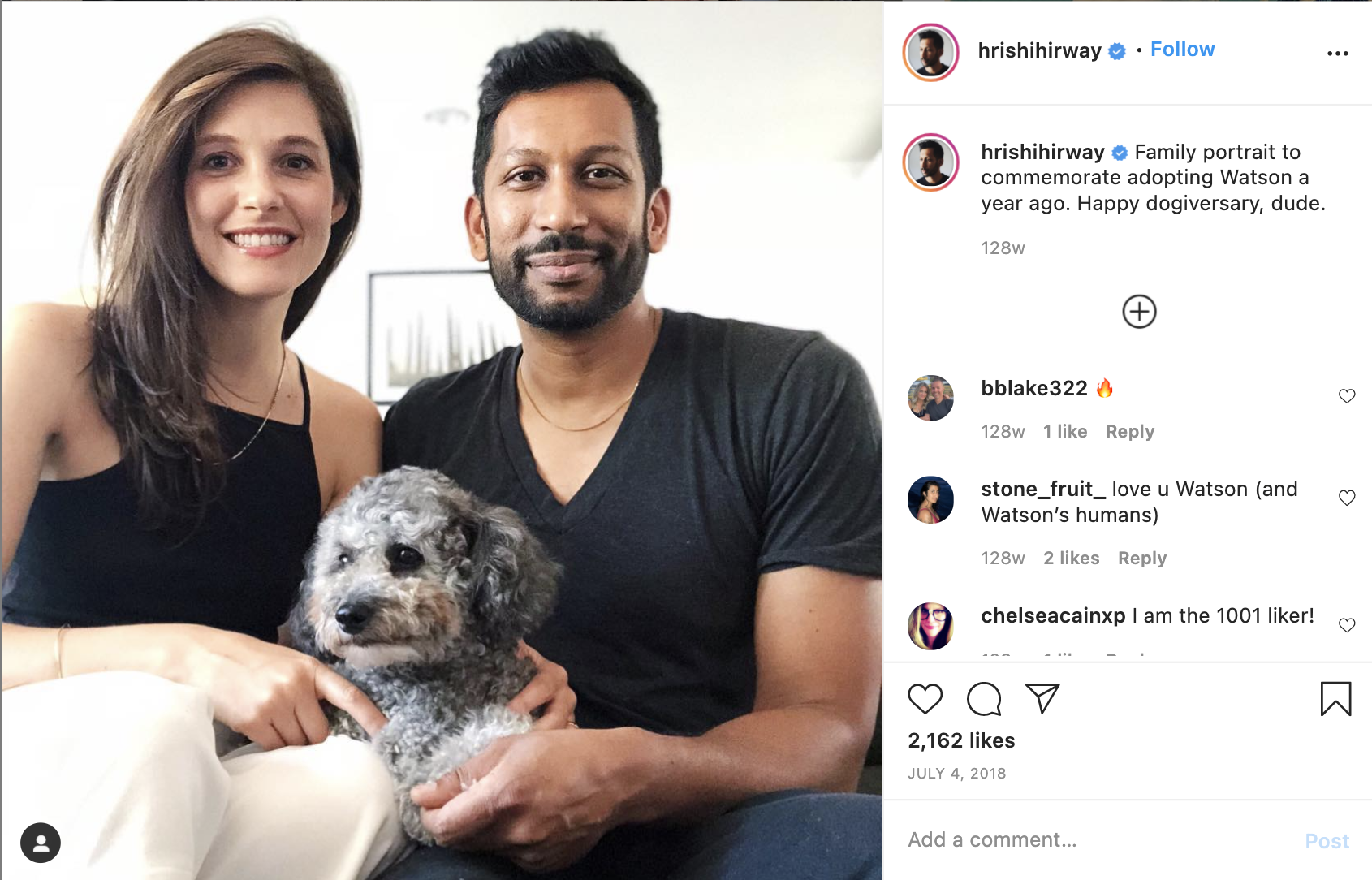 Hirway fell so madly in love with the gorgeous woman that he popped the question over a month later on October 27 (six weeks from the first message). He was still living in LA when they kick-started their bi-coastal courtship. Hirway and Lindsey got married in September 2011, at Korakia Pensione, a bed-and-breakfast in Palm Springs, California. The self-claimed minimalists moved into a 900-square-foot Eagle Rock home in Los Angeles in 2013.

Hirway has stocked the place with Kawai K200 piano, the guitars, bass, mandolin, drum kit, xylophone, and the Minimoog synthesizer. Lindsey, being a fashion designer and an entrepreneur running a successful line of hand-crafted leather accessories, Larsen & Lund, has beautifully adorned her side of the house with a sewing machine and drafting table. The two do not have children of their own but are proud parents to their fur-baby, Watson, a rescued poodle with whom they often share adorable pictures.