Huaiyu and Binyu Chin Missing or Found: Where is Foong Lian Chin Now? 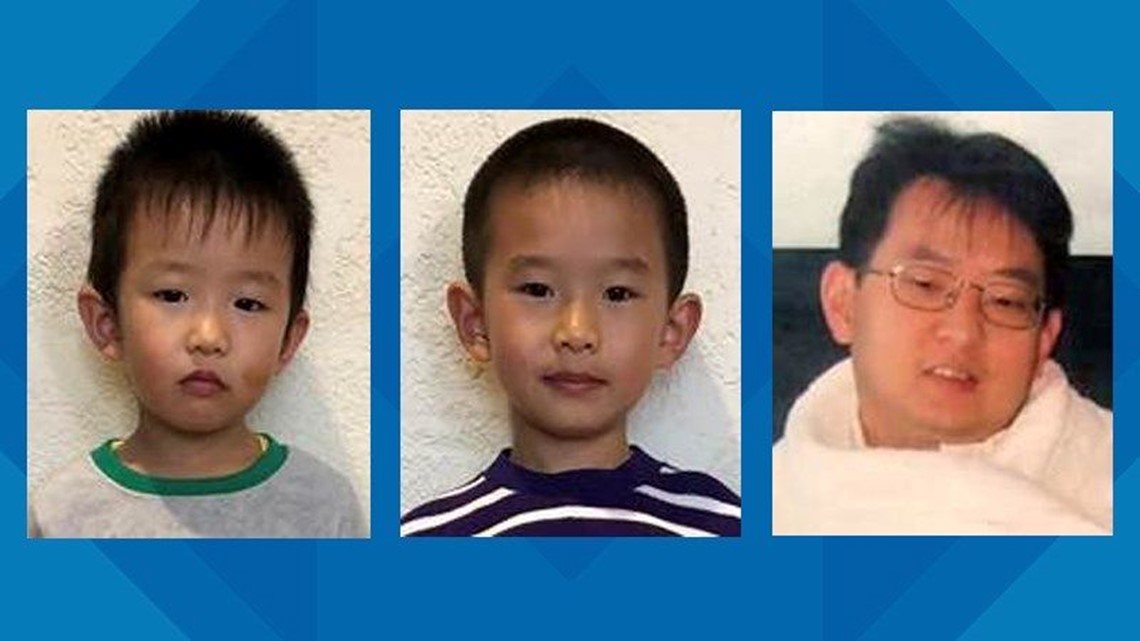 The city of San Diego, California, became the base of a massive missing person investigation when Huaiyu and Binyu Chin went missing from their father’s home on January 12, 2019. Although the children’s father, Foong Lian Chin, only had visitation rights and was supposed to return both boys to their mother, Hongying Buckalew, the following morning, the brothers vanished into thin air. Furthermore, Foong’s own disappearance was what deepened the mystery surrounding the case. Let’s delve into the details of the case up until the present and find out if Huaiyu and Binyu have been located, shall we?

What Happened To Huaiyu and Binyu Chin?

Huaiyu and Binyu Chin were seven and four years old, respectively, at the time of their disappearance. They resided in San Diego with their mother, Hongying Buckalew, and her husband, Raymond Buckalew. The children’s father, Foong Lian Chin, is a Singaporean immigrant who lived separately after divorcing his ex-wife.

The ‘Unsolved Mysteries’ podcast claimed that although Hongying and Foong were initially in love, their marriage soon turned toxic as Foong tried to control all aspects of his ex-wife’s life. He even stopped her from providing for their children, and eventually, Hongying decided that the only course of action was for her to get a divorce.

Still, the divorce was quite contentious, and after a long and hard battle, the judge finally awarded Hongying primary custody of Huaiyu and Binyu while Foong was given visitation rights. Naturally, the latter wasn’t happy with the judgment and was quite open about his displeasure. Still, he could not go against the law, yet Hongying was always on full alert around her ex-husband. Regardless, Huaiyu and Binyu were close to both their parents and loved spending time with each of them.

Such an arrangement continued until January 2019, before things started going horribly wrong. Reports mention that Hongying always suspected Foong might resort to abduction, but she was utterly unprepared when tragedy struck. On January 12, 2019, Hongying dropped Huaiyu and Binyu off at her ex-husband’s house, and the children were supposed to spend the night there as previously agreed upon.

However, there was no sign of the children once the following day arrived, and despite an anxious Hongying trying to get in touch with Foong, her texts and calls went unanswered. She even asked her husband, Raymond, to check on the kids, and the couple finally ended up calling the cops and reporting the incident.

After assessing the situation, a couple of law enforcement officials decided to drive to Foong’s house to investigate further. Once they reached the location, they found the house locked and empty. Moreover, there were no signs of him or the children, and the cops realized they had a serious case at hand.

Are Huaiyu and Binyu Chin Found or Missing?

To this day, Huaiyu and Binyu Chin remain missing, although the police consider the investigation active. Besides, Hongying believes that her children are well and is determined to get them back home safely. Once the police took over the investigation, they thoroughly searched the local areas and even canvassed the area around Foong’s house, hoping for a crucial lead or witness.

Besides, law enforcement officials sat down with several of Foong’s acquaintances, although everyone insisted they knew nothing about the supposed kidnapping. Besides, authorities, along with local volunteers, put up posters all around the city of San Diego, hoping to spread the news about the disappearance.

With time, the case was handed over to the United States Marshals, who conducted their own investigation and put several deputy marshals on the lookout for Foong. The US Marshals even traced Foong’s travel record and discovered that he seemingly crossed the border into Mexico before heading towards the city of Tijuana. Meanwhile, days after the disappearance, a court took account of the incident and awarded Hongying Buckalew full custody of Huaiyu and Binyu Chin.

Where Is Foong Lian Chin Today?

On February 6, 2019, the US Marshals put out a warrant for Foong’s arrest, where they charged him with a single count of parental abduction. The warrant gave the Singapore native a fugitive status in the United States, and in 2020, a report mentioned that his bond would be set at $1 million once arrested. However, even with several deputy marshals on the lookout, Foong continues to evade the authorities, and there is no news about the whereabouts of Huaiyu and Binyu.

Currently, the arrest warrant for Foong is still active, and the US Marshals are offering a reward of up to $1000 for any information that would lead to Foong’s current location. His last known location was in Tijuana, and authorities are cooperating with Mexican law enforcement to make the case to a swift conclusion. However, while the public is encouraged to provide information, authorities have asked people to approach Foong cautiously. On the other hand, Hongying Buckalew and her husband, Raymond, are doing everything they can to get Huaiyu and Binyu back safe and sound.