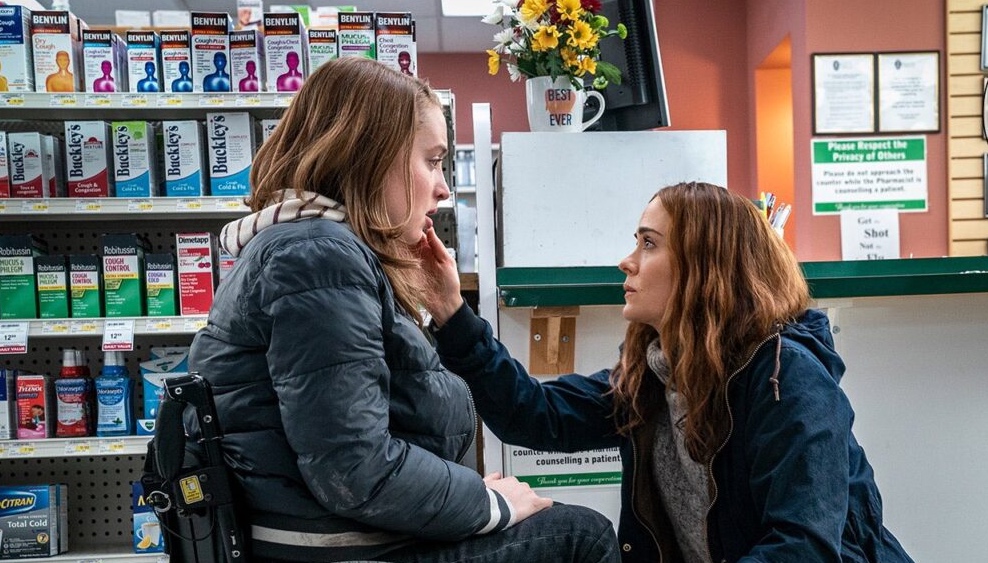 In his 2018 directorial debut, ‘Searching,’ Aneesh Chaganty explored the notion of alienation in the world of social media and instant connection. It’s a cautionary tale against online stalkers and celebrates the deep and steadfast bond between a parent and their child. In ‘Run,’ Chaganty and his writing partner Sev Ohanian have decided to tread on a completely different route.

Here, a young girl with an apparent disability has been raised by her mother, completely separated from the outside world. After she turns 17, she understandably starts craving a more normal life than what she currently has. When she discovers the dark and disturbing secrets about her mother, she realizes that she has no choice but to make her escape. SPOILERS AHEAD!

The film begins with Diane Sherman (Sarah Paulson) in a hospital, praying. She has just given birth to a premature baby, Chloe. As she sees her daughter for the first time, she asks her doctors if the child will be okay. When they don’t answer, she turns to them, terrified of what they might say. On-screen title cards list the five medical conditions that Chloe has -arrhythmia, hemochromatosis, asthma, diabetes, and paralysis – along with brief descriptions of each of them. The movie then shifts to the present. Chloe (Kiera Allen) is 17-years-old now and is wheelchair-bound. 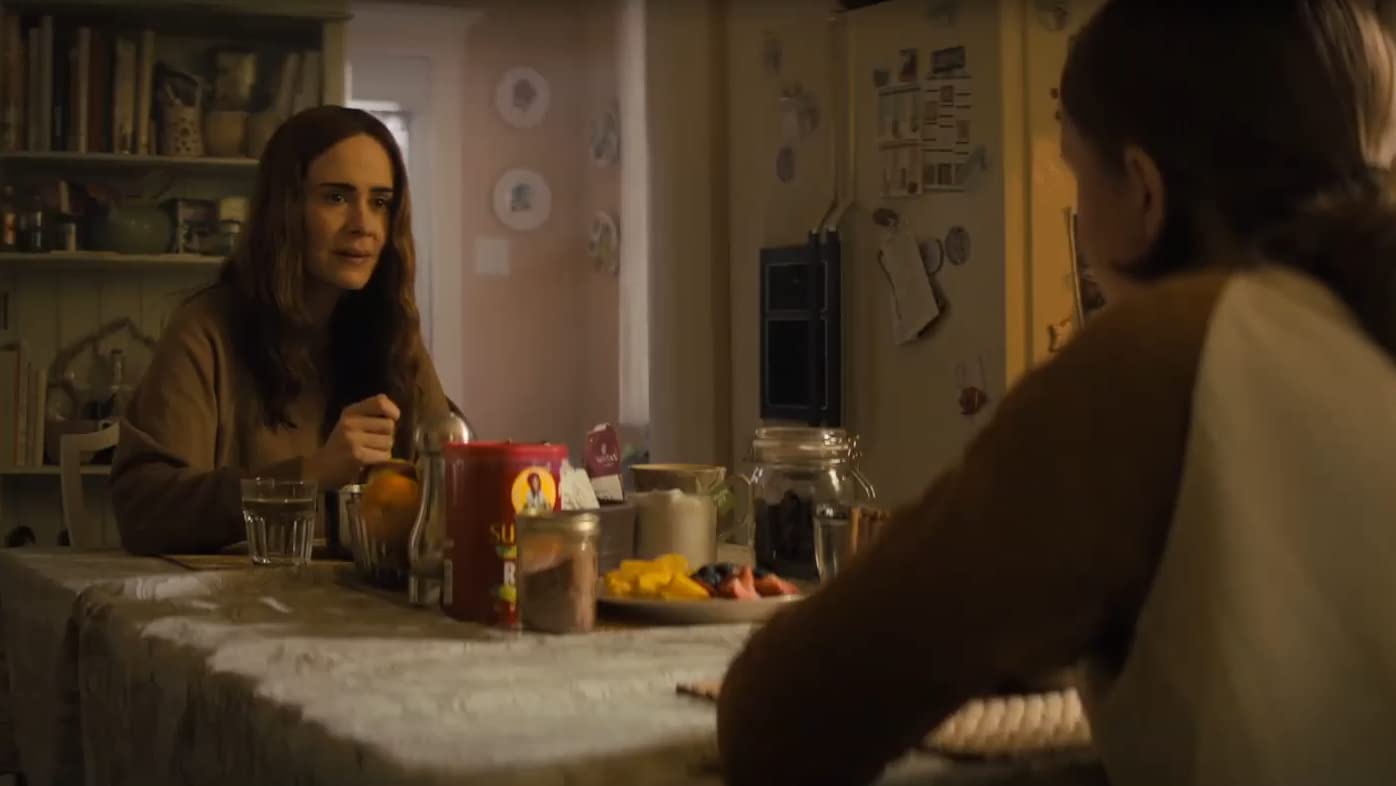 Every morning, she must follow a routine that involves clearing out her throat, applying lotion on her rashes, and taking medicines designated for the day. Diane carefully monitors Chloe’s health and seems to have control over every facet of her life. Chloe gets an inclination of what is happening while innocently trying to acquire some more pieces of chocolates than what her mother divvies out for her. She becomes curious after seeing a prescription bottle with her mother’s name on it and later worries when her mother gives her one of the pills from there and tells her that it’s for her. 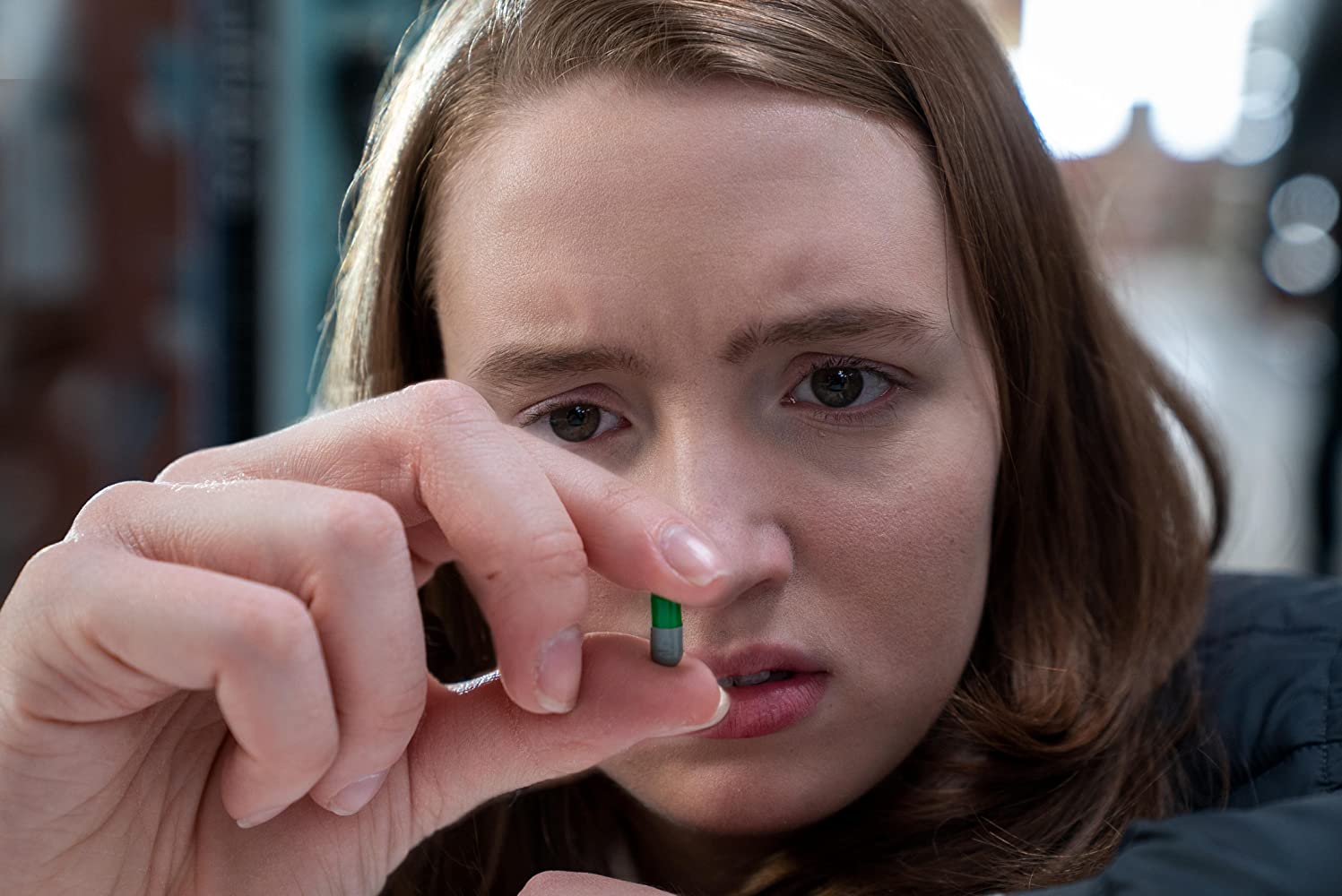 She eventually learns that the green-and-white pills are canine muscle relaxants, given to dogs to ease muscle pain. The implication horrifies her. Diane tries to keep Chloe locked at their home, but she manages to escape. Chloe runs into the local postman, Ted Sherman (Pat Healy), but Diane arrives just in time. She kills Ted and takes Chloe back to their home. Trapped in their basement, Chloe discovers the photographs of her younger self walking. She also finds out that the real Chloe had died not long after her birth at the hospital, and she is actually the baby that Diane abducted from the same hospital.

Chloe forces Diane to get her admitted to a hospital by drinking organophosphate. Despite being secluded all her life, she is well-read and possesses intuitive intelligence. This gets especially demonstrated in the scene in which Chloe escapes from her room and subsequently from the house. At the hospital, the doctors tell Diane that they are regarding Chloe as a high-risk patient as she has just tried to commit suicide. They also inform her that a mental health professional will soon speak to Chloe.

Realizing that she is extremely close to being exposed, Diane tries to take Chloe back to their home but not before the younger woman manages to leave a note for her doctor. As she has stopped taking the medication, the sensations in her legs are returning. With that newly rediscovered ability, Chloe metaphorically stands up to her mother by refusing not to let her move the wheelchair. When the security arrives, Diane, in utter desperation, points her gun at them. They shoot her, and she tumbles down the stairs. 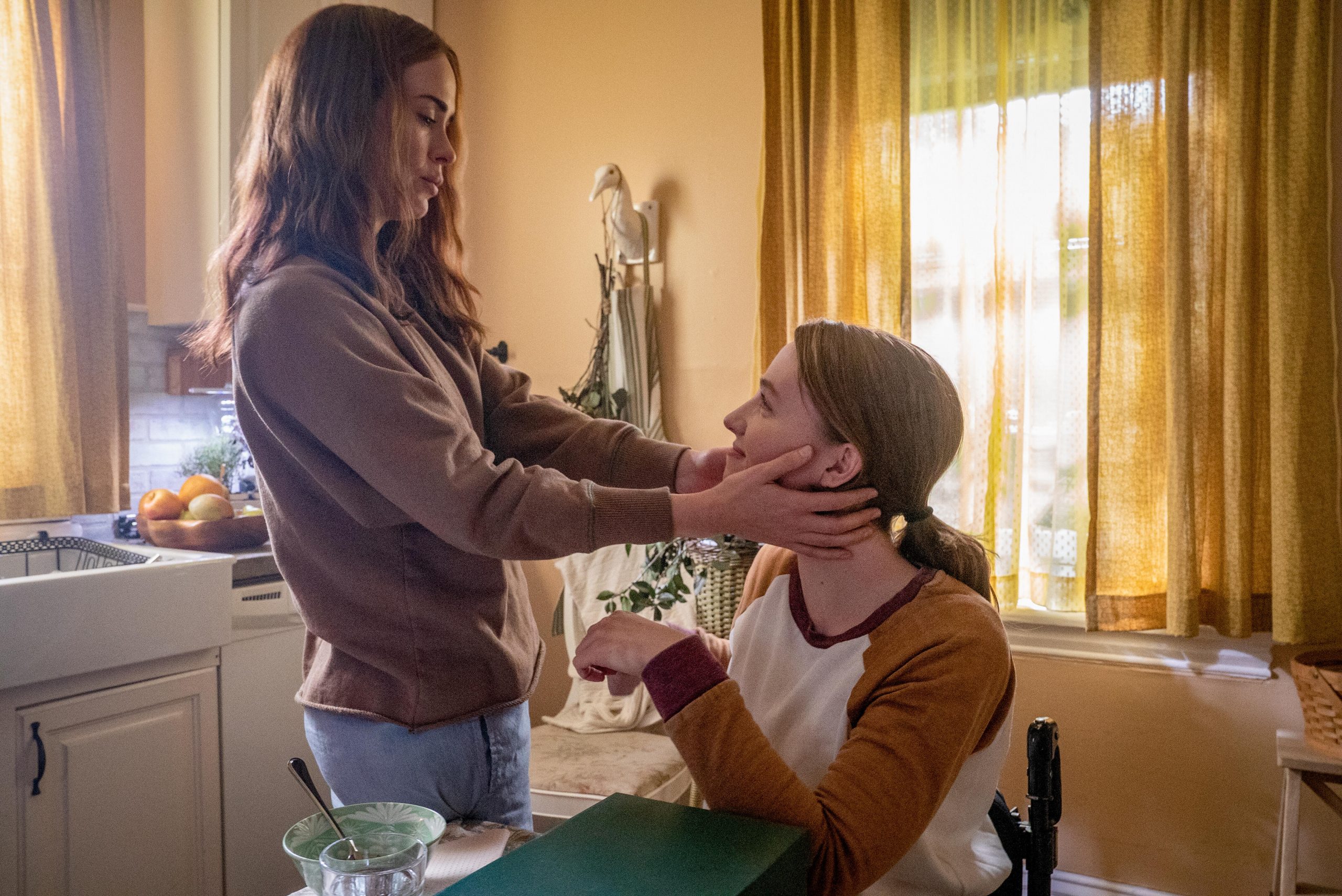 Chaganty’s film can be divided into three precise parts. The first part ends with Chloe learning the truth about the medication, and the second concludes with her hospitalization. The first part showcases the all-encompassing effect that Diane has on Chloe’s life, but at the time, we dismiss it because of their unique circumstances. In the second, it becomes clear that there is something vile and obscene going on here.

The truth comes out right before the third act, effectively turning it into a tale of both triumph and payback. Diane seems like a classic example of a mental-health patient with the Munchausen syndrome by proxy, in which the patients (most often the caregiver) make their victims falsely believe that they are suffering from diseases. Her condition was most likely triggered after she lost her biological daughter. Diane stole Chloe from her real parents and keeps her purposefully sick and secluded all her life.

Although she claims time and again that she will never hurt Chloe, she never realizes that her behavior itself is a form of abuse. Her claims that she did it for Chloe is equally absurd. As her daughter notes, Diane did it for herself. When her child died, her grief took precedence over anyone else’s. She never stopped to consider for a moment about the effects of her actions on Chloe’s real parents. While raising Chloe, she basically forced the child to endure physical, psychological, and emotional tortures, all for a perverted form of self-gratification. 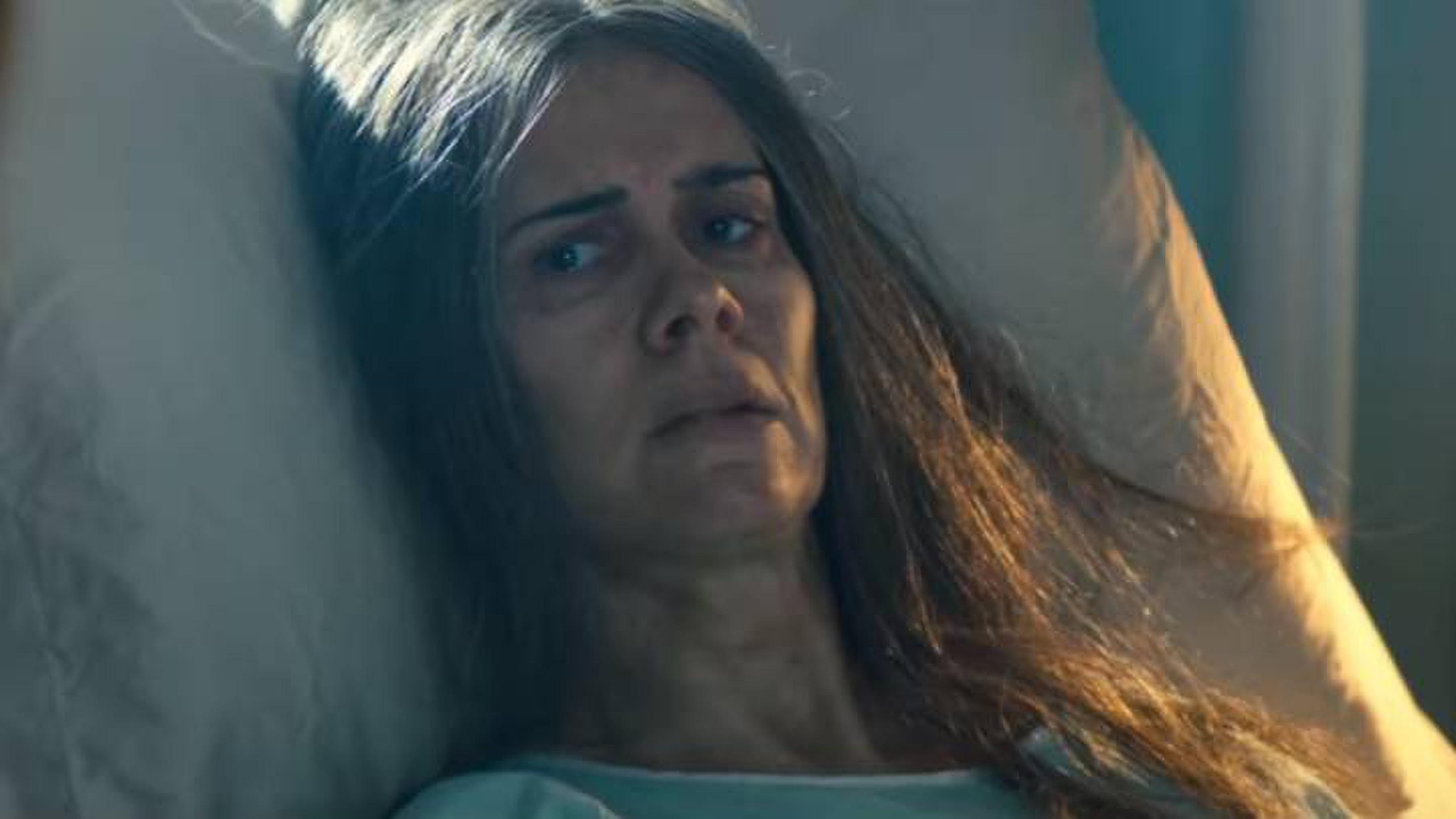 The film could have ended after Diane falls down the stairs. Although Chloe is looking shell-shocked, this is a clear moment of triumph for her. But Chaganty draws the ending out a bit more. He shows that Diane survived the bullet and the fall. She has been incarcerated in a correctional facility and looks like a ghost of her former self. Chloe regularly visits her. She is married now, with a baby girl of her own.

At some point, Chloe reunited with her birth parents, who are now very much part of her life. She evidently has a medical degree now, likely gotten from the University of Washington, the college she was planning to attend all along, and currently works with young amputees. Chloe is leading a fulfilling life, and if it were any other mother than Diane, she would have been happy for her. For Diane, this is torture.

The idea that Chloe can be happy without her is unfathomable for her. Chloe knows this, and it is precisely why she visits her regularly. This is her moment of retribution, and she is making the best out of it. Chloe even smuggles in the same green-and-white pills for Diane to ensure that the woman continues to suffer. Despite the high notes, it’s a disturbing conclusion that shows that Chloe has become as cruel and vindictive as Diane ever was.