I’m the Villainess Season 2: What to Expect? 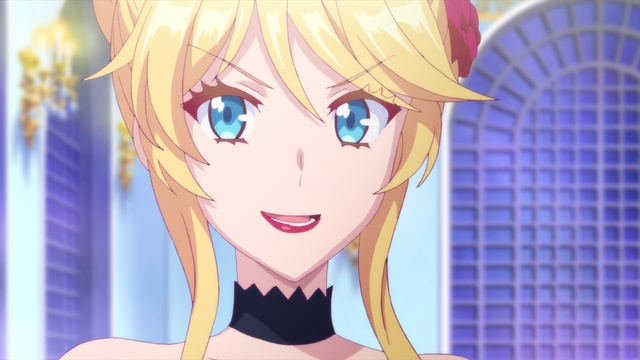 ‘I’m the Villainess, So I’m Taming the Final Boss’ or ‘Akuyaku Reijou nano de Last Boss wo Kattemimashita’ is a romance-comedy isekai series that is based on the light novel series illustrated by Mai Murasaki and written by Sarasa Nagase. The show revolves around Aileen Lauren Dautriche, a young woman whose engagement with crown prince Cedric Jeanne Elmir is annulled so that he can be with his lover. This traumatic experience accidentally ends up helping her recall memories of her past life and Aileen realizes that she is reincarnated in a game world as a villainess.

Unfortunately, the only way for her to avoid her predestined death is to get married to the Demon King, Claude Jeanne Elmir. But the path to his heart is quite complicated and Aileen will have to pass many hurdles to win him over. The interesting story of the young villainess trying to fight against the odds has garnered a decent fan following. After the conclusion of the show’s season one, fans now wish to learn more about its future. In case you are curious about the same, then we have got you covered.

‘Akuyaku Reijou nano de Last Boss wo Kattemimashita’ or ‘I’m the Villainess, So I’m Taming the Final Boss’ season 1 released on October 1, 2022, and concluded several weeks later on December 17, 2022. The anime comprises twelve episodes each with a runtime of about 23 minutes.

As far as the second installment of the isekai series is concerned, here’s everything we know so far. As of now, ‘I’m the Villainess, So I’m Taming the Final Boss’ has not been renewed by Studio Maho Film for a second season. The season finale also did not feature any message by the creators regarding the future of the show. However, it is still possible to speculate about the show based on the information we have as of now. Despite getting an anime adaptation, the manga or light novel sales did not see a significant boost.

The isekai series also had a good overall rating on MyAnimeList while its reviews were generally positive on most online platforms. Previously, anime that has inspired similar audience responses have managed to get renewed and have had multiple seasons run as well. A popular example of this is ‘My Next Life as a Villainess: All Routes Lead to Doom!’ which has a similar theme as ‘I’m the Villainess, So I’m Taming the Final Boss.’ Interestingly, the former already has two seasons so far so Maho Film will expect to replicate its success with the latter as well.

As far as the availability of source material is concerned, the first season of the isekai series barely covers three out of ten volumes of the light novel so far. Therefore, the creators have more than enough content to make two more seasons at this point. If the anime gets renewed in the coming months, ‘I’m the Villainess, So I’m Taming the Final Boss’ season 2 will most likely release sometime in late 2024.

I’m the Villainess Season 2 Plot: What it Can Be About?

In season 2, fans will learn that Aileen and Claude marrying each other will barely lead to a quiet and peaceful life as they will soon find themselves struggling to save their relationship. When Aileen will visit Holy King Baal’s court just for political reasons, she will find herself in a world of trouble after getting included in the king’s harem which will just be the beginning of troubles for her and Claude. While she is there, Aileen would not have much of a choice but to keep her head down and try to seduce the Holy King hoping to eventually make it back to her husband.

Meanwhile, Claude will face a ton of challenges as well. People will close to him will try to ruin his relationship with Aileen while she is away and to make matters worse his father will even expect him to end his marriage. While this is certainly bad, what will truly hurt Claude is the fact that he cannot possibly help Aileen as quickly as he wants because of the fact that his magic does not work on Holy King Baal.