In Bed With a Killer: Everything We Know 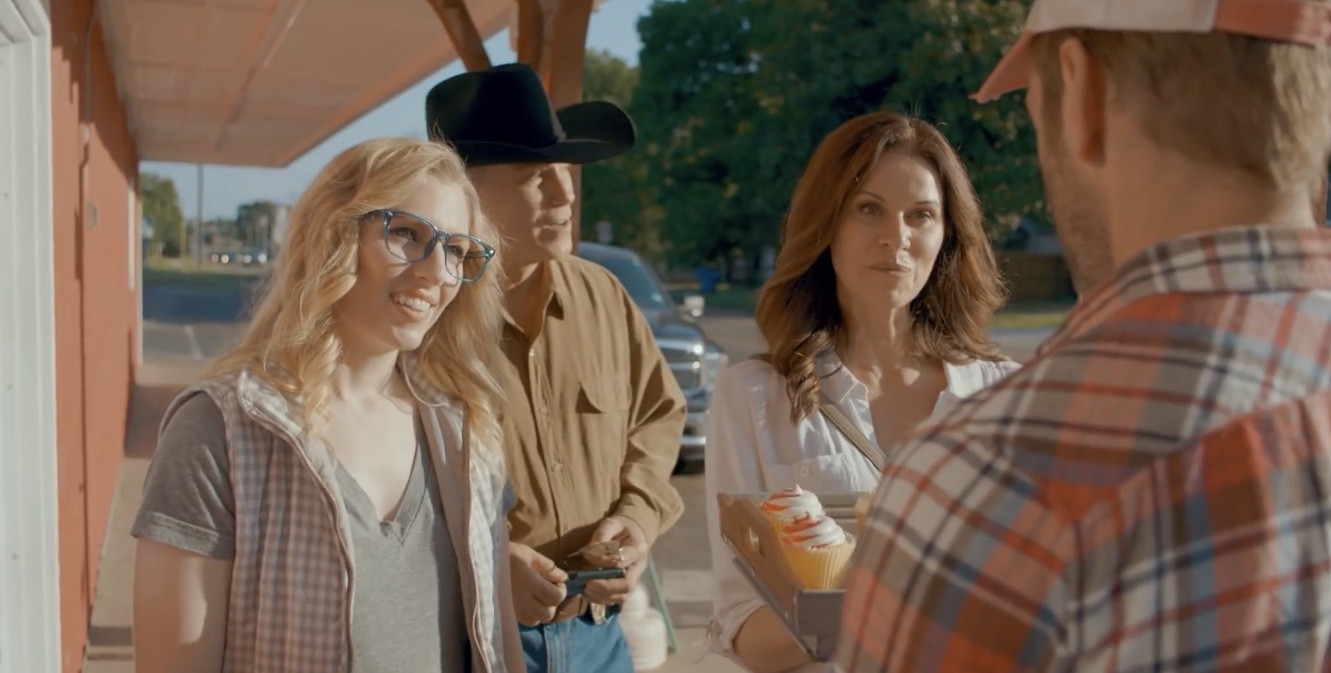 Directed by Colin Edward Lawrence, ‘In Bed With a Killer’ is a Lifetime movie that follows a mother-daughter duo (Lena and Ashley) moving to a new town. It is where Lena meets Michael, a charming young man sweeping her off her feet. But Lena is unaware that the man has secrets. The worst thing is that her new friends keep disappearing one by one, and Michael might have something to do with it. Lena must now solve the mystery before it’s too late. ‘In Bed With a Killer’ is another spine-chilling thriller that would appeal to you if you’re a fan of Lifetime movies. If you want to know more about the movie, we have got you covered. Here are the details for ‘In Bed With a Killer.’

In Bed With a Killer Filming Locations

The movie was filmed from July 2018 to August 2018. If you’re wondering where the movie was shot, you wouldn’t be surprised to know that its filming took place in Guthrie, Oklahoma. The state encompasses a terrain ranging from arid plains to subtropical forests and mountains, which deems it as a suitable filming spot. Let’s discover more details about the movie!

‘In Bed With a Killer’ was shot in Guthrie, a city situated in Logan County. It is a compact little city and a part of the Oklahoma City Metroplex. Guthrie is an important city in the States because it houses late 19th and early 20th-century commercial architecture. Because of this, it is designated as a National Historic Landmark. Besides, the city is home to Stone Lion Inn BnB, which has been declared one of Oklahoma’s most haunted locations.

The production team spent over two weeks filming the movie while availing the Oklahoma Film Enhancement Rebate Program. They additionally chose Oklahoma as the shooting location because of the tax incentives it generally offers. Most of the scenes in the film were shot in downtown Guthrie, which comprises the commercial area. Guthrie’s Ace Hardware, situated at 512 South Division Street, stood in as Michael’s hardware store in the movie. 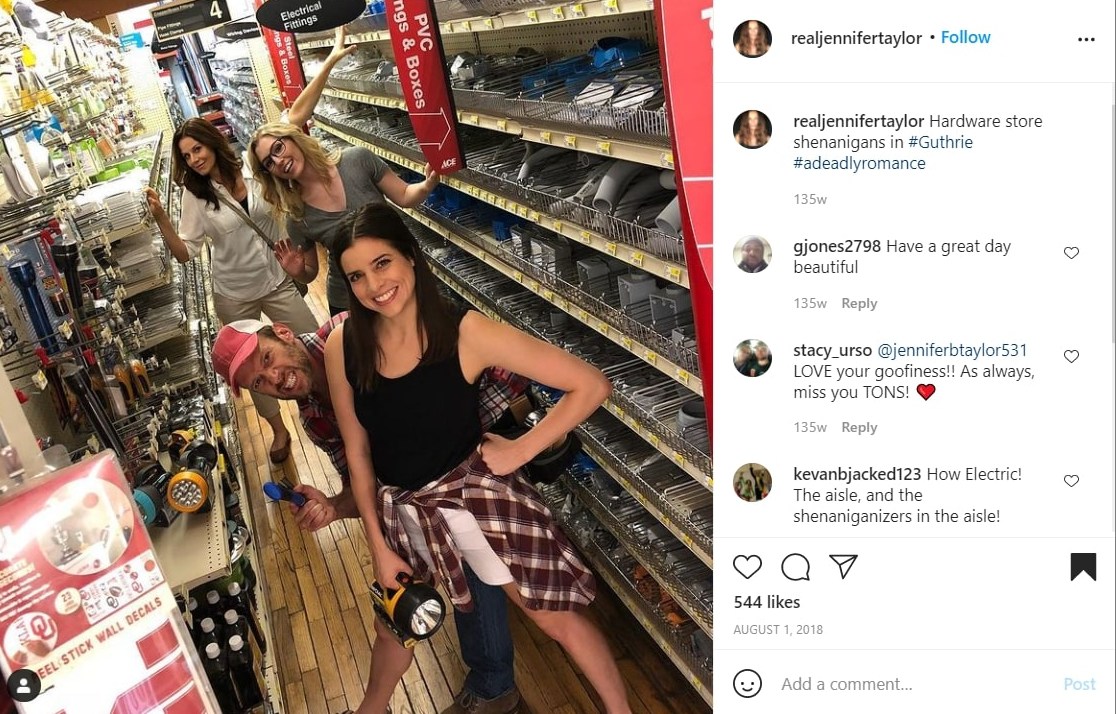 Guthrie also appears in other productions such as ‘Rain Man,’ ‘Public Enemies,’ and ‘Ghost Hunters.’ During the shooting of ‘In Bed With a Killer,’ actor Jennifer Taylor shared a few behind-the-scenes moments with the world through social media. 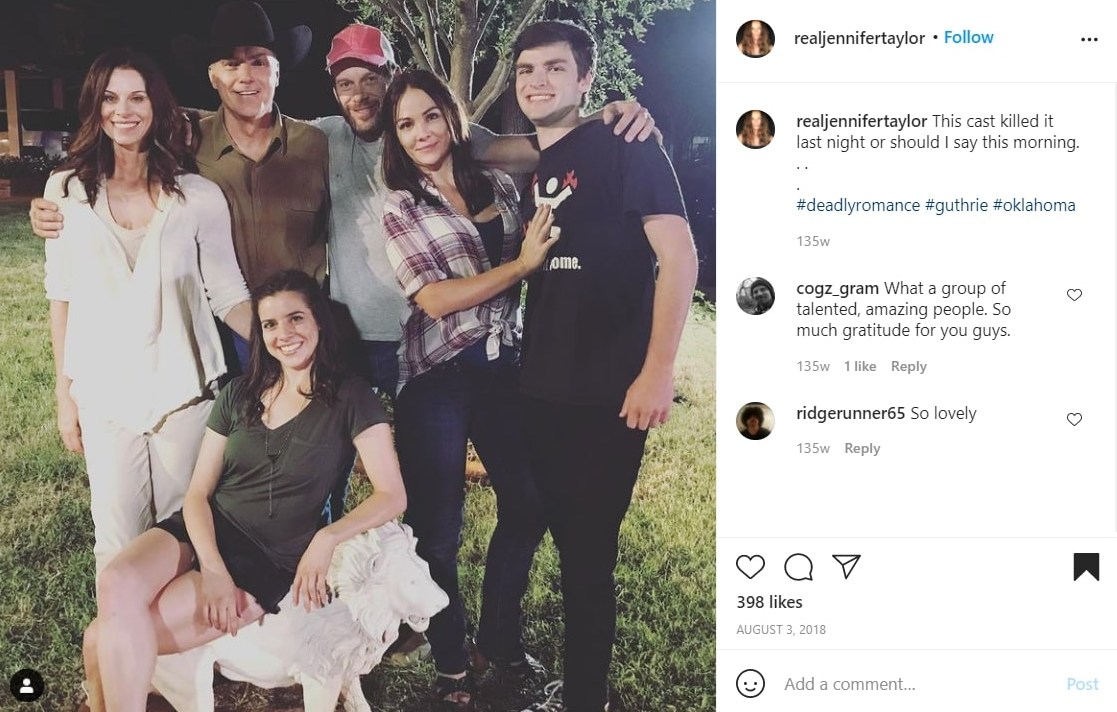 In Bed With a Killer Cast

‘In Bed With a Killer’ features Jennifer Taylor as Lena Mitchell, a single mother who moves to a new place along with her daughter. The actor’s previous works include ‘Two and a Half Men,’ ‘God’s Not Dead: A Light in Darkness’ and ‘Shameless.’ Ryan Patrick Shanahan stars as the handsome but suspicious hardware shop owner, Michael Ashford. Ryan is best known for his work in ‘Sinister Minister,’ ‘Saints vs. Scoundrels,’ and ‘Snapped: She Made Me Do It.’

Is In Bed With a Killer Based On a True Story?

No, ‘In Bed with a Killer’ is not based on a true story. But the plot is a scary one that makes you question your life choices. The screenplay and story are credited to Colin Edward Lawrence, Richard Switzer, and Erin Murphy West. Formerly known as ‘A Deadly Romance,’ the film is about Lena, a mom who relocates to a new town with her daughter and starts dating Michael, the seemingly perfect guy. But Lena’s new friends start disappearing one by one, and she realizes that Michael has a questionable past.

The concept of relocation is tied up with a feeling of aloneness and vulnerability, which sometimes puts people in danger. Hollywood flicks often utilize this trope in thriller or horror, or even murder-based genres. In this Lifetime Original, Lena movies to a new place where she is charmed by the owner of a hardware store. As she is new in town, she has no idea about the people there, which makes her a vulnerable character and an easy target. She is mesmerized by Michael, but little does she know that he is a darker person underneath.

Another movie more or less governed by a similar idea is ‘Welcome Home,’ which revolves around a couple threatened by the owner of a rental in Italy. It is where the pair is trying to save their relationship. Another example is ‘The Haunting of Hill House,’ which starts with the new inhabitants of Hill House forever being roped into a cycle of horror and death. Hence, even though ‘In Bed With a Killer’ has no semblance to real-life events, it is a chilling story about regular people who become victims of heinous activities.