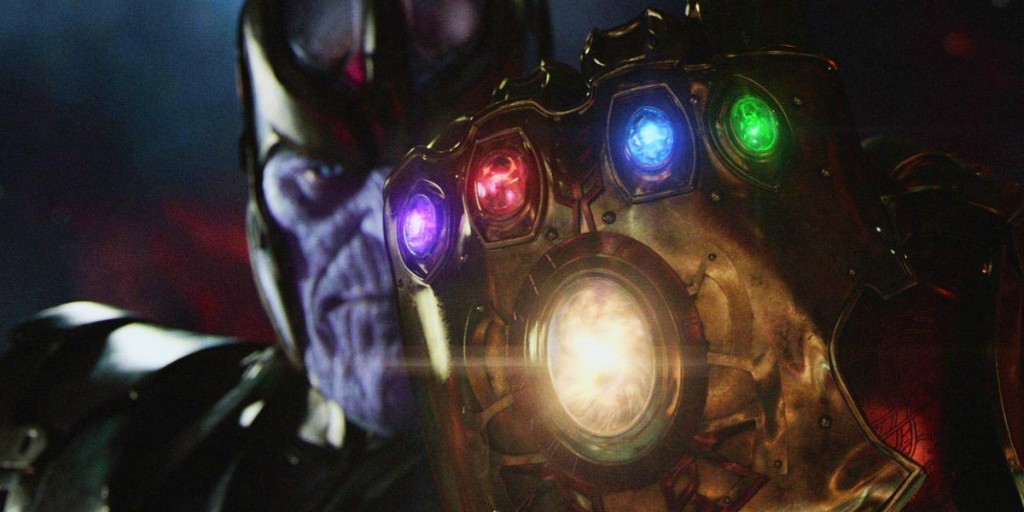 Thanos is about to come to earth, the mightiest heroes must stand up to him. The Infinity War trailer has generated massive hype, understandably, since all this is the big climax that Marvel was working towards. With the movie set to hit the theaters next month, we offer you an easy guide to the objects that are the center of this movie – the infinity stones.

What are infinity stones? – The soul gems as they are known in the comicverse first appeared in the 1972 issue of Marvel Premiere 1#. The stones predate creation itself, they are six immensely powerful singularities that got concentrated into ingots or stones at the time the universe was created. The six stones are unique and have different powers and have been used by civilizations knowingly or unknowingly time and again over the millennia. However, the stones’ extreme power means that none but the most powerful beings in the universe can come in direct contact and harness the power of the stones – thus the stone in its original state can be wielded by Celestials.

However, when placed in specially designed containers the stones’ powers can be harnessed by almost anyone, for example, the Eye of Agamotto being wielded by Doctor Strange. The stones are believed to be sentient and from Age of Ultron, Marvel has insinuated that Thanos has begun to actively search for the stones rather than sending agents like Loki (Avengers) or Ronan (Guardians of the Galaxy). So before Thanos finds out where the stones are and all hell breaks loose, let us take a look at the stones, their powers and how they would help Thanos become essentially the most powerful being in the universe. 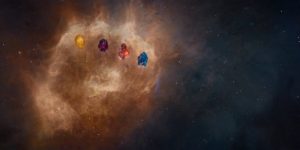 Okay, we start with the one we know the least about. This stone has so far remained a secret in the MCU and the big reveal will come in the Infinity War movie itself. However, that hasn’t stopped fans from speculating where the stone might be. Most popular opinions favor Wakanda –  the super advanced fictional country in Africa and home of the Black Panther. It has been suggested that the vibranium meteor which landed in Wakanda contained the soul stone and the Black Panther movie teases it a bit since the meteor glows with a light emanating from within. Black Panther’s powers have been linked to this stone and the ability to glimpse into the ancestral plane after consuming the flower suggests similar powers of the soul stone as well.

There has also been one crazy theory post the second infinity war trailer, that Captain America might be the soul stone, but there is an equally crazy theory that Tony (Iron Man) has the soul stone inside him. However, these can be dismissed as idle ruminations and the evidence in the previous movies, coupled with the intense fight sequence outside Wakanda suggests that the stone might be there which is why Thanos turned his attention to the country in the first place.

Powers: The Soul Stone gives the wielder the essential power over death – the wielder can capture and torture souls and allows the wielder to bring fallen souls to life. This mastery of death would allow Thanos to resurrect any countless numbers of his fallen army or even bring back any of the heroes’ lost members just to emotionally befuddle them – imagine Peter seeing Uncle Ben in the midst of battle or Steve Rogers seeing Peggy Carter. Furthermore, the stone contains a plane called the soul world, which is essentially occupied by souls like an afterlife kind of situation. One of the heroes, battle weary, might just consider the option.

And now we shall backtrack into the MCU to locate the other stones. The Time Stone appears in Doctor Strange as the forbidden Eye of Agamotto which Strange nonetheless uses to save the day. It is revealed at the end that the Eye is actually an Infinity Stone. The working of this is fairly easy to understand since the stone played a major plot device in the movie itself. Strange used it to create an infinite loop to make Dormammu realize the value of time, however, it remains to be seen what Thanos will use it for and whether he can wield it better than Stephen Strange.

Powers: The Time Stone can allow the user to go back, forward or even freeze time. Presuming that Thanos can use it with greater precision, and coupled with the Power Stone (we will come to it later, but it basically increases the power of the other stones as well) the Time Stone would allow Thanos to exist at all times – past, present and, future. Thanos could also age and de-age anyone he chose to and furthermore would remain immortal himself, although I don’t think that’s a major concern for the mad Titan.

Okay, this is one of the most powerful stones and one we know a fair deal about. We have seen the basic function of the mind stone in the Avengers movie where Loki used his scepter to make others do his bidding. Remember Hawkeye and Eric Selvig? Loki’s scepter wasn’t actually a blue shiney thing that had power as we formerly believed, in Age of Ultron it was discovered that the scepter actually contained a gem which is the Mind Stone. Why Thanos would willingly give an Infinity Stone to Loki is up for debate – maybe he thought that giving Loki one to get another Infinity Gem (Tesseract) was a good bargain. However, he didn’t get either in his first attempt.

Furthermore, the Mind Stone didn’t just let Loki manipulate people, it gave life to Vision or at least gave life to a stream of consciousness. It was also responsible for Scarlet Witch’s powers and as we have seen in the trailer it can make Vision look human. That’s one powerful stone to have in one’s gauntlet.

Powers: The Mind Stone can apart from manipulating people, capture emotions and channel them into power. The comics have shown Thanos’ rage at one time being expanded by the mind stone to encapsulate the entire universe. Furthermore, the stone allows access to one’s dreams, fears, fantasies and you can bet that Thanos will use this tactical advantage to one-up our heroes, we are assuming from the trailers that Vision loses the mind stone to Thanos, we only hope that he lives himself. 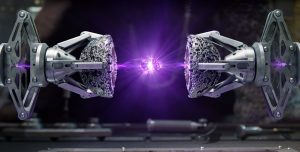 This stone first appeared in the Guardians of the Galaxy and we figured out that these stones could not be wielded by everyone. This stone, as we saw in the movie, is basically power contained in a stone. It can destroy anything – the bigger the object, exponentially greater the destruction. It gives the wielder greater physical strength too as we saw in the case of Ronan. It’s a good thing that the stone was taken from the radical Kree and returned to Xandar, however, by the looks of the trailer where the opening scene shows a sun-like celestial orb, we believe that it might be the remnants of Xandar after Thanos attacks the planet looking for the stone. It isn’t a far stretch since the trailer shows Thanos land with already two stones in his gauntlet, the power stone being one.

Powers: The Power Stone increases the wielder’s strength so Thanos would be physically stronger than he is. It would allow him mastery overall power in the universe which would essentially allow him to render our heroes’ attacks as ineffective and last but most importantly, the stone allows the other stones to exponentially increase their power to the maximum, so it would allow the time stone to allow Thanos to be present at all times simultaneously, or allow the mind stone to access every mind in the universe rather than just one mind at a time.

This stone first appeared in Thor: The Dark World but not in the concentrated form. We saw it as the fluid aether. This movie showed us the sentient nature of the stone as it chose Jane Foster as a host and from what we could understand from the dark elf Malekith, the reality stone could change all matter into dark matter. It is unclear to us since neither of the Jane nor Malekith could use this stone to its full potential.

Powers: This stone is almost like a cheat code since it has the power to change reality. We predict impositions being placed on this stone since it would be a wild card otherwise – for example even if the heroes beat Thanos, he could just change the reality to one where he wins with the help of this stone. Pretty sure the stone will, however, be used in battles against the heroes to change the reality of minuscule things to throw them off balance. 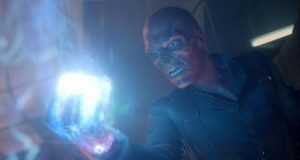 This stone has perhaps been on earth for the longest time since Red Skull has been tracking it during World War II (Captain America: The First Avenger). However, it was known as the Tesseract for the time it was on earth. The cube resurfaced in Avengers, and we figured out a little more about its power. It can open portals anywhere. However, Loki’s schemes being overcome the cube was returned to Asgard and when the Asgardians returned the reality stone to Tivan, we realized that both the Tesseract and the aether were infinity stones as they told the collector that it was unwise to keep two such powerful things in one place. We presume Loki did pocket the Tesseract during Ragnarok, which would explain Thanos getting his hands on it in the trailer.

Powers: This stone would effectively allow Thanos to teleport anywhere on earth at moment’s notice and an ability to conjure an army or backup at any time and any place. His ability to be at any place and at all times truly goes to show how godlike these stones are likely to make this already powerful villain. We can’t wait for Infinity Wars to see how the earth’s heroes stand up to an all-powerful god bent on destruction.