15 Best Movie Stunts of All Time 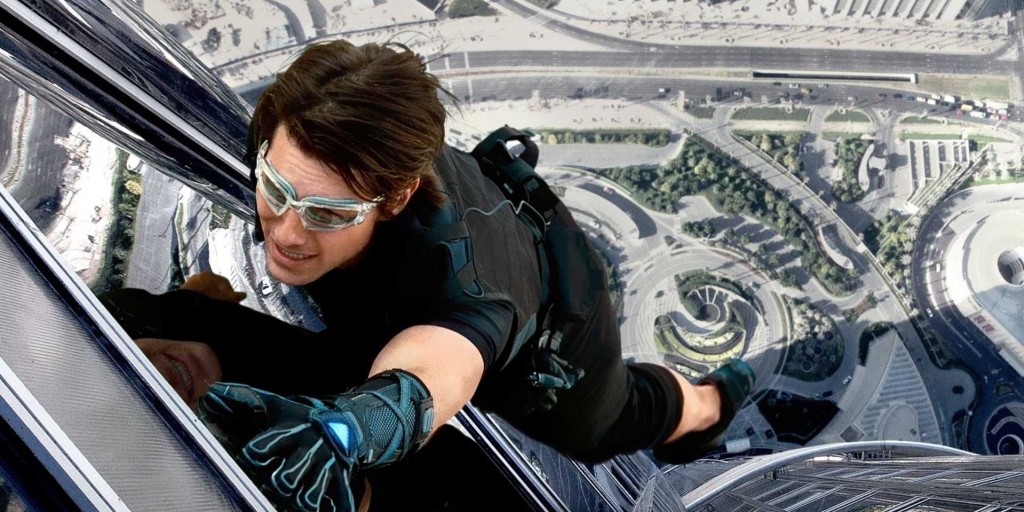 Movie stunts. Not stuff you do on the red carpet for 10 secs of glamour, no. I’m talking about the craft of dedicating yourself to a small segment in filmmaking that could affect the entirety of your life. “Danger may be real, but fear is a choice”. And while researching for this article, I was surprised to see so many stuntmen who pursue danger to defeat the fear associated with it. They are not only people who excel at their art, but win at life and over death. For every second that they breathe, death will always be trying to make a considerable effort in its next move to trump them. They are the unsung stars of Hollywood, who’ve incessantly helped the industries reach greater heights to provide entertainment.

Some of the choices below also include actors who decided to dismiss the role of being a passive member of the stunt. Here is the list of top movie stunt scenes ever. Sure, most of these have been performed by stuntmen, but still they are breathtaking. The list includes most dangerous stunts in move history.

You wouldn’t believe me if I said stuntman Darr Robinson attempted a 220 feet free fall from the Hyatt Regency Hotel, on to an airbag. But that did happen, and remains the highest free-fall stunt for a commercially released film. The actual footage of Robinson was cut out for weird reasons, and replaced with that of a body bag. Robinson emulated an almost similar attempt in ‘Stick’, where he has a role and the footage isn’t cut out.

Yes, Steve McQueen did set that poor rubber on fire, but for most of the part, it was stuntman Carey Loftin and his crew who handled the cars, to produce the ‘French Connection’ of car chases. To think they came up with this in 1967 is appalling as I remember watching Hitchcock use rear projection in 1963. The two Mustangs drifting and cruising on the streets of San Francisco was an unforgettable experience for youngsters of that era, and this chase is one of the best edited sequences of all time.

Zoe Bell probably covers up for the inadequacy in feminine representation in the stunts sector. She has constantly appeared in one of the best action oriented directors Quentin Tarantino’s films. Though her work for Uma Thurman was impeccable in ‘Kill Bill’, the one scene that really stands out is her death defying performance on that Dodge Challenger in ‘Death Proof’. As Stuntman Mike chases the three women, Zoe is stuck, tied to the hood of the car with a leather belt, which is some lazy writing from Tarantino to be honest.

Though the chariot race in ‘Ben Hur’ might appear normal because of the advancements in both Special FX and CGI in today’s time, coming up with something so sophisticated in 1959 without the aid of safety precautions is a humongous achievement. Legendary stuntman Yakima Canutt directed this triumphant sequence, and this cinematic feat included countless stuntmen and horses with production designing that required a year. It’s impossible for me to cover the lengths the filmmakers went in order to achieve this, and I’d definitely suggest you to watch the movie!

For those who aren’t aware, David Belle is the founder of the art of parkour. So you might be thinking it isn’t surprising that he acted in ‘District 13’, the best parkour movie up to date. But no, though being a master, some of the stunts are so inhumanely synchronized, it’s just floundering to think about how they captured it in a single take. There are shots of Belle squeezing through half a feet wide windows and jumping across floors in an unstoppable and rhythmic fashion.

The iconic roller skating scene in Charlie Chaplin’s ‘Modern Times’ and Harold Lloyd’s Clock scene are both wonderful examples of trick imagery that was utilized in the silent era. Unlike many of Keaton’s stunts, these weren’t actual locations but cleverly placed sets, that built the illusion that are now etched as the greatest moments in vaudeville history. I’ve always loved the concept of physical comedy, an art that is now fading away due to the tiresome “improvised gag” scene.

This is a short film directed by French filmmaker Calude Lelouch. The whole film is a 8 minute drive on the streets of Paris, at a speed of 240 km/hr. There’s no confirmation regarding the identity of the driver, but Lelouch was arrested after it was filmed. Though the film is stunning to look at, and is now regarded as a masterpiece by racing enthusiasts, it harbored terrifying risks for both the driver and any pedestrian that could’ve been caught up in this fiasco. The whole film is one single long take, and that’s what makes it so daunting.

Though this might not be extravagant, but it’s one of those scenes where a split second could decide whether you go on to save humanity from ‘The Matrix’ or not. Keanu Reeves actually performed this exchange, and there was no VFX included. We’re aware of the actor’s strenuous routine hassling out for ‘John Wick 2’, but this had an immeasurable amount of risk involved. Wrong footing, and you’re the most popular roadkill in America. Apparently, even director Jan de Bont wasn’t aware of Reeves attempting to take on the stunt by himself.

You simply cannot afford to leave Mr Bond from this list. The man kicks ass in 5 different ways in every movie, and is always willing to go into a one-on-one, even if it takes place on a cargo plane. The scene with the two men brawling while dangling off the cargo mid-air is breathtaking, and the stuntmen who were two expert parachutists completely aced this!

As much as the plane dropping sequence in ‘The Dark Knight Rises’ shocked me, I have to give it to sight of the truck toppling in ‘The Dark Knight’. It was impactful. We had just witnessed one of the finest chases in an action film, and the procedure to end it was phenomenal. The rig wasn’t remote controlled and stuntman Jim Wilkey was behind the wheel as the vehicle flew into the air, reaching a height of 54 feet on the other end. The above video demonstrates the behind-the-scenes footage!

5. Raiders Of The Last Ark (Terry Leonard and Harrison Ford)

To term Indiana Jones anything less than a superhero would be very unfair. The man has traversed the whole world, and fought enemies across different eras. To hell with the Ark, Indy is the most precious artifact. In one of the most iconic renditions of Yakima Canutt’s ‘Stagecoach’ stunt, Terry Leonard and Harrison Ford both risked serious injuries. The scene involved Indy homaging Canutt by crawling beneath the truck, while it was rummaging at its max speed.

For fans of modern cinema there will be nothing as unforgettable as Tom Cruise’s jaw-dropping exploits on the Burj Khalifa, the world’s tallest building. I remember the time when front pages were raving about the fourth film from the franchise, and there was a lot of uproar regarding the fifth movie too recently. I opted for this because I believe this was very well built cinematically. This sequence was specifically shot with IMAX cameras, and is a testament to Cruise’s status as an action freak.

This is my favorite stunt from the movie, and a marvelous scene from an equally marvelous film. If there was something Italian B-grade films were known for, it was their realistic approach towards the practical aspect of horror. This is a very shocking scene as we see a zombie brawling with a shark, and since the producer couldn’t afford a Special FX team, Ramon Bravo was called to do the necessary. The Mexican legend, dressed up as a zombie, had to grapple with the beast, and no matter how trained it may have been there was always the possibility of the worst taking place.

2. All Of Jackie Chan’s Stunts

Jackie Chan is a master. Seriously, that man has defied death on so many occasions, you’ll have to be an octopus to keep a track on your fingers. Almost every stunt that he has committed to, sends shivers down my spine. It isn’t surprising to learn that Jackie started in the industry as a stuntman. In one of his most astonishing stunts, he slid down a pole that was several stories high and was covered in lights. The pole was so heated, it had severe impact on his skin and fall broke his seventh and eighth vertebrae, which could have paralyzed him forever.

I maybe a tad bit biased here, considering how I acclaim Buster Keaton to be one of the greatest filmmakers of all time, which he truly is. Apart from being an ingenious craftsman, he was also the leading pioneer in the artistry of stunts. He was so committed to be original that he used to cut the scene if he couldn’t perform the stunt in the first take itself! Almost all of his stunts are trepidating to think about, and I’ll be including his finest and probably the most ripped stunt in the history of cinema: the house fall.