Will There be an Into the Dead 3? 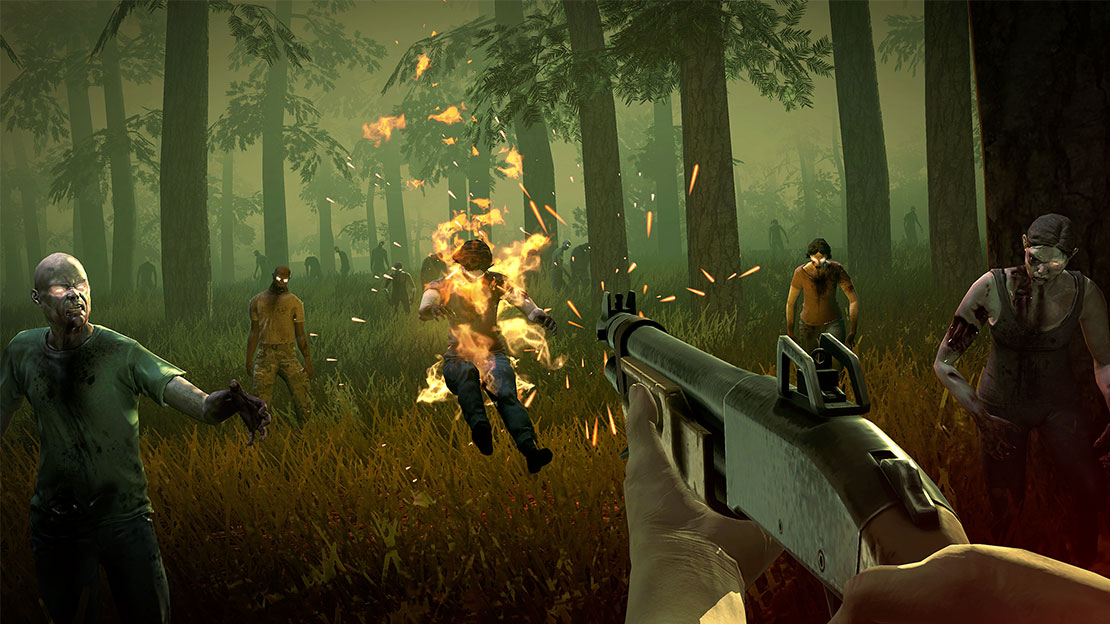 The mobile gaming landscape can sometimes feel like a bit of a wasteland, littered with pervasive micro-transactions, dumbed down game mechanics, poor game design and deficient support. Of course, there are quite a few great games on mobile platforms as well, but they are few and far between. Even the good ones are generally just downscaled versions of their PC and console counterparts. It is genuinely rare for a game to fully embrace the mobile platform, and craft a gaming experience explicitly designed to take full advantage of all that mobile touchscreen devices have to offer.

This is perhaps why PikPok’s endless runner ‘Into the Dead’ became such a sensation when it launched back in 2012. Since then, we have seen the release of a sequel titled ‘Into the Dead 2’, which builds on the first game by improving in most aspects. Successful games usually get sequels, and the success of the Into the Dead series begs the question – will there be an ‘Into the Dead 3’? Read on to find out everything we know.

What Can We Expect From Into the Dead 3?

The original ‘Into the Dead’ first released in late 2012 for mobile devices, including iPhone, Android and the one defunct Windows Phone 8. The game is a zombie themed endless runner in which the player character must traverse a misty landscape, moving left or right periodically in order to dodge the zombies infest the area. The objective is to get as far as possible before you eventually succumb to the zombie horde. The game also featured a rudimentary combat mechanic, which involved picking up weapons from supply crates along the way and use them to knock out oncoming zombies.

‘Into the Dead’ was widely praised at the time for embracing the touch based control system of mobile devices and crafting a unique gameplay experience that leveraged the full potential of the platform. The foreboding atmosphere and the zombie theme further made the game a very tense, yet exhilarating experience. The game ended up being a resounding success, with over 85 million downloads on various app stores.

A sequel titled ‘Into the Dead 2’ was released in late 2017 and improved upon its predecessor in a multitude of ways.

The App Store page for ‘Into the Dead 2’ describes the game as follows: “Journey through the zombie apocalypse in a race to save your family. Arm yourself with an arsenal of powerful weapons and do whatever it takes to survive. Maim, mow down, and massacre the Dead – anything to keep moving! In a world where no one is safe, how far will you go to make it out alive?”

‘Into the Dead 2’ features a more concrete narrative this time around, complete with branching story paths and multiple endings. The combat system is also much more fleshed out, with a much greater variety of weapons including melee, firearms, explosives, etc. This time around, you can also upgrade your weapons for superior zombie slaying effectiveness.

The sequel takes advantage of the added graphical and computational horsepower afforded by modern mobile devices to include all new environments including military bases, campsites, rural farms and much more. Populating these landscapes are all the familiar zombies from the previous game, along with additional types including armored zombies and running zombies. Last, but certainly not least, ‘Into the Dead 2’ also adds cute and furry canine companions to aid you in your ceaseless journey of running and zombie fighting.

If and when ‘Into the Dead 3’ releases, we can surely expect it to feature better visual fidelity, better physics and a greater number of zombies populating the game world. Given the second game’s enhanced focus on narrative and story, I would also expect ‘Into the Dead 3’ to feature an even more extensive and consequential story mode to flesh out the game. Other possible improvements include more weapon variety, more landscape variety and perhaps even some sort of Multiplayer mode.

Into the Dead 3 Developers: Who Will Be The People Behind The Game?

Into the Dead 3 Release Date: When And Where Can I Play It?

‘Into the Dead 3’ will launch on iOS and Android, with a Nintendo Switch version also a distinct possibility.

Into the Dead Trailer