12 Completed Movies That Never Made it to Theaters 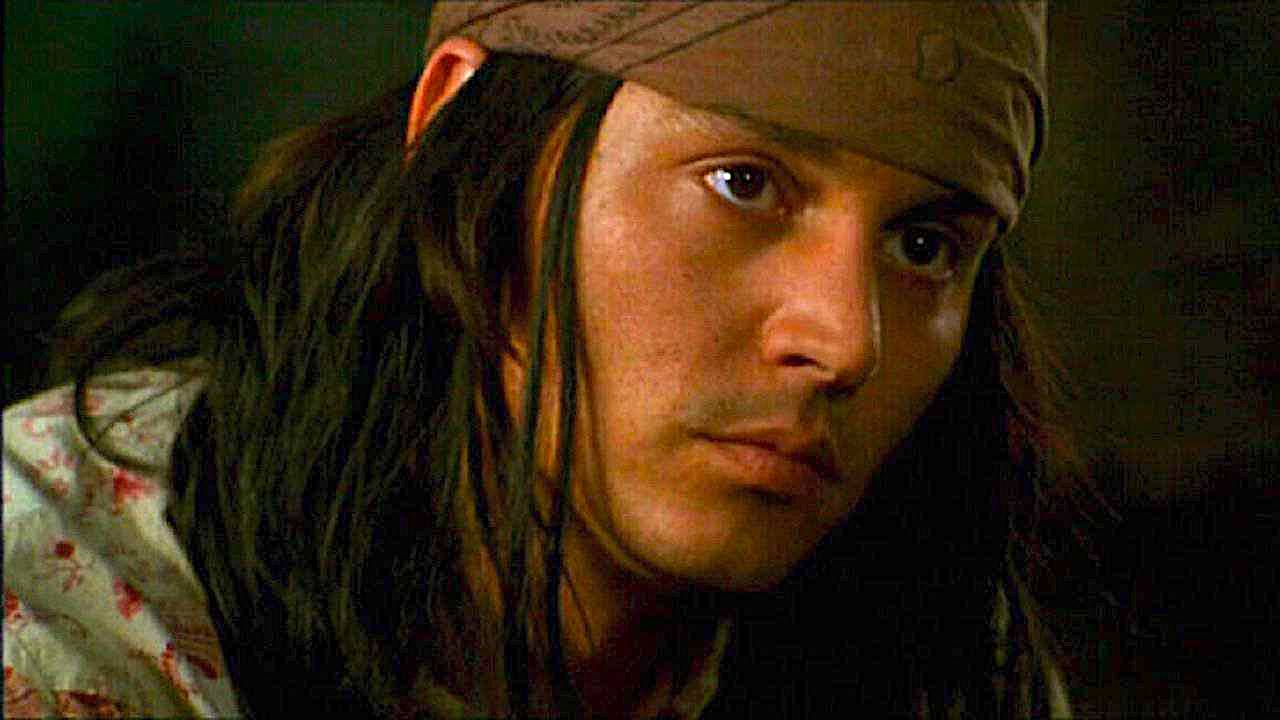 Making a movie isn’t easy. There are a lot of stages and phases that it goes through before releasing in theaters. It can be broadly categorized  three stages: pre-production, production, and post-production. It is a tedious and long process, which requires both, patience, and opulent resources. Sometimes there is a lack of one of the elements, or both, which culminates us never seeing them. The untold stories have hours of blood and sweat behind them, which with lack of luck never comes to fruition. The dream remains in the pipe lines, never to get fulfilled. We decided to pay respect to such hard-working individuals and their work by compiling a list of completed movies that were never released. Happy reading!

‘The Brave’ even today remains the only film ever written and directed by Johnny Depp. He co-starred in the movie with the enigmatic Marlon Brando,  as Raphael, a poor Native American, who egregiously struggles to make ends meet. A beacon of hope shines upon him in the form of a snuff film, which actually requires him to give his life. The film follows the transformation of  Raphael’s relationship with his wife and children over the course of his final week of life and his own personal anguish with his fate. While the movie did release in a few countries, and even Cannes, but failed to release in the US due to hostility among the Native community. What an experience it would have been to see the two superstars together. 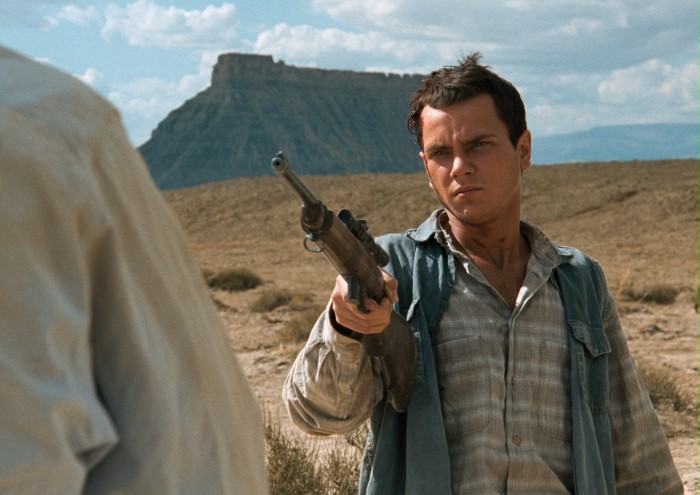 The film remained shelved for a staggering 19 years due to the untimely demise of its star River Phoenix, and never received a public screening. It is also the only film that had the charming actor in the capacity of a villain. The plot concerns itself with Boy, a young widower, who retreats to the desert after his wife dies of radiation due to testing of nuclear weapons. Distraught, he waits for the end of the world, until one day, an ailing couple come to the secluded place to salvage their incoherent marriage. Boy holds the wife prisoner, intending to create a better world for the two. The movie was screened at various film festivals and was very well received. An 80% rating on Rotten Tomatoes goes on to show the potential it had. 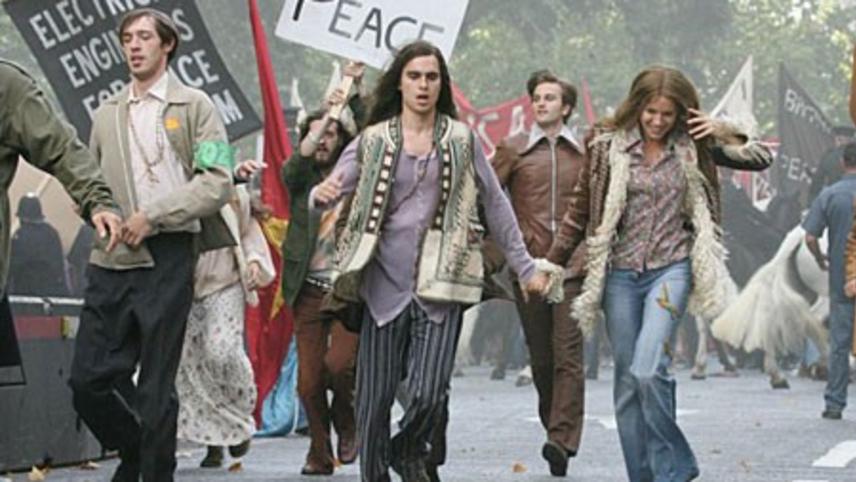 If you take a look at the cast of the movie, it would inherently seem worth watching. Cillian Murphy and Siena Miller are two superstars today, more revered for their acting skills. Based on the memoir of Australian publisher Richard Neville, ‘Hippie Hippie Shake’ is a period drama focusing on 1960s counter-culture. Visually vibrant, with striking and contrasting colors, the film managed to create quite a buzz when it was about to be released. It faced post-production problems, and remained obscure, eventually not to get a wide release. Test screenings did have some positives, especially for the performance of the lead pair. The cliched story though, found lackadaisical support, and was a big let down. 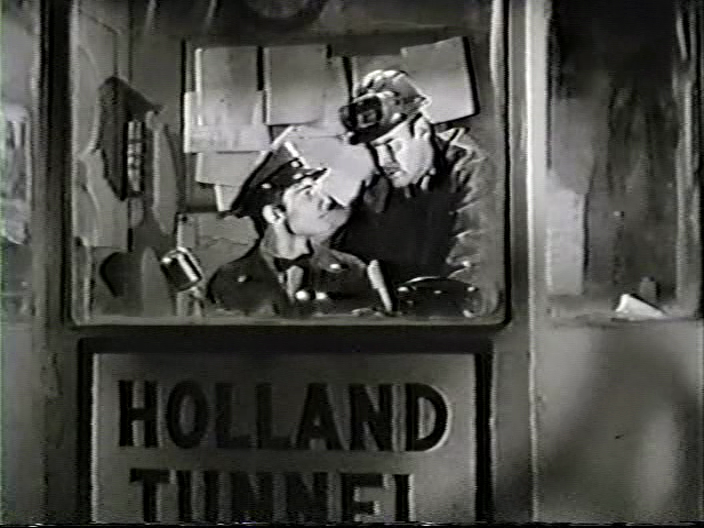 If there was one movie on the list which had the most intriguing plot, it was this one. Shadowing a con-piano player, Adam Beckett, and his stymied dreams, the film focused on his failures rather than his success. After his secret isn’t a secret anymore, Adam is forced to flee New York, and go East. When he decided to come back, there’s an impending embargo, and he is forced to do menial jobs. His kindness towards a tramp lands him in further trouble, now being condemned to the underground network. The bizarre revelations breathe new life into him and gives him a new life purpose. The screening received outstanding reviews, with many praising Schilling’s original idea. Even though it lacked convincing execution, the film could have been a big one if released.

Yes. It is exactly what you think it is! As of today, the film hasn’t released. But according to an April 6 article last year, it is about to be unleashed! A prequel to the Texas Chainsaw Massacre, the film is directed by William Hooper, the former’s auteur’s son. While the first movie was a feast for horror aficionados, this one was touted to be a quick brunch, though equally sumptuous and delightful. It had answers to some burning questions that came out of the first two installments, which we perhaps will never get to know. 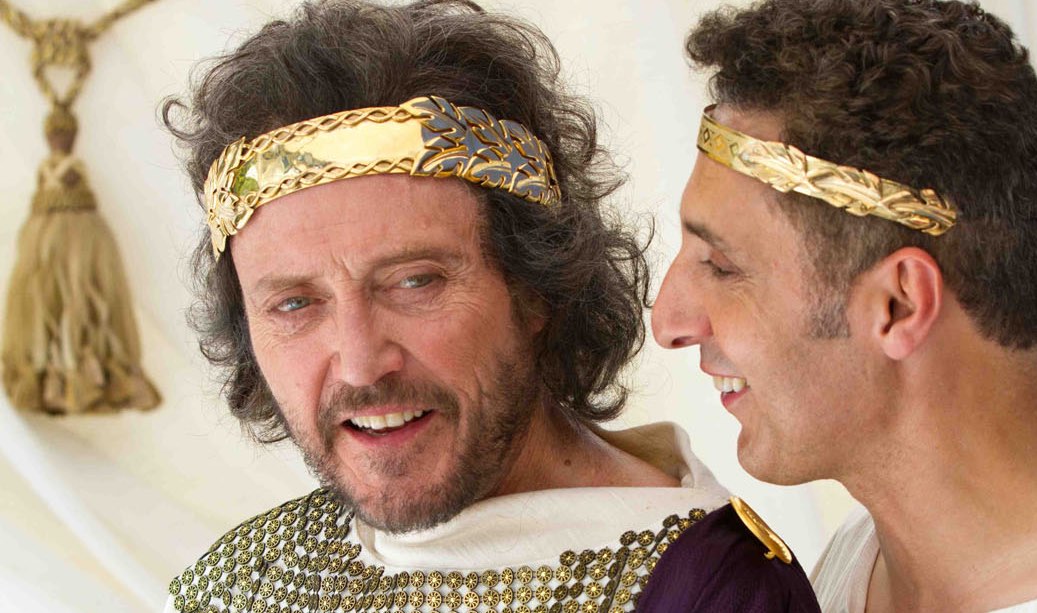 Again, the people involved make you question the film’s doomed fate. Based on Marie Phillips’ best selling satire novel of the same name, the film convulses on a mortal couple, Kate and Neil, who encounter a covey of Greek Gods, living in New York. While it had the nuances and potential to be a scintillating Broadway, the film version too could have been something to worth our while. Fans of the novel (including yours truly) were jumping with joy, when it came to forth that Christopher Walken, Sharon Stone, and John Turturro had signed on for the movie. All our dreams were shattered, hopes crushed, when it never released.

6. The Day the Clown Cried

Now this was a film muddled in controversy. Probably the first time ever, a Nazi concentration camp had the pleasure of accompanying a circus clown, or rather the other way around. The content and the subject forced the film to never be released on celluloid. The misery was furthered when Jerry Lewis, the director of the movie, insisted that The Day the Clown Cried would never be released because it is an embarrassingly “bad work” that he is ashamed of. The concept was so intriguing that several years after the project was shelved, many directors and production houses wanted to pick up the idea and make a movie. The 1997 film ‘life is Beautiful’, which won the Academy Award as well, is inspired from this script.

Just thank your lucky stars in heaven that this one wasn’t released. A pathetic attempt at bringing to life Marvel’s most beautiful family, the film didn’t get a public release and was panned wherever it was screened. What is intriguing though, is the fact that both the executive producers for the film, Roger Corman and Bernd Eichneger, went on to produce the next big installment of the same movie, with almost the same technicians and script. The only difference was their pay structure for the films, which brought a fair share of attention and controversy to the film. The next two incarnations though were better and salvaged the sanctity of the comic book heroes. 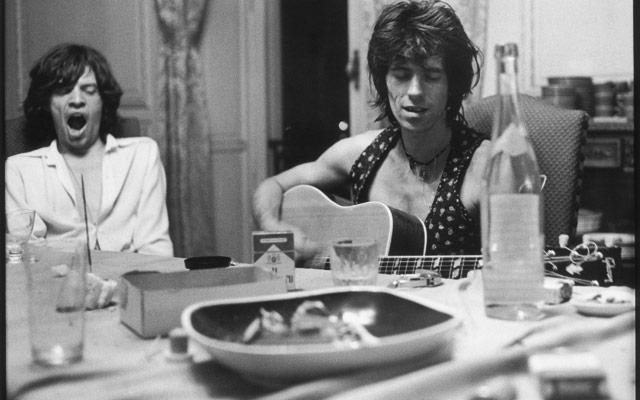 This was an unreleased documentary, traversing the Rolling Stones great American tour of 1972. The controversial band, which never had a lot of leeway with the press and among the public, allowed Robert Frank to shadow them for the entirety of the tour. It didn’t release due to objections from the band, having commissioned the film, deciding that its content was embarrassing and potentially incriminating, and did not want it shown. Several years after the disintegration and insolvency of the band, media houses have cited this documentary as a living homage to the one of the most popular and influential bands in the history of pop culture. 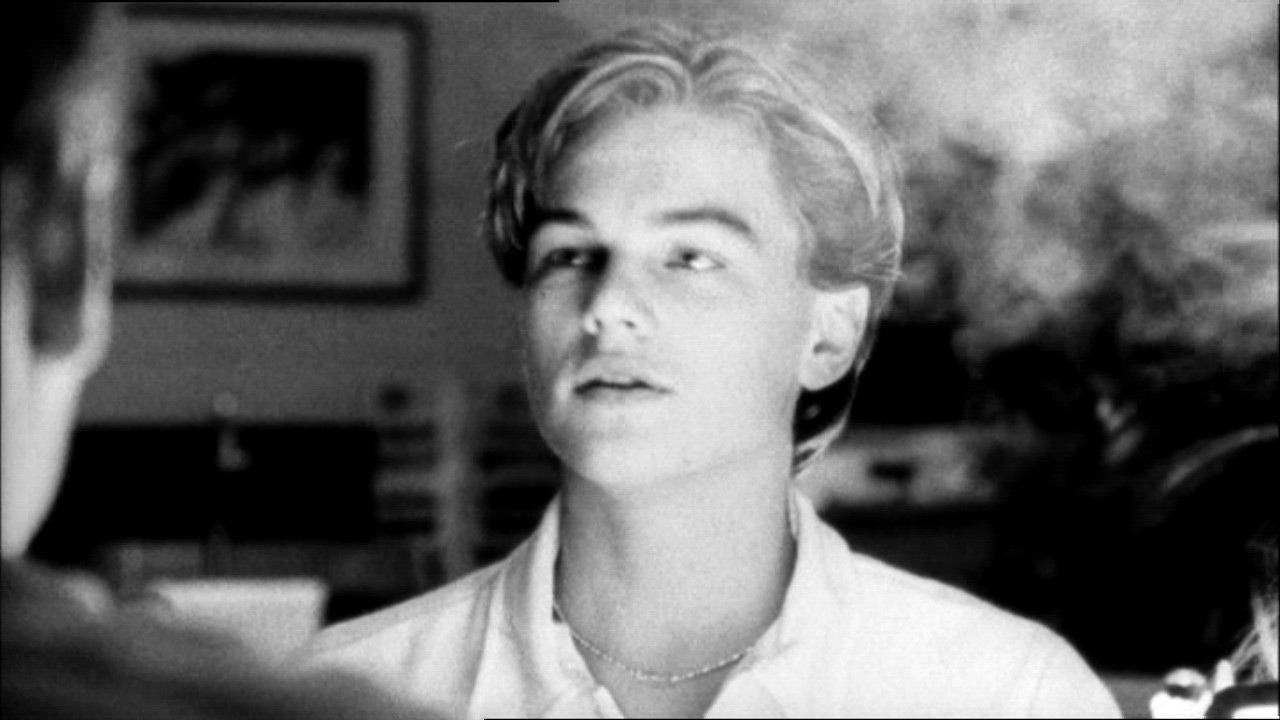 The film starred Leonardo DiCaprio. I think that should be enough for the film to be considered as intriguing. The 2001 also starred his best friend, Toby Maguire, another superstar in today’s era, who made their first appearance together on screen. DiCaprio and Maguire were paid $575 per day to appear in the film. They later tried to stop the movie from being released. As of January 2016, the film is still blocked from appearing in the USA and Canada. Lawsuits ensured it never released in USA and Canada, screening in the Berlin Festival in 2001. The reaction was mixed, some calling it the best movie of the year, some calling it an unpleasant and tedious ensemble. 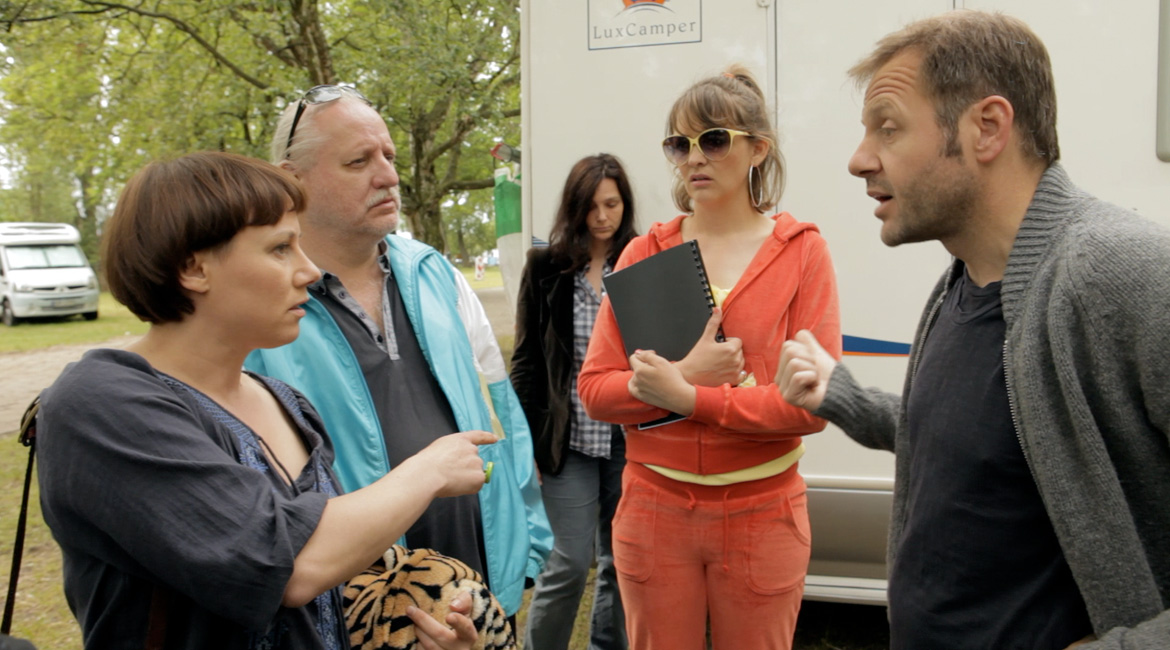 The story tells of a fictional 2006 FIFA World Cup Finale between Germany and Netherlands. When the team from Germany loses, they send out as revenge a zombie invasion. A small group of friends moves away from the nationwide madness, to a North Seaisland where a horde of Wehrmacht zombies wait. Intriguing and absurd.

Before Tarantino became one of the greatest contemporary cinema directors of all time, he was unfortunately indulged in this garbage. The black and white film had a motley of confusing and baffling elements, which ultimately hindered its way to getting released. Another major reason was almost half the film getting lost, and only 36 minutes of reel being recovered. It sure would have been fun to see some of his nascent prodigal brilliance, when we officially saw it five years later in ‘Reservoir Dogs’ and then ‘Pulp Fiction’.