Is 30 Coins Based on a True Story? 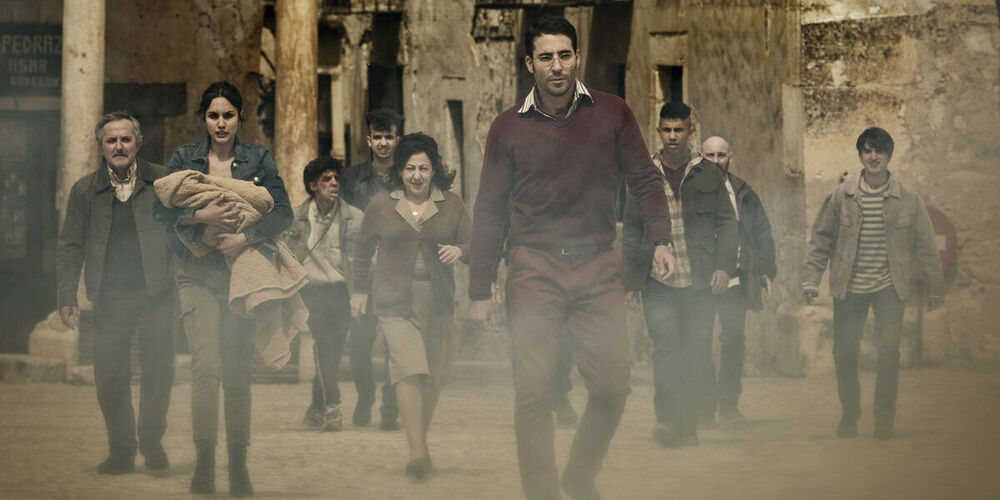 HBO’s ’30 Coins’ is a Spanish horror thriller series that centers on a religious conspiracy of world-ending proportions, a biblical origin story about the titular ancient artifacts, and a team of unlikely heroes who band together to keep the forces of evil at bay. The story is about the 30 silver coins that Judas was paid for his betrayal of Jesus. Those 30 coins, if ever in possession of one person, contain the power to unleash unspeakable horrors upon the earth.

An evil secret organization that worships Judas as their Lord is working to collect all 30 coins, currently scattered across the world. One of the coins is in possession of Father Vergara, an ex-boxer and priest who has recently completed a stint in prison for a botched exorcism that also resulted in his exile to a remote Spanish town. Father Vergara’s arrival in the town of Pedraza heralds increasingly bizarre and chillingly eerie happenings, much to the bemusement of the town’s local vet Elena and Mayor Paco.

When every weird incident leads back to Father Vergara, Elena and Paco decide to team up with him and try to keep a check on evil, even as a bigger, much more sinister conspiracy is revealed, and the Vatican gets involved. If at any point, while watching the show, you felt yourself wondering whether ’30 coins’ is a real story, then you’re at the right place. Here’s all you need to know.

Is 30 Coins Based on a True Story?

No, ’30 Coins’ is not based on a true story. The small-town soap horror story has no basis in reality and comes from the minds of writer-director Álex de la Iglesia and the screenwriter Jorge Guerricaechevarría. The makers of this Spanish series have never claimed that the plot of ’30 Coins’ is even loosely inspired by actual events. The coins in question are from a New Testament biblical story that Judas was paid the price of 30 silver pieces to betray Jesus Christ (Gospel of Matthew 26:15).

However, the legend doesn’t specify anything about the coins bringing about any horrific apocalyptic event or unleashing any frightening creatures. So, we can only assume that this aspect of the show’s story is added by the writers to give it a scary horror touch. Interestingly, in early 2015, Stephen Cresswell, a 22-year-old man from Dudley, England, purchased a coin at an auction for just £29 but believes that it is a half-shekel that dates back to 126 BCE.

Mr. Cresswell is a coin collector and got the coin in question from an auction in Wolverhampton, Staffordshire. Biblical scholars believe that half-shekels from Tyre were the same type of coins used to pay Judas Iscariot his 30 pieces for betraying Jesus. Numismatist Mike Vosper debunked the theory, however, claiming that Mr. Cresswell’s coin looked like a mock-up and not a real artifact. According to the Daily Mail, the coin could sell for up to £500 if it is authentic, but Mr. Cresswell has no plans to sell.

Read More: Where Was 30 Coins Filmed?