Where Was 30 Coins Filmed? 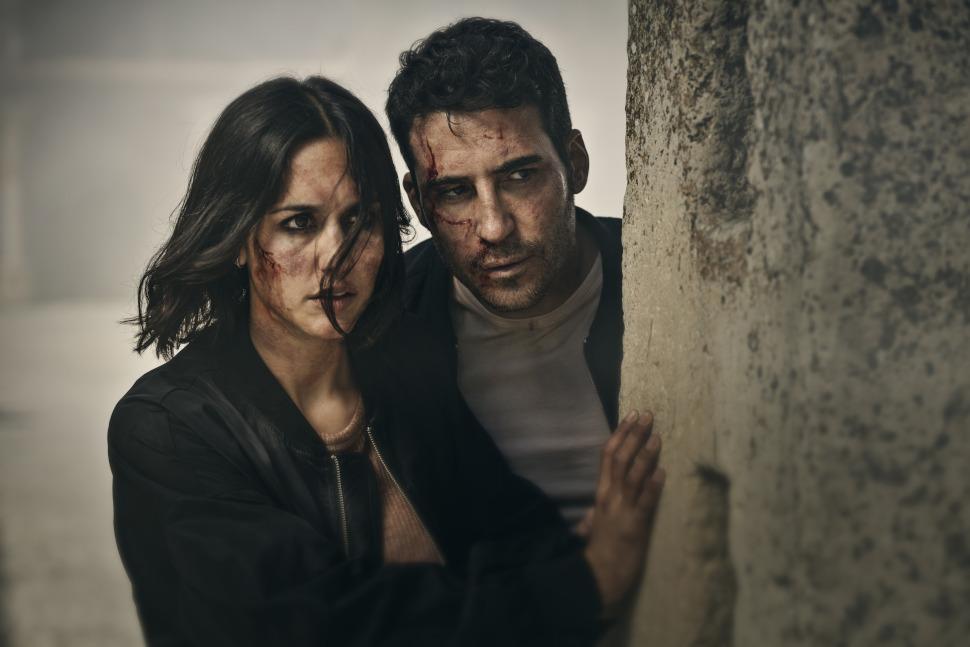 Directed by Alex de la Iglesia and co-written by Jorge Guerricaechevarría, ’30 Coins’ or ’30 Monedas’ is a Spanish horror series that revolves around Father Vergara (Eduard Fernandez), who is transferred by the Church to a quaint little town in Spain. Things start to become murky when supernatural happenings infest the town to the horror of the residents. These events enable an alliance between the town vet and the mayor.

The pair slowly becomes an integral part of the narrative and thus ensues a crisp horror offering with carefully designed tropes. Alex de la Iglesia’s oeuvre lends the show credibility as a bonafide horror series, produced by HBO Europe, Pokeepsie Films, and HBO Latin America. The intriguing plot of this international venture made us look further into the filming locations of ’30 Coins’. Here’s what we have in store for you!

’30 Coins’ was shot on extensive foreign locales ranging from Spain, Rome, Paris, New York, Geneva, and Jerusalem. While most of the series was filmed in Spain, the other locations served as a build-up to the show’s narrative. 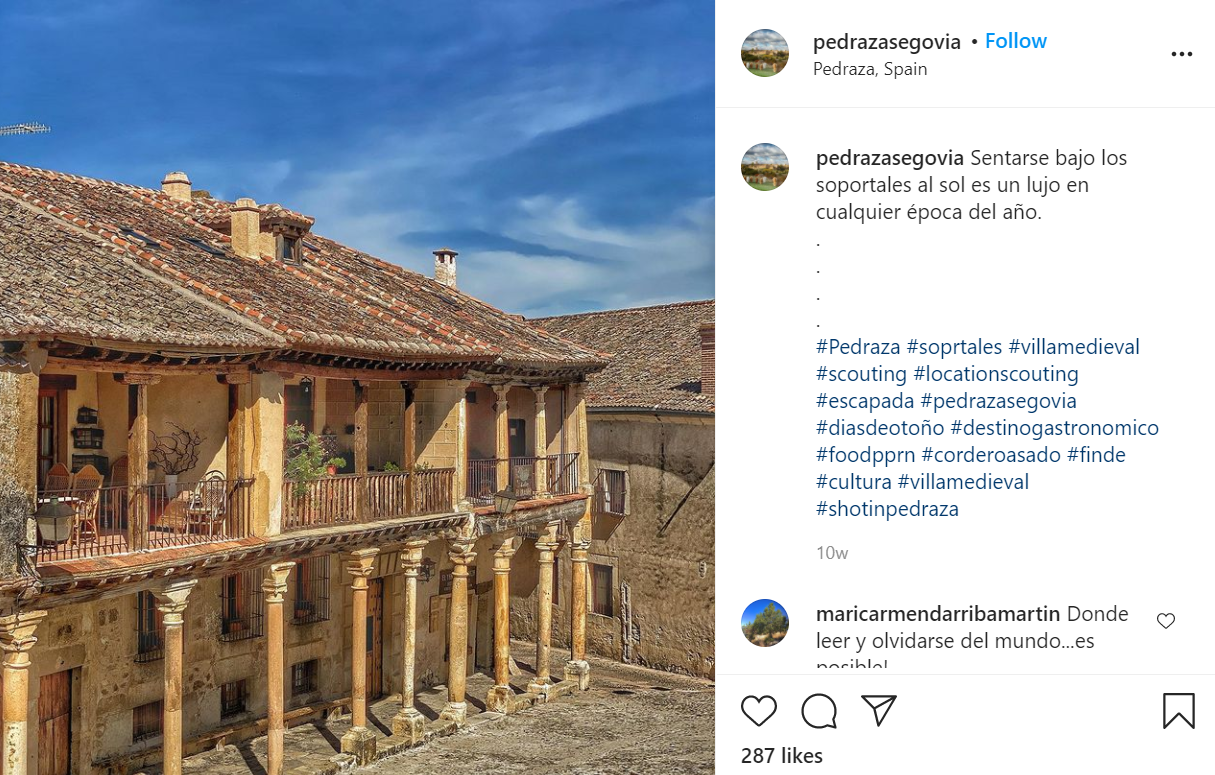 A beautiful enclave in the Segovian region of Spain, Pedraza serves as the central place where most of the series was filmed. Alex de la Iglesia positions his story in this gothic town whose narrow streets, centenary arches served as the narrative’s perfect backdrop. Located on top of the Alacranejo hill, near Aldea del Rey, the castle of Calatrava La Nueva is also a place where ’30 Coins’ was filmed.

Several scenes of ’30 Coins’ were shot in striking heritage locations in Spain. One among them is the La Corona de Espinas or The Crown of Thorns, designed by famous Spanish architect Fernando Higueras. The library of the building served as the backdrop of some scenes. It is a picture-perfect location that effectively blends beauty with esoteric elements, an idea that runs through the show’s visual treatment and imagery. Among other locations, The General Historical Library of the University of Salamanca and The Palace of the Marquis of Santa Cruz are places where certain sequences of the horror series were filmed. 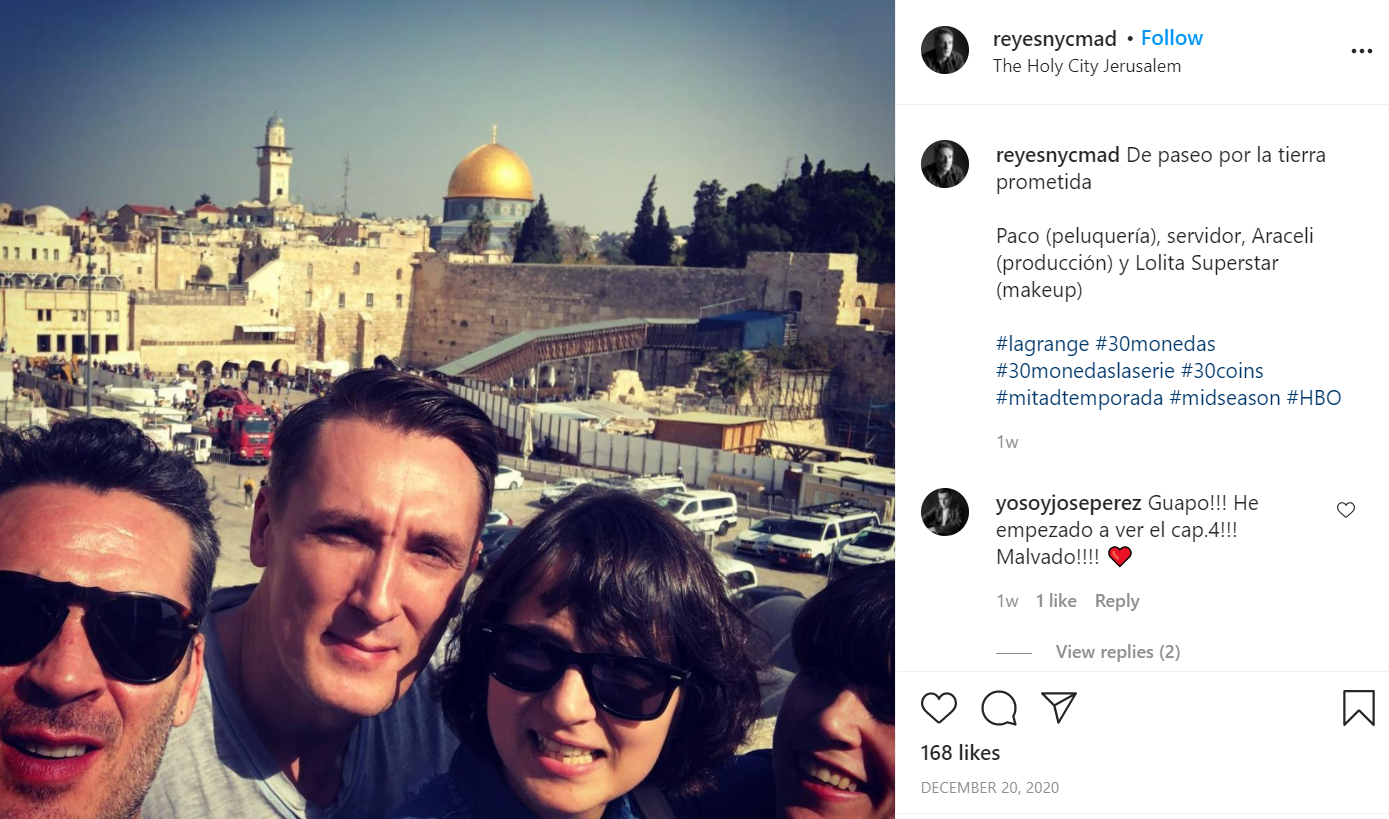 Apart from filming in Spain, the production crew of ’30 Coins’ traveled across the world to film the series’ pivotal sequences. In the show, the characters can be seen in Jerusalem in their quest to uncover certain mysteries with the Dome of the Rock perfectly placed behind them.

Since the series deals substantially with the Church, Rome became an essential part of the filming locations. Other than Rome, the series also showcases Paris, Times Square in New York, and Lake Geneva in Switzerland as other locales where it was filmed.