Is A Jazzman’s Blues Based on a True Story? 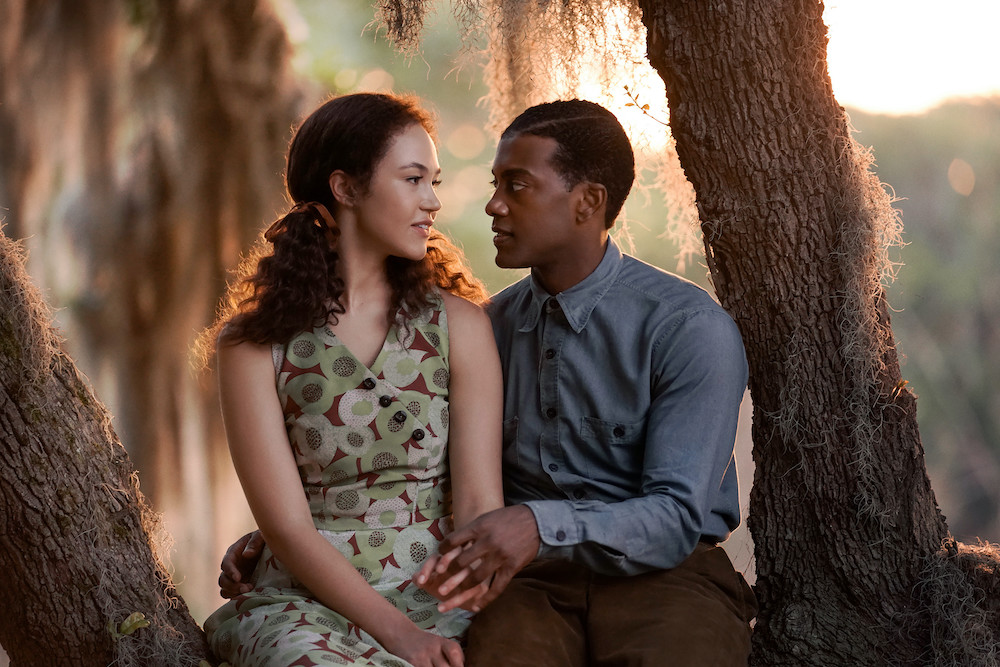 Netflix’s ‘A Jazzman’s Blues’ follows the love story of Bayou and Leanne. Living in the Jim Crow era, the two of them go through life, trying to survive on their own, while also keeping their love alive over the years, against all odds. Directed by Tyler Perry, the story delves into the issues of racism and colorism. Even though the majority of it takes place in the 40s, the themes of the film resonate with today’s world just as well. It breaks your heart in numerous ways and even though it is clear that the events shown in the film could easily be plucked from reality, it still makes one wonder if ‘A Jazzman’s Blues’ focuses on the real life of a particular person. Is it based on a real story? Here’s what we know about it.

Is A Jazzman’s Blues Based on Real Events?

No, ‘A Jazzman’s Blues’ is not based on true events. It is an original story conceived by writer-director Tyler Perry, though it relies heavily on Perry’s personal experiences and on the very real issues faced by black people in the Jim Crow era. It was the first script Perry wrote. Back in 1995, living in Atlanta and just starting out on his journey to become a writer-director, Perry used to sneak into Alliance Theatre. One day, after watching a performance of August Wilson, he approached the actor in a cafe. “I was telling him the kind of plays that I had written and what I wanted to do, and he was so encouraging with me. I went home, and ‘Jazzman’ poured out of me,” he said. While his script garnered some interest, the project never really took off, and Perry had to shelve the idea. He thought, “I’m going to do this one day, but right now I have to establish that I am a box office draw.”

Being his first script, ‘A Jazzman’s Blues’ was primarily inspired by his own experiences. Jazz became an important part of the story, just as it had been important to Perry. “It was reflecting on my own life and I think, subconsciously, a lot of my own life showed up while writing. In moments of sadness, there was always music; and in moments of great happenings, there was always music and laughter and joy. My grandfather actually owned a juke joint called the S Club. I remember seeing those people in rural Louisiana having a good time. So I pulled on all of those experiences,” he said. “It was a place of release, and you could really let go and let the music take your body. It was very important to me that the characters got a chance to have their safe place,” Perry explained.

One of the key elements of the story is Leanne passing as white in the hopes of a better future for herself. This is something that Perry found had happened in his family too. Digging into his family history, he discovered a picture of his grandmother whom he’d never met. “She looked like a white woman. As I’m doing the research now, we think that there’s another part of my family that passed for white,” he said. The lightness or darkness of the color of one’s skin had been a dominant factor in Perry’s life since childhood. “Where I grew up, the lighter the skin you had, the better you were and the more successful you could be. My father adored my older sister — he called her ‘Red’ because she was so light-skinned. And me and my [other] sister were treated poorly because we had brown skin,” he added. Everyone around him had been dealing with a similar situation, and it is on this that Perry based the arc of Leanne’s story.

Having written the script more than two decades ago, one would think that all the issues that surrounded ‘A Jazzman’s Blue’ would have become a little redundant by now. Unfortunately, Perry found that his story was still as relevant as it had been when he first penned it. “I was reading so much and watching so much of what is happening politically in America and how all of these certain packs of politicians have this assault on our history. They want to ban books, they don’t want to teach talk about slavery, and they don’t want to talk about the things that Black people endured in America. So I thought if this movie sparks someone to go and research and find out what really happened, then it’s time to do it,” he said. With all of this kept in mind, it is clear that while ‘A Jazzman’s Blues’ is a fictional story, it is deeply rooted in the director’s own life and experience, and is a strong reflection of the issues that plague current society.

Read More: Where Was Netflix’s A Jazzman’s Blues Filmed?