Where Was Netflix’s A Jazzman’s Blues Filmed? 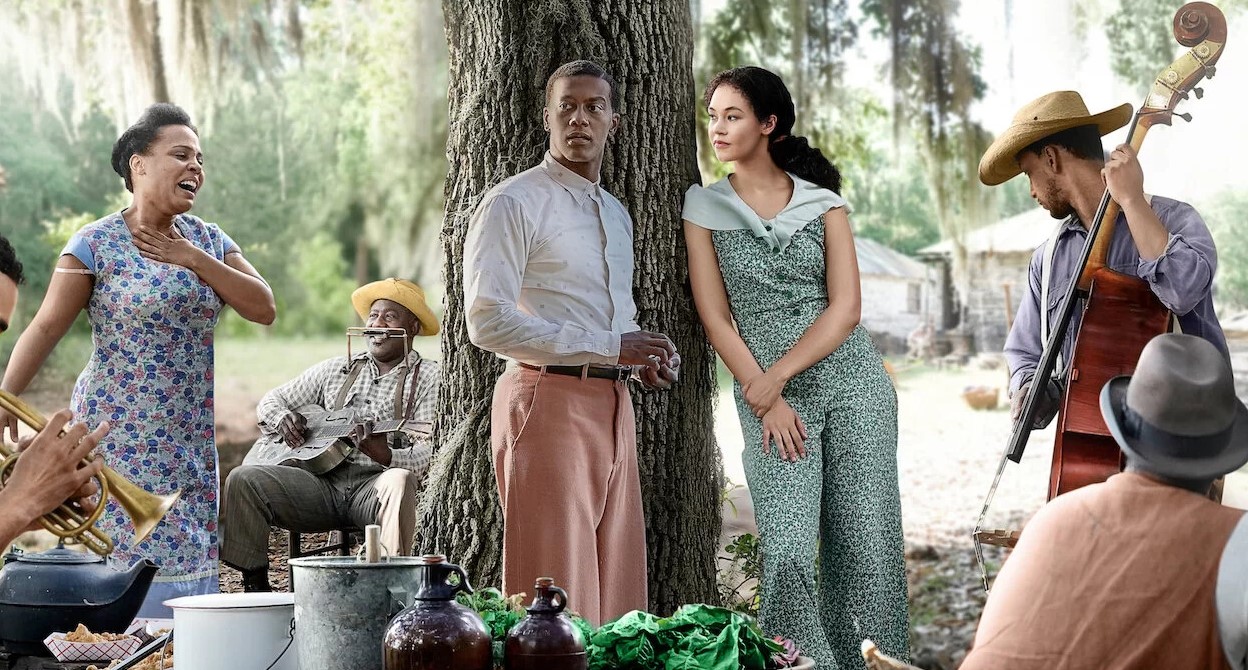 Written and directed by Tyler Perry, Netflix’s ‘A Jazzman’s Blues’ is a romantic drama movie that chronicles the forbidden love of a young couple, Bayou and Leanne, as they try to stay in each other’s lives from teenage to adulthood. The pair bond over the fact that they feel like outcasts within their community, and their bond only grows stronger as they spend more time with one another. However, as Leanne’s family forbids their relationship, the two are forced to go their separate ways.

The narrative then transitions to a murder mystery coupled with a series of musical numbers as Bayou becomes a musical sensation after several years, and Leanne marries another man. When the old flames reignite between the two, they decide to run away together, but some dark secrets from their past weigh heavy on their relationship. The settings of two different decades, the 40s and the 80s, against the backdrop of the countryside and the city, are likely to make you question where ‘A Jazzman’s Blues’ was shot. Well, in that case, you might be interested in what we have to share!

‘A Jazzman’s Blues’ was filmed entirely in Georgia, specifically in Savannah and Atlanta. As per reports, the principal photography for the Tyler Perry directorial commenced in early May 2021 and wrapped up in a month or so, in early June of the same year. Most of the story is set in Georgia, so it makes sense why the director chose to shoot the movie on location. Now, without much ado, let’s follow Bayou and Leanne’s heartbreaking tale and navigate all the specific sites that appear in the Netflix romance!

Several portions of ‘A Jazzman’s Blues’ were lensed on location in and around Savannah, Georgia’s oldest city and the county seat of Chatham County. The production team seemingly traveled across the city to tape different sequences against suitable backdrops. Situated on the Savannah River, Savannah attracts millions of tourists, primarily due to its parks, streets, and historic buildings.

Apart from visitors, the city is also frequented by many filmmakers regularly. Besides ‘A Jazzman’s Blues,’ Savannah has been a prominent shooting site for several movies and TV shows, including ‘Forrest Gump,’ ‘Baywatch,’ ‘Gifted,’ ‘The Girl from Plainville,’ and ‘First Kill.’

Many pivotal sequences for ‘A Jazzman’s Blues’ were taped in Atlanta, Georgia’s capital and most populous city. In particular, the cast and crew reportedly utilized the facilities of the Tyler Perry Studios at 315 Deshler Street Southwest to record important scenes. Acquired by the director himself in 2015, the movie studio consists of twelve purpose-built soundstages, 200 acres of green space, and a vast backlot. These features make it an ideal filming site for different productions, including the Joshua Boone-starrer.