Is A Savannah Haunting Based on a True Story?

Written and directed by William Mark McCullough, ‘A Savannah Haunting’ is a horror film that revolves around a family who loses one of their twin children, Alice, in an unfortunate drowning incident. To get past the tragedy and begin afresh, they move to Savannah. However, the mother, Rachel, keeps having visions of her daughter drowning and feels guilty about it.

As the family starts settling into their new abode, Rachel is haunted by Alice’s presence, so much so that it drives her insane. Starring Gena Shaw, Dean J. West, and McCullough, the movie focuses on predominant themes of paranormal activities and spirits, things that are not unheard of in real life. Hence, it naturally begs the question — is the horror film rooted in reality? Well, let us explore the same in detail, shall we?

Is A Savannah Haunting a True Story?

‘A Savannah Haunting’ is partially based on a true story. The director and writer of the horror film, William Mark McCullough, who also features in it, was inspired by his real-life paranormal experiences in his house and decided to write a script based on them. Nevertheless, for entertainment purposes, he took the liberty to dramatize them by incorporating various fictional circumstances into the film. Thanks to several years of experience in the film industry, McCullough could craft a thrilling screenplay based on some actual incidents that he went through. 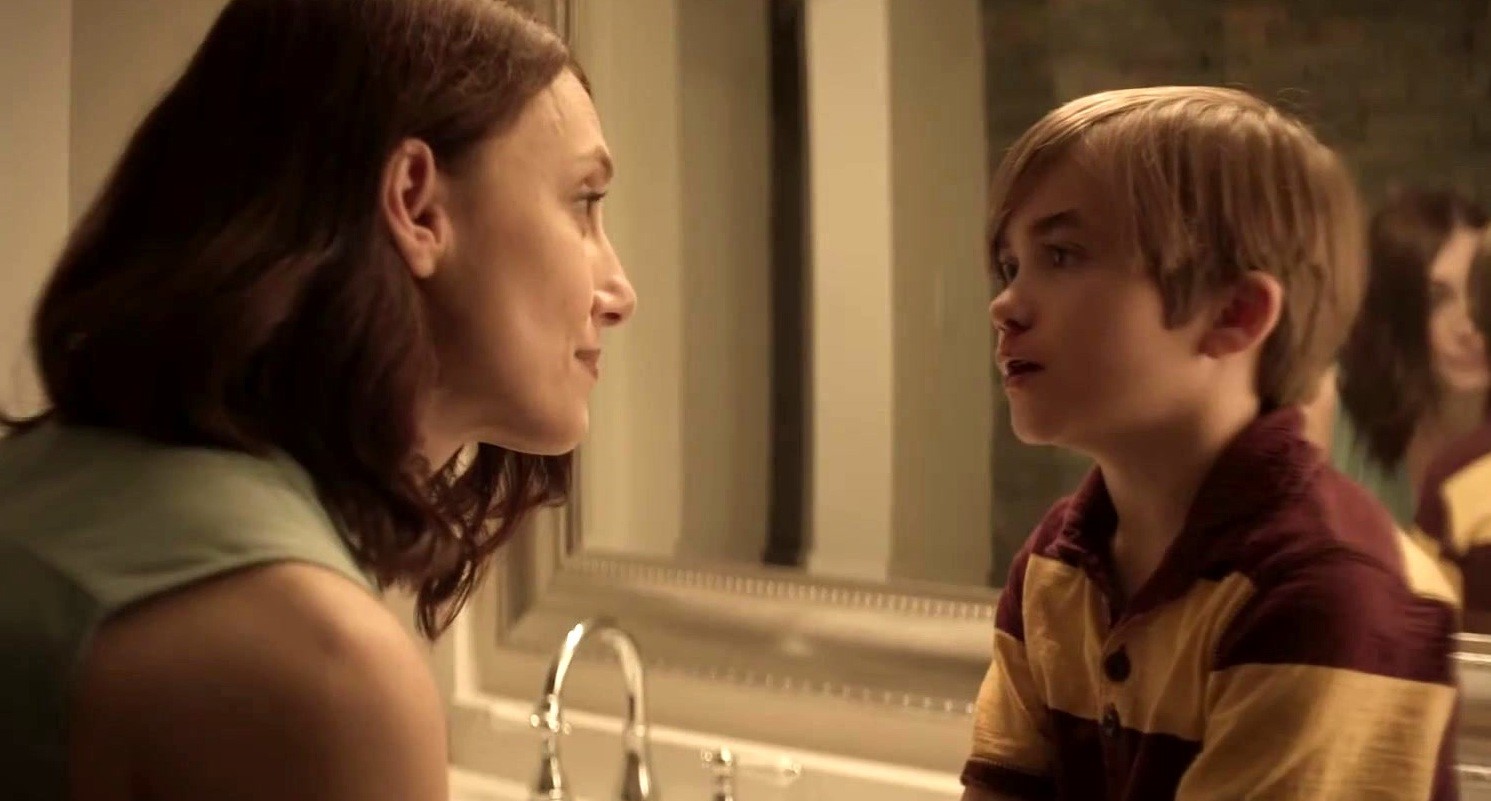 What adds to the narrative’s authenticity is that it was shot in the director’s actual Savannah home, which his father acquired in the 1970s, where he experienced paranormal occurrences. Being a child of divorced parents, McCullough was not a full-time resident of the house in question, as he mainly lived with his mother. Yet, whenever he visited his father as a kid, many creepy and inexplicable things happened in the house, which he swept under the carpet by making logical excuses.

After finishing his education away from Savannah and becoming an actor, McCullough returned to the house and spent significant time there, which was terrifying for him. Reportedly, he hadn’t opened up about these experiences to anyone. Soon, the actor-director was regularly accompanied by his good friend and co-producer of the film, Alexis Nelson, in the house, and she didn’t hesitate to poke the elephant in the room.

In an October 2021 interview with Connect Savannah, McCullough divulged, “After Alexis got here, horrible things started happening to her, and she said, ‘hey, what’s going on?’ The things that happened to her staying in the house were things that happened to many people through the years. She told me I should sit down and write the script for the film using the real experiences that happened here.” When the shooting for the film was halted due to the COVID-19 pandemic, the director and his siblings were interviewed by some experts to talk to them about their experiences in the haunted house.

A remarkable revelation came when the family discovered they shared many similar experiences involving an old tube television. The director talked about the same in a conversation with Savannah Now in October 2021. He said, “Every day, I would walk outside to check the mail, and the TV would be on. I’d go in and turn it off, and this happened for weeks. I finally unplugged the TV. The next morning I went out to check the mail, and the TV was on again. I went in there, and it was unplugged, so I threw the TV away. My brother tells a story of when he was there as a teenager, the same TV kept coming on and on.”

“He never had an issue with unplugging it, but, interestingly, that exact same thing happened to both of us, separated by about ten years,” McCullough added. Experts say it wasn’t the house that was haunted but the land it stood on. Furthermore, in the same interview, the director revealed, “I wrote the script in the house, and there are things that I wrote that I totally made up; it’s a fictional piece. Then we bring in historians for the documentary and find out that a lot of the things I had written were actually true.”

McCullough stated, “A big part of the story is about the Civil War past and dealing with slavery, and I didn’t know the property once had a plantation that burned down. There are several things like that that I put in the script, not knowing that they were actually based on fact.” To summarize all the factors mentioned above, even though real-life occurrences inspire the core of ‘A Savannah Haunting,’ it doesn’t change the fact that it consists of many fictional and dramatized story arcs.