Is Acapulco Based on a True Story?

Developed by the trio of Austin Winsberg, Eduardo Cisneros, and Jason Shuman, ‘Acapulco’ is an exuberant and celebratory Spanish English bilingual comedy series that would transport you to the 80s in no time. Set in a lush and picturesque resort in the 1980s, the series revolves around a young boy named Maximo, who is on cloud nine when he land’s his dream job at the resort.

The show showcases a colorful Mexican heritage through a nuanced exploration of the characters’ journeys in the backdrop of beaches, music, and sunshine. The immersive tale fills the audiences with sublime joy, but you may seek to know whether the story has a grain of truth in it. If you desire to validate the credibility of the story, let us unravel what we know.

Is Acapulco Based on A True Story?

No, ‘Acapulco’ is not based on a true story. Austin Winsberg, Eduardo Cisneros, and Jason Shuman created the account from the earlier movie ‘How to Be a Latin Lover,’ directed by Ken Marino and written by Chris Spain and Jon Zack. The series was initially conceived to be a prequel to the movie. Eugenio Derbez, who produced the film besides taking up the central role, was thinking about whether a spin-off could be squeezed off from the earlier venture while making it. Although the movie received average reviews, it was received by the audiences with an open mind. 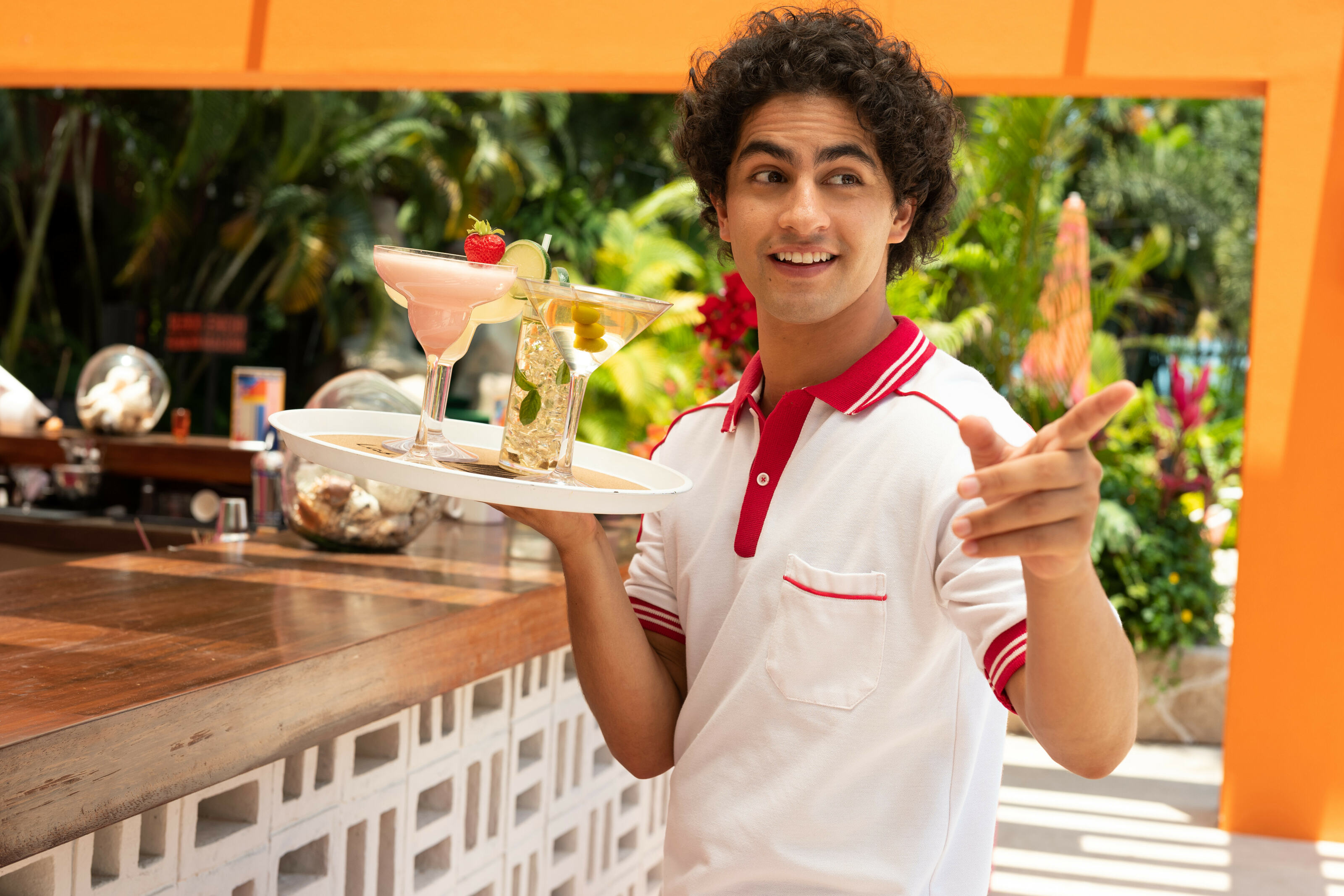 If box office collections are any indication, the movie gathered around $63 million against its meager $10-13 million budget. Following the movie’s success, Derbez was interested in revisiting the past of the character Maximo and chronicling his formative years. He wanted to show the time in the character’s life when he was not yet a billionaire, as the movie mostly chronicles his life after he becomes rich. He also wanted to imbue the spin-off with characters Maximo met at the resort. The final script changed a lot and finally had little resemblance with the earlier film.

That is why it would be fair to say that the series is inspired by the earlier film rather than based upon it. The lead character of Maximo, in the series, is a kinder soul and a more pleasant person. And yet, as he gets the dream job at Las Colinas as a cabana boy, the series is far from mundane. Nothing in his dream job is as he would like it to be, and he has to overcome several hurdles in his new life.

Maximo also has to save up for his mother’s eye problems, as he has to adjust to the new life in the resort. There are tricky situations, demanding clientele, and a lot of temptations, all of which Maximo has to bypass to achieve his dream. Beneath its euphoric comic appearance, the series seems to ask how much one is willing to pay to fulfill one’s dreams. Enrique Arrizon, who portrays the character of Maximo in the series, took screenshots of all the gestures of Derbez from the original movie.

In the process, he found it easy to replicate the character’s energy and essence while refraining from imitating him. The creators also conjured the perfect 1980s Acapulco ambiance to tether the story into reality firmly, and Acapulco shines as a character in the series. Considering all the aspects, the nuanced characters and the grand backdrop are the main ingredients of this highly potent concoction. They ultimately lend the story an air of realism.

Read More: Where Is Acapulco Filmed?