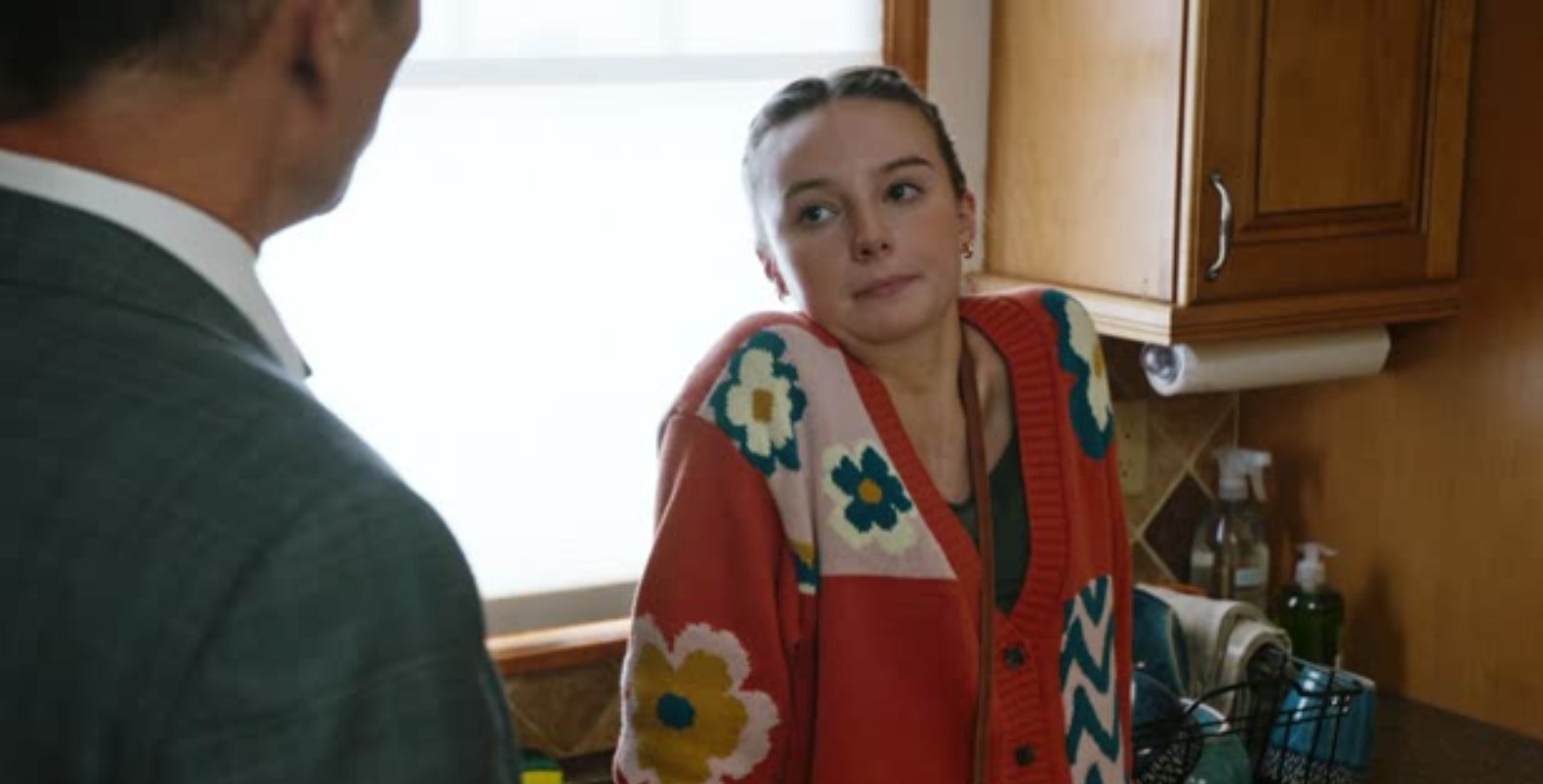 Portrayed by Alayna Hester, Lily Cosgrove is an important supporting character in ‘Law & Order.’ The audience didn’t know much about the personal life of Frank Cosgrove (Jeffrey Donovan) before the 22nd season of ‘Law & Order,’ but with the introduction of Lily Cosgrove, it seems that the writers are trying to flesh out the lead character in their mothership series. We are only in the early part of the 22nd season, but the relationship between Frank and his daughter has been an important part of the narrative in two episodes. However, this has made some viewers feel uneasy about the fate of the character. After all, the ‘Law & Order’ franchise has a history of focusing on a certain family member of one of the main characters before letting something tragic happen to them and then using the tragedy as a focal point in the development of the said main character. If you are wondering whether Lily Cosgrove is heading toward a similar fate, this is what we think.

Lily makes her first appearance in the crossover event, ‘Gimme Shelter,’ which sets off the 22nd season of ‘Law & Order,’ the 24th season of ‘Law & Order: Special Victims Unit,’ and the third season of ‘Law & Order: Organized Crime.’ Lily is out with her father at a café when she tells him she wants to be home-schooled. She explains that she feels unsafe at school due to the rising number of mass shootings. Frank tries to reassure his daughter that she is safe, but she witnesses Ava Marchenko being gunned down right before them.

Toward the end of the crossover, Frank tries to convince his daughter that justice has been served in Ava’s case, but Lily doesn’t seem to see it that way, prompting Frank to admit that while he told the media otherwise, he agrees with Lily. But he also urges his daughter to live the best version of her life without letting fear dictate any major decision.

In season 22 episode 4, Lily appears once more as her father deals with a case involving a serial killer. We are introduced to Frank’s mentor and Lily’s godfather, Jerry Ryan. By the end of the episode, Frank and Jerry have a falling out, though Frank ensures that his daughter doesn’t find out about it.

Lily’s appearances have made fans wonder whether the series creators are building up toward a tragic end for the character, which they can use as motivation for the future actions of Frank, who already seems like a 21st-century version of Dirty Harry. However, conversely, Elliot Stabler’s personal life is a significant part of the early seasons of ‘Special Victims Unit.’ It’s possible that the writers are going for something similar with Frank and Lily. If that’s the case, we just might get introduced to the rest of the Cosgrove family in the coming episodes of the season.

Besides ‘Law & Order,’ Hester’s other prominent role to date is Elizabeth Ann McClung in ‘Dopesick.’ At age 19, Hester was diagnosed with thyroid cancer, but since 2021, she has been in complete remission. After landing her role in ‘Law & Order,’ Hester wrote on Instagram, “Meet Lily Cosgrove, your newest addition to the cast of Law & Order and daughter of Detective Cosgrove. What an incredible week this has been! Words cannot describe how I’m feeling. Tune in tonight at 8 p.m. on NBC for the 3 hour season premiere.”

Hester also stated, “Get ready to see more of Lily this season,” indicating that her character has a big role to play in the 22nd season of the show.