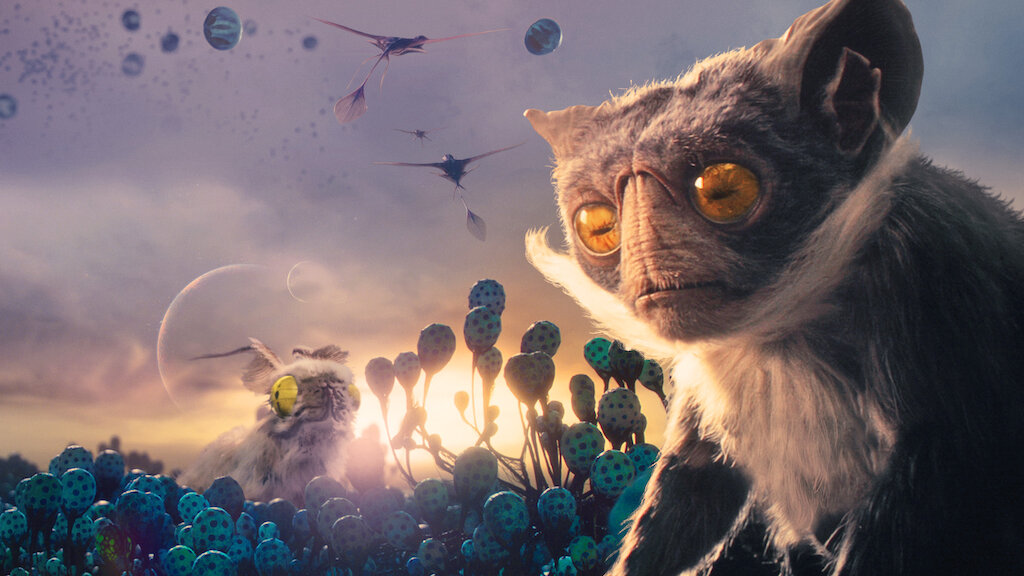 Are you aware of the Fermi paradox? If not, then allow us to brief you. It is the contradiction between the high probability of the existence of aliens and the lack of proof of their survival. While it is not the subject of the docuseries in question, it genuinely leaves you more baffled than ever about if humans, as a species, will ever discover an alien civilization.

But this doesn’t stop the creators behind ‘Alien Worlds’ from making their own assumptions about what extraterrestrial life could potentially look like. The premise is quite intriguing, and it is definitely an informative show as well. Nonetheless, we couldn’t help but question the veracity of what is shown on ‘Alien Worlds.’ So we dug further, and here’s what we found!

Is Alien Worlds Real or Fake?

No, ‘Alien Worlds’ is not real. But the show never claims to be highlighting actual alien species either. It is merely speculating what extraterrestrial life could look like on planets similar to Earth. This distinction is important because that’s what imparts a truly authentic flavor to this imaginative docu-series.

The thought process behind ‘Alien Worlds’ is quite simple. You see, researchers have been diligently working to uncover the many secrets of our universe. In the process, they have found many exoplanets that, in theory, can support life, just like Earth does. The only difference is that these celestial bodies lie outside our Solar System. This is still a nonissue for the creators of the show, who hypothesize what alien life can look like with the help of those scientific principles that govern life on Earth.

The British actress Sophie Okonedo narrates the series, and there are four imaginary exoplanets that feature similar conditions to those found on Earth. They are Atlas, Janus, Eden, and Terra. The Swiss astronomer, Didier Queloz, was one of the individuals who won the Nobel prize in 2019 for discovering an exoplanet that is orbiting a solar-type star. He makes an appearance in episode 1 and discusses how real scientists analyze these celestial bodies.

Then, the fictional planet of Atlas is explored. It is presumed that there is higher gravity on it, and the atmosphere is also thicker than Earth’s. Consequently, the theory put forward is that fish-like birds on the planet are likely to remain airborne forever. Concepts such as the handicap principle (as seen in insects) are also discussed. The fictional Janus features in the second episode, and the exoplanet is locked in a fixed gravitational pull due to its proximity to its star. This means that half the celestial body faces its sun and is a desert, whereas the other half is a frozen wasteland.

Even in this difficult terrain, the brilliant minds behind the show suggest that five-legged “pentapods” could survive on the planet. To support their argument, they talk about the leafcutter ants and how they adapt to their environments. In the third episode, the hypothetical world of Eden is discussed, as is the relevance of the food chain between plants, herbivores, and carnivores. On this energy-rich planet, the ecosystem is dependant on the relationship that fungi, grazers, and hunters share.

British ecologist Thomas Crowther also discusses the role of mycelial networks in the Rothiemurchus forest in Scotland, thereby lending the show’s theory some credibility. Lastly, the imaginary exoplanet of Terra is also explored. In the fourth episode, the series talks about the possibility of an intelligent alien species (similar to humans) surviving on it. Furthermore, the topic of space colonization is also touched upon, and astrobiologist Douglas Vakoch makes us realize how limitless the universe can really be.

A lot of what we have discussed might seem très bizarre to you, and that’s because many of these interpretations put forth by the show are alien to everyone (excuse the pun). However, we’d argue that ‘Alien Worlds’ comes alive because of the scientific concepts and CGI that have been fused to conceptualize these foreign species. While the creatures discussed aren’t real, the show manages to put the science back in science fiction, and this is an important facet that deserves recognition.