Is American Skin a True Story? 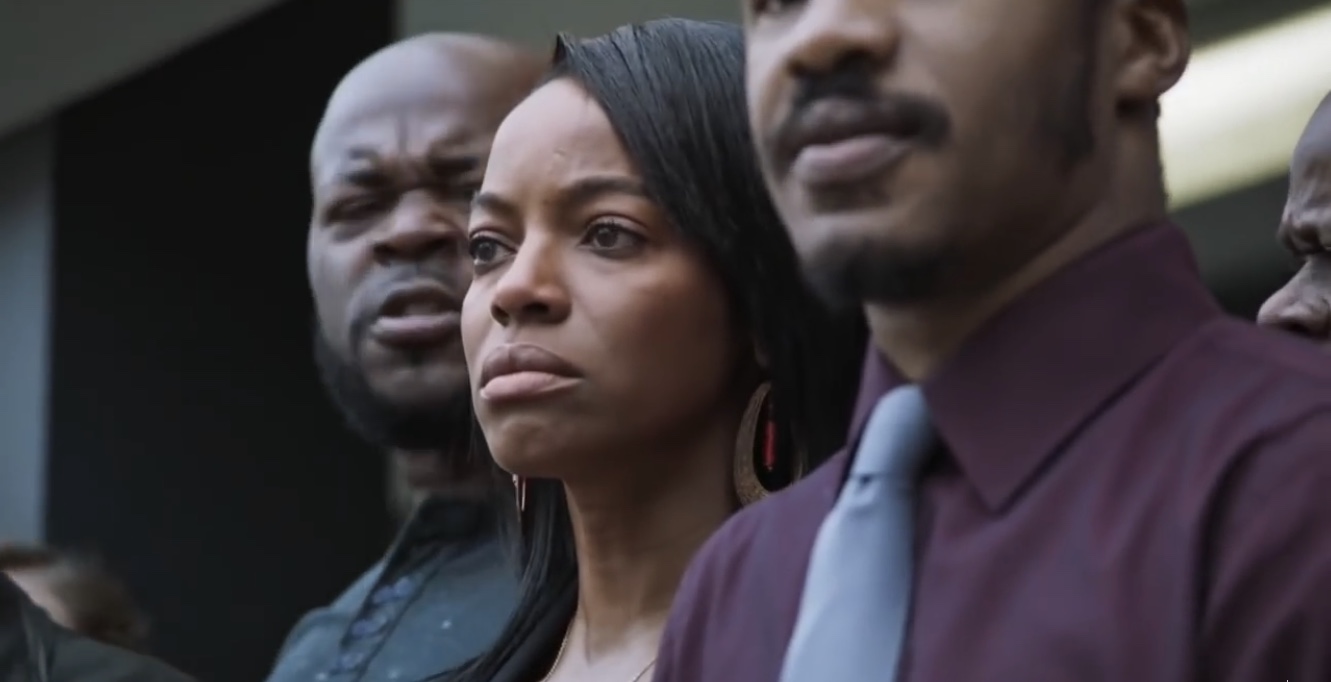 ‘American Skin’ is an intense drama film surrounding an Iraq veteran Lincoln Jackson (Nate Parker), grappling with the reality of his son’s death. The movie kicks off with his divorce, after which he tries to remedy the situation by spending time with his son Kijani (Tony Espinosa). But tragedy befalls the pair soon, as one night, the 14-year-old boy is shot and killed during one of the routine checks at a traffic stop. The cold-blooded and guilty police officer Mike Randall (Beau Knapp), gets away without facing the consequences.

The father is enraged and alarmed at the system’s ignorance of justice. As a result, he teams up with a student filmmaker, Jordin (Shane Paul McGhie), and together, they attempt to reach out to the masses by documenting the truth in a film. As a shoutout to the political issues taking hold of America today, the film is profoundly relevant and is a movie that screams its message to the audiences. It burns with a flame that refuses to fizzle out, and hence, we decided to look into its origin. Is there any truth behind the story of ‘American Skin’? Here’s everything we know.

Is American Skin Based on a True Story?

No, ‘American Skin’ is not based on a true story. Its screenplay is credited to Nate Parker, who has penned the script due to being deeply affected by the political disturbances in America. He wanted to address issues like racism, police brutality, and dehumanization through cinema. For him, there is no better medium to give voice to something that needs immediate care and action. Parker stated that he wanted audiences to actively talk about these issues, which is why cinema seemed like the perfect resort to publicize his message.

Parker mentioned that the idea for the film took shape when his nephew approached him to seek advice. He wanted to know how to deal with the police if he is ever stopped for a confrontation of any sort (a raging concern within the black community). During his conversation with his nephew, the filmmaker suddenly felt the need to rearrange his answer in a way that might be useful to the bigger masses. Since so many people are dealing with the same issue, he wanted to help people approach their problems productively.

Actors Omari Hardwick and Theo Rossi expressed their belief in art and the power it holds. They held the opinion that art can do what politics can’t. There are arguments and debates in politics, which subsequently cause friction among the various parties engaging in it. Art, on the other hand, is softer and more sensible. The idea of walking out of a theater and having a nuanced discourse with a friend appealed to the makers.

One of the scenes in the movie involves the father confronting the police officer, who pointlessly holds them up at the starting of the film. He asks the lawman why he is being targeted. After a definite moment of pressure, the officer admits to having done so because they are black. The neighborhood where Lincoln is stopped is not an area where the black community thrives, so the officer concludes that they don’t belong there.

The scene is very much in tandem with the real-life story of Ahmaud Marquez Arbery, who was shot to death during one of his jogs through a predominantly white neighborhood on February 23, 2020. It is also one of the heartbreaking incidents that set off the Black Lives Matter movement. It gained more traction after George Floyd’s tragic killing on May 25, 2020. In response, Parker also stated that Floyd’s story has become an intrinsic part of their life.

It has become their collective story, and hence, they cannot sit in silence. In 2014, after Michael Brown’s death (another account of police brutality), Parker flew to Ferguson, Missouri, to stand against the injustice that has threatened their community’s survival. He further wanted to understand the tensions between the police forces and people of color. He subsequently described his experiences in an interview with Deadline.

Parker stated, “It became even more clear to me, the disconnect in our collective understanding of citizenship, law enforcement, and our responsibility to preserve American Black lives. This trip and subsequent killings developed in me a fire that manifested itself into the makings of this film ‘American Skin’.” Therefore, although the movie is not based on a true story, it is a tribute to all those lives lost in the vile manifestations of racism and persecution that has engulfed America.