Is Angela Simmons Dating Anyone? Does She Have Kids? 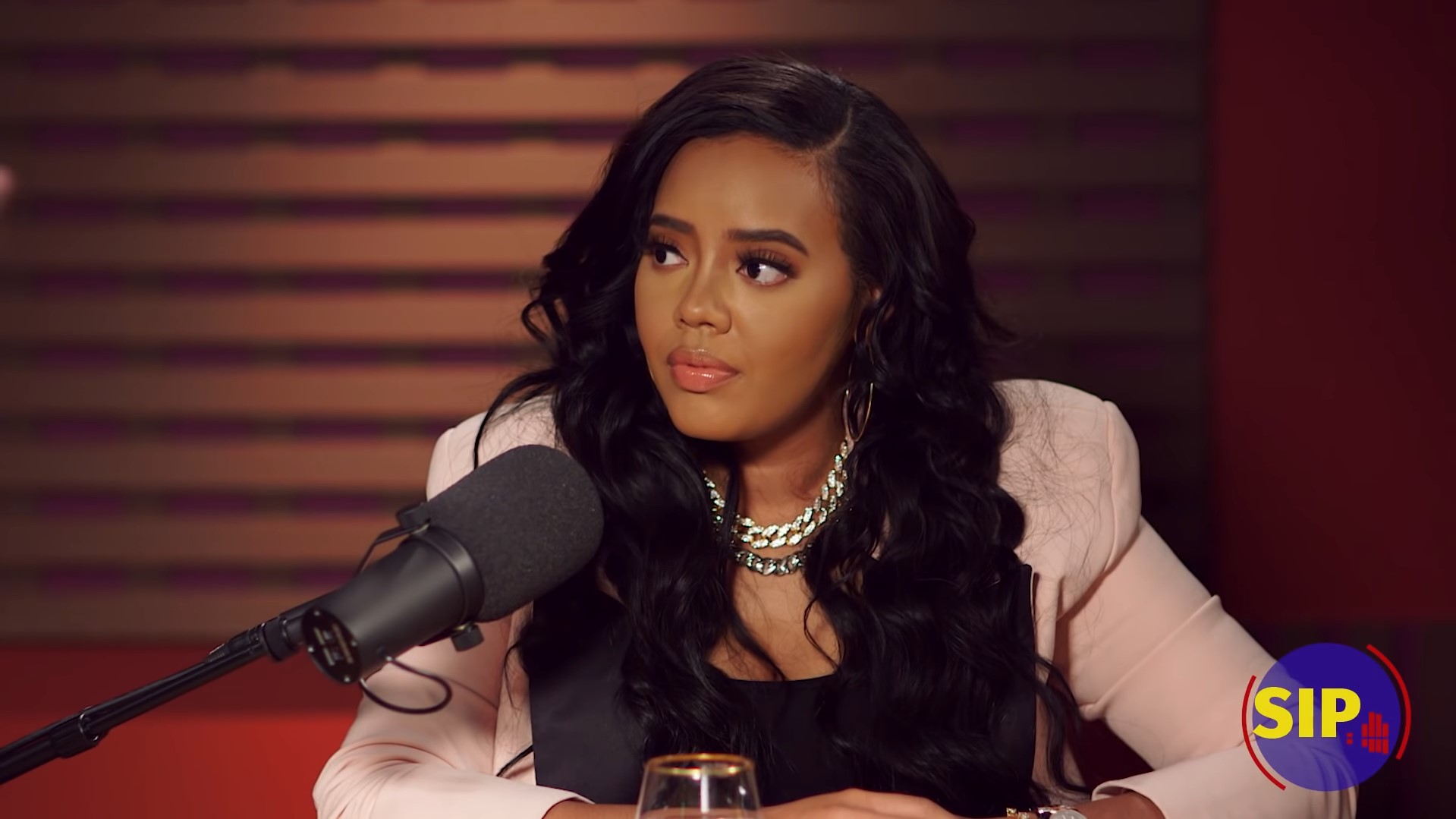 ‘Growing Up Hip-Hop’ chronicles the lives of the children of Hip-Hop’s legends and pioneers. It is fascinating to see how the next generation takes to their parents and finds their place in the wonderful culture of Hip-Hop. The camera follows their everyday lives as they deal with fame, expectations, and problems that come naturally to the children of a celebrity.

Angela Simmons, the daughter of Hip-Hop pioneer and rapper Joseph Simmons, and his wife, Valerie Vaughn, appear on the show. Apart from ‘Growing Up Hip Hop,’ Angela has also appeared in shows like ‘Daddy’s Girls,’ ‘Run’s House,’ and ‘Growing Up Hip Hop: Atlanta.’ This brilliant TV personality is also a fantastic fashion designer and has even tried her hand at entrepreneurship. Naturally, with so much success at a young age, fans are clamoring to know whether Angela has someone special in her life. Let’s find out, shall we?

Angela has had a pretty active dating life. In 2006, she was rumored to be dating the rapper Bow Wow before reportedly getting together with Terry “TK” Kennedy. Her second relationship, too, did not work out, and Angela went back to Bow Wow, but the couple separated again in 2009. In ‘Growing Up Hip-Hop: Atlanta,’ Angela confessed that they didn’t work out as “He (Bow Wow) was not ready” for a long commitment. However, they have remained tight friends to this day. 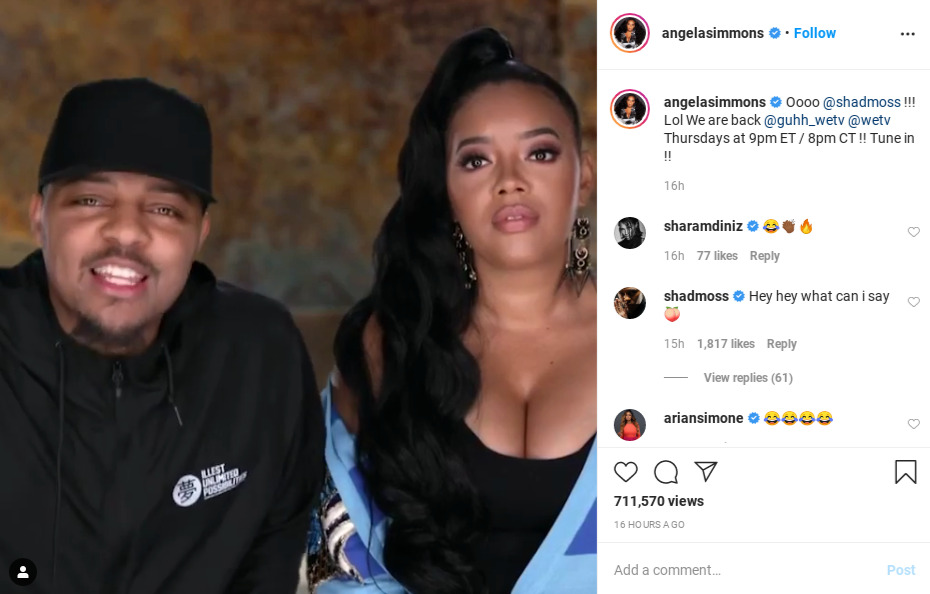 Since Angela’s split from Bow Wow, speculations have revolved around her dating life. She has been linked to notable people like rapper Oscar Salinas with whom she was rumored to be engaged in 2009. In 2010, the TV personality was spotted with football player Julius Peppers and Kim Kardashian’s brother Rob Kardashian. In 2012, Angela reportedly got into a relationship with Romeo Miller, but later the duo squashed the rumors and claimed that they were never together. Angela was further linked with businessman Knowledge Katti in 2014 and model Morgan O’Connor in 2015, but these speculations were never confirmed.

Angela Simmons dated Sutton Tennyson in 2016, and shortly after, in April 2016, the couple got engaged. It was a joyous moment for Angela as she proudly and happily announced her engagement to her love. In September 2016, the couple welcomed their son, Sutton Joseph, into this world. The arrival of their young son brought even more joy, and the couple was blissfully happy in their own world. Unfortunately, the relationship did not work out, and in December 2017, Angela announced that the couple had decided to call off their engagement.

Reports also claim that around the same time, Angela filed a protection order against her ex-fiancé, citing domestic violence. For a while, the duo was embroiled in a custody battle, with Angela being granted temporary custody over their son in July 2018. Tennyson, though, was not happy with this decision and wanted joint custody. In a devastating turn of affairs that no one could have predicted, Sutton Tennyson breathed his last on November 3, 2018.

On November 3, 37-year-old Sutton Tennyson was fatally shot 13 times outside his home in Atlanta. The autopsy revealed that the bullet wounds were from a .45 caliber gun. Even though Angela and her son got some closure after the suspected perpetrator reportedly turned himself in, she found it difficult to get over the death of her ex-fiancé.

Angela Simmons and Sutton Tennyson gave birth to their son, Sutton Joseph, in September 2016. After their separation, Angela was granted temporary custody of her son. Since the horrifying murder of her ex-fiancé, Sutton Joseph has been living with his mother, Angela. It seems as if Angela’s world revolves around her son, and she has been focusing all of her attention on being a good parent.

Furthermore, Angela has mentioned that she finds it difficult to broach the subject of her late ex-fiancé with her son and gets emotionally affected whenever Joseph talks about his dad. At present, she looks like she is enjoying motherhood and loves making memories with her son, which she shares with her followers on social media.

Is Angela Simmons Dating Anyone?

In September 2018, reports claimed that Angela Simmons was dating NFL PLayer Khalil Mack after the two were spotted together in public. Yet, by the end of 2018, the couple seemed to have separated. After her relationship with Khalil, Angela has been speculated to be involved with Romeo Miller and Bow Wow, but these speculations have since been denied. In August 2020, Angela made her relationship with Daniel Jacobs public. The two seemed to be happy and very much in love.

Yet, in early 2021, all pictures of the couple were removed from their respective social media accounts, giving rise to the speculation that they broke up sometime in Christmas 2020. At present, there are no reports linking Angela to anyone else. Additionally, her pictures and posts on social media also showcase the absence of a romantic partner. Thus, it seems that at present, Angela Simmons is single and is busy furthering her business and being a wonderful mother to young Sutton Joseph.