Is Angelyne Based on a True Story? 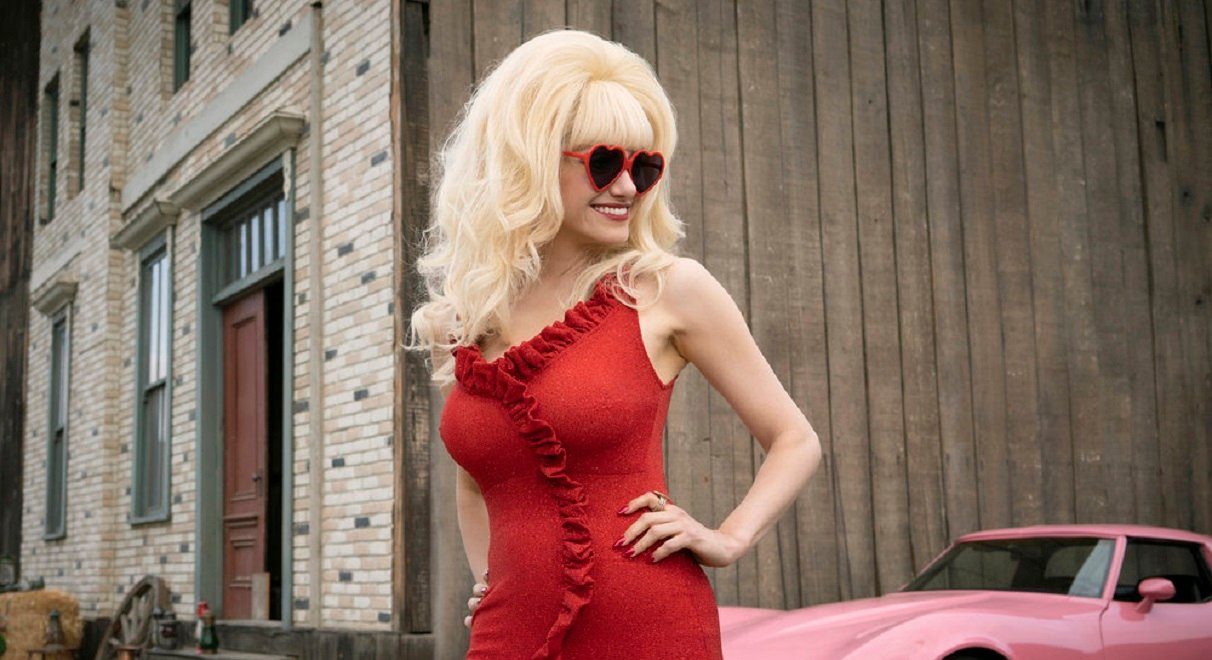 Peacock’s ‘Angelyne’ is a limited series that tells the remarkable story of the self-styled famous-for-being-famous titular icon and her effervescent past. Through featuring on dozens of strategically placed billboards across Los Angeles, Angelyne reaches celebrity status. Meanwhile, her secret past, which she remains tight-lipped about, makes reporters increasingly curious, and astonishing details are slowly revealed.

Created by Nancy Oliver, the show follows what appears to be a quintessential Hollywood icon, even including interviews with those that came and went from Angelyne’s life. Much of the narrative seems to be filmed in a documentary-style setting, so just how much of ‘Angelyne’ is actually true? Let’s find out.

Is Angelyne a True Story?

Yes, ‘Angelyne’ is based on a true story. The Peacock series is based on the real Los Angeles icon of the same name and draws from journalist Gary Baum’s 2017 piece in The Hollywood Reporter. Interestingly, the show is actually the brainchild of lead actress Emmy Rossum, who spent years working on bringing the series to fruition. Though Rossum and the media personality don’t look alike, the actress said she found the transformation she underwent to look like Angelyne to be quite liberating.

When Rossum shared Baum’s 2017 piece with her writer-producer husband, Sam Esmail, he was initially taken aback. However, he recognized the themes of “reinvention” and “rebirth from trauma” that abound in Angelyne’s story. Rossum had to cross quite a few hurdles to make the series a reality, including optioning Baum’s feature. Incidentally, Baum’s actual meeting with Angelyne is recreated in the show with a character named Jeff Glasner.

Rossum also had to acquire the life rights of the real Angelyne, and for a time, it looked like the latter would also be involved in the series. The two met in a private room at The Hollywood Roosevelt, where Angelyne reportedly spent about an hour selling her signature merchandise outside before showing up for the meeting. Rossum, who had also bought Angelyne’s meditation tapes on eBay, later said that she wanted the titular icon to know that the series was a love letter to her influence on popular culture.

Eventually, the show makers did secure Angelyne’s life rights, trademarks, songs, and art. However, she did not participate in the show’s production and is not credited in it. Rossum is seemingly fine with whatever degree of involvement Angelyne chooses, saying that she respects the icon’s decision. “She got to decide how she wanted to be a part of it, and I respect that,” Rossum told The Hollywood Reporter.

Since the show is ultimately based on an investigative journalistic feature, it actually depicts a lot of details quite accurately. This includes how Angelyne’s past and details about her childhood are eventually revealed. The show, much like the piece it is based on, also delves into her parents’ backstory, including how they met in Nazi concentration camps and subsequently immigrated to the US. The search for Angelyne’s past by a THR journalist (who, in real life, is Gary Baum) is also depicted.

Since the show is based on Baum’s feature, dramatizing its origin gives the show’s narrative a slightly “meta” feel — depicting events that seeded the eventual show. For example, the scene where the reporter meets an individual who claims to work at a government agency and reveals a host of details about Angelyne’s so far mysterious past — all of that actually happened. The information about Angelyne that Baum got in real life from the alleged government agency worker was independently vetted by THR.

However, it is worth noting that some parts of the story have been dramatized, as have some of the characters. Whereas the events and timeline of the show remain roughly accurate to real life, smaller details like exact locations and character names have been changed. On the show, Angelyne’s real name is revealed to be Rachel Goldman. In reality, the pink-corvette-toting Hollywood icon’s childhood name was Renee Goldberg.

Taking the aforementioned facts into consideration, ‘Angelyne’ is an interestingly dramatized version of true events that infuses its central character’s ethereal sense of reality into the narrative. It stays true to its journalistic inspiration by sticking close to the major events of Angelyne’s life as they happened. However, the show still keeps its namesake’s mystery alive and fittingly depicts her in a spaceship in the final episode.

Read More: Who Were Angelyne’s Parents? Are They Dead or Alive?