Who Were Angelyne’s Parents? Are They Dead or Alive? 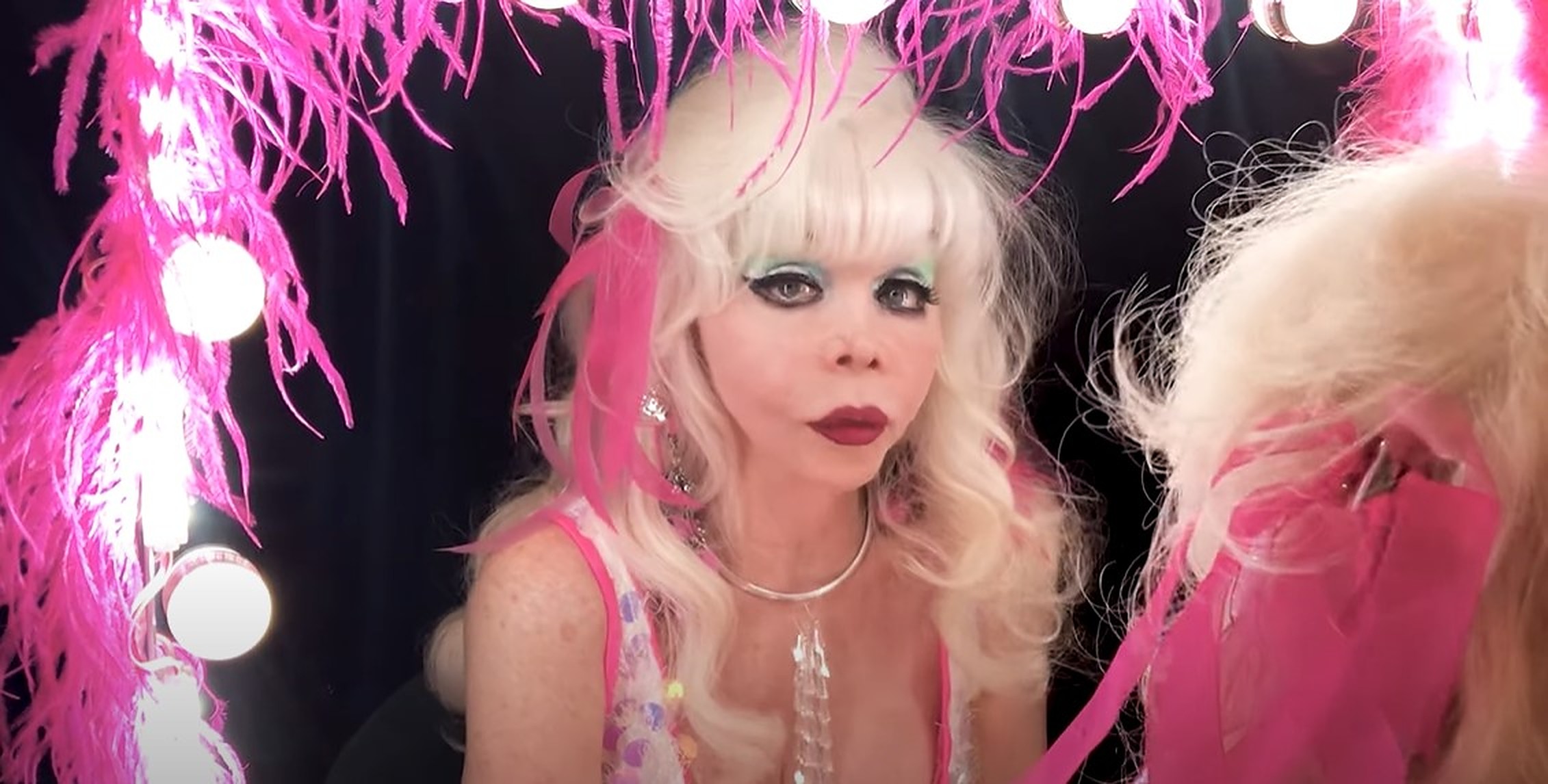 ‘Angelyne‘ is a biographical drama series that chronicles the life of the renowned media personality and model Angelyne, who became a sensation during the 80s and 90s. She gained major recognition in 1984, after appearing on a series of iconic billboards around Los Angeles. Over the years, Angelyne has become a major part of the city’s culture.

Though a lot has been said about Angelyne’s work and enigmatic personality, not much was disclosed about her family until 2017. Created by Nancy Oliver, the Peacock original series stars ‘Shameless’ fame Emmy Rossum in the titular role. Apart from her rise to fame, the limited series also sheds light on Angelyne’s past life, parents, and childhood. Thus, it is natural for her fans to get curious to know more about the pivotal aspects of her life. Let’s find out about them, shall we?

Angelyne has always remained tight-lipped about her life before she became famous and has often evaded most questions pertaining to her background. However, The Hollywood Reporter journalist Gary Baum was the first one to uncover the details of her early years closely. In 2015, he wrote a profile of Angelyne, but as per him, she maneuvered their interviews as per her wishes and refused to divulge much information about her parents.

Angelyne shared that she was an only child. She further stated, “I lost my parents at a young age, and because of that I sought the attention of the world through my tricks. I said, ‘Well, I’m going to get the love of the world.’” Moreover, Angelyne concluded that she was saving her past for her memoirs by adding, “It’s just a long story. I don’t want to get into it. I made my way here.” Refusing to give up, Gary continued to research Angelyne’s life and with the help of a private investigator, he soon found that her original name was Ronia Tamar Goldberg; she later changed it to Renee Tami Goldberg.

Born on October 2, 1950, in Poland, Angelyne’s parents Hendrik Goldberg (also known as Heniek, Henryk, and later Henry) and Bronia Zernicka AKA Bronis were Polish Jews who met during World War II in the Chmielnik ghetto. Henry and Bronia had seen the horrors of the war firsthand, at a series of concentration camps, including Skarzysko, Buchenwald, and Bergen-Belsen. Furthermore, the latter lost more than 40 relatives in the Holocaust, including her father and siblings. Henry and Bronia were two of the 500 people who survived out of a population of 13,000.

After being liberated from the concentration camps, henry and Bronia got married in the Foehrenwald displaced persons camp in Germany and eventually returned to Poland. After Angelyne was born in 1950, her parents immigrated to Israel, where they lived east of Tel Aviv in a Hasidic Jew community named Bnei Brak. In 1952, Angelyne’s younger sister Annette was born. A few years later, in 1959, the family traveled to New York and subsequently settled down in Fairfax, Los Angeles. In addition, Henry began working as a tool-and-die mechanic. In addition, it was later revealed that Angelyne had another sister named Genia, who died in Jerusalem in 2014.

In 1965, when Angelyne was 14-years-old, her mother Bronia passed away due to cancer. This caused her a lot of trauma, and she became uncomfortable speaking about it with anyone. Angelyne’s former husband, Michael Strauss, shared with Gary that her mother’s death was a forbidden subject to discuss. He said to The Hollywood Reporter, “She’d never talk about her mother — ever, ever, ever. It was a subject that couldn’t be brought up. If I brought it up, it was shut down.”

After Bronia’s death, Henry remarried a seamstress named Deborah, a divorcee and a fellow Holocaust survivor, with a daughter named Norma. The family then moved to Panorama City in San Fernando Valley, where Angelyne enrolled herself in high school while Henry and Deborah ran a strip-mall liquor store in Van Nuys. According to Michael, Angelyne’s childhood was unhappy. He alleged that her father was controlling and abusive.

Michael further stated that Henry’s trauma of the war had likely hardened him, and he refused to open up much about his past. Not just that, he shared that Angelyne never considered herself Jewish and felt disconnected from her roots. After they divorced in 1969, she moved out and adopted the name “Angelyne.” Henry reportedly kept in contact with Annette and Norma, until his death in 2004.

Read More: Is Jeff Glasner a Real Journalist? Where is He Now?