Where Was Angelyne Filmed? 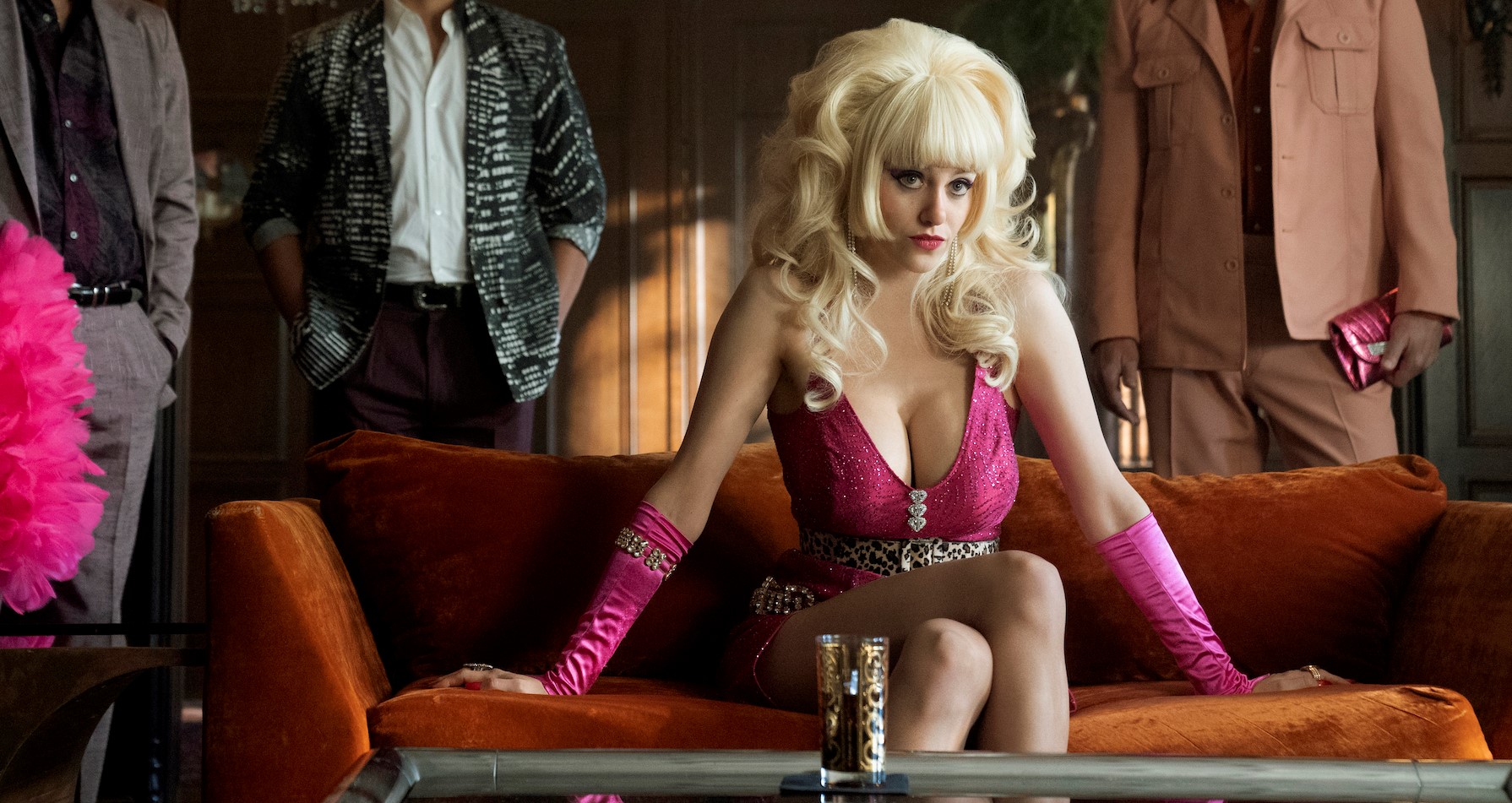 Based on the real life of Angelyne and loosely inspired by the 2017 Hollywood Reporter article that brought the blonde’s secret past to light, ‘Angelyne’ is a biographical drama series created by Nancy Oliver. Set in the 1980s, the narrative highlights several aspects of fame and truth through the eyes of the mysterious blonde who becomes the face of several billboards across Los Angeles, making her famous. In addition, the storyline tackles a number of subjects, such as the significance of billboards back in the day and the consequences of fame, both of which the titular character experiences.

Emmy Rossum embodies Angelyne for the biographical series, looking unrecognizable and indistinguishable from the latter. This is made possible because of her brilliant acting skills and the competency of the crew members who make her look the part. The premise is set against the backdrop of the vast cityscape, including the vivid billboards and posh neighborhoods. Moreover, the color pink is the prominent element in a majority of the scenes of the show. So, in case you are eager to learn about the filming locations that feature in the series, here is everything we can tell you!

‘Angelyne’ was filmed entirely in California, specifically in Los Angeles and Malibu. The principal photography for the inaugural season commenced in early 2020 but was halted due to the COVID-19 pandemic. An additional delay was caused in the filming schedule due to Emmy Rossum’s pregnancy. The actress welcomed a baby girl into the world in May 2021. Once the coast was clear for production, the shooting seemingly resumed in September 2021 and possibly wrapped up in late 2021. Now, let’s take a look at all the places that serve as production sites for the series!

Since a majority of the narrative is set in Los Angeles, the production team chose the Southern Californian city to tape pivotal scenes for the show. In September 2021, Emmy Rossum was spotted coming out of a trailer with her hair and makeup done, looking almost unrecognizable. The actress was preparing to shoot a few re-takes. The following month in October 2021, the cast and crew members were seen working on some important sequences, possibly in the Hollywood neighborhood.

There is a scene where Angelyne’s love interest asks for her hand in marriage after gifting her a brand new baby blue Corvette. This was seemingly shot in the iconic Hollywood neighborhood as well. Moreover, the dramatic scene where the titular character smashes a guitar on the side of the road was also possibly lensed in the same area. In addition, a branch of the diner chain Denny’s – located in a strip mall in Hollywood – features in one of the sequences. 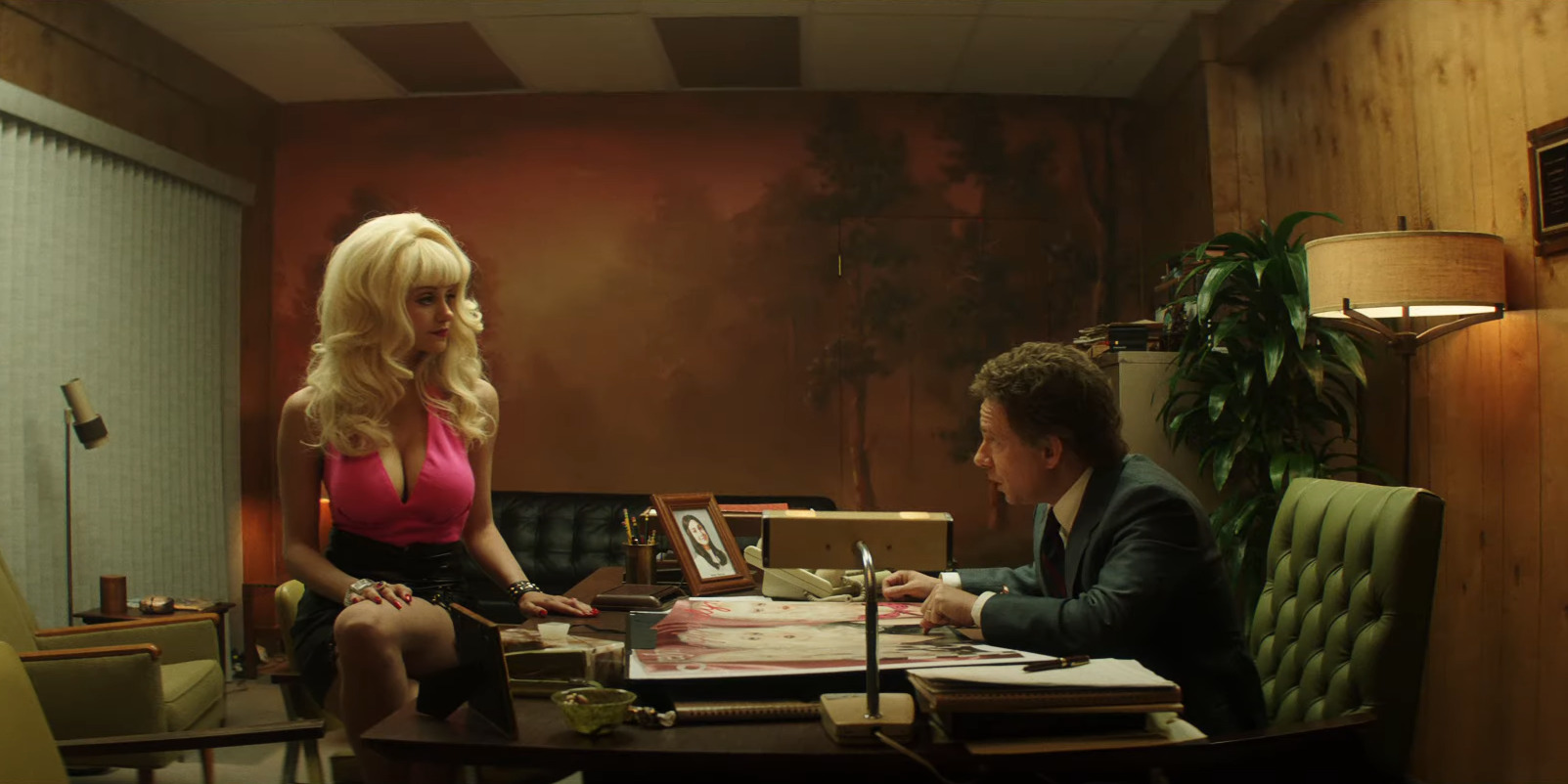 Malibu also serves as a prominent production location for the series. The beach city is located to the west of Los Angeles. In the early stages of production, specifically in February 2020, the cast and crew set up camp on one of the many beaches to shoot a few sequences. Malibu is known for its numerous celebrity homes and gorgeous beaches, making it an ideal filming site. Some of the notable movies and TV shows that have been shot in the city are ‘Once Upon a Time in Hollywood,’ ‘Inception,’ ‘Two and a Half Men,’ and ’24.’

Read More: Is Angelyne Based on a True Story?