Is Autumn Girl Based on a True Story? Where Was it Filmed? 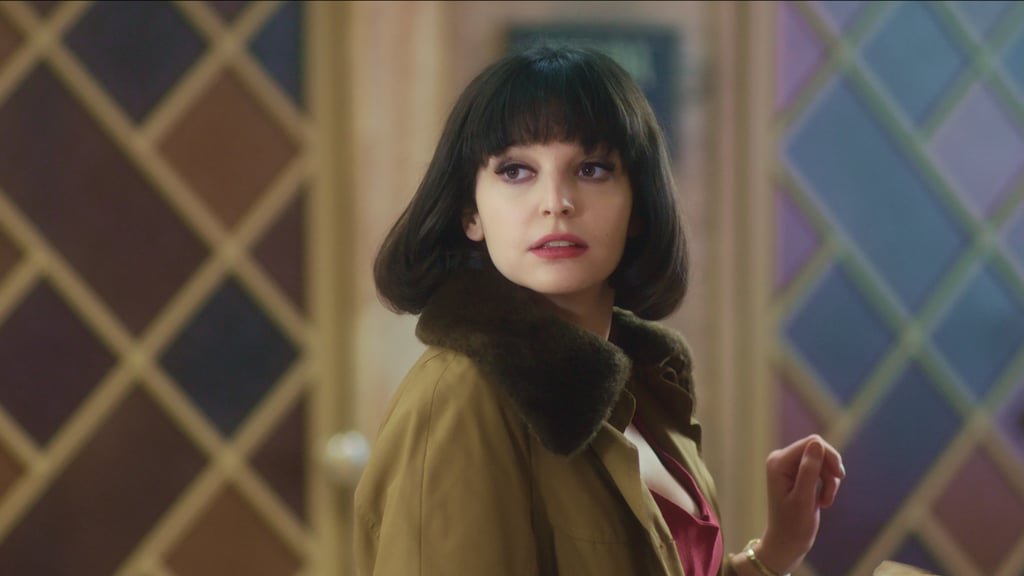 ‘Autumn Girl’ (original title: ‘Bo we mnie jest seks’) is a Polish musical drama film that follows actress and musician Kalina Jedrusik in the 1960s. The free-spirited actress remains untethered by the conventions of her time and becomes an icon, only to then be pulled down by elements of the conservative communist regime of the time. Despite the high-ranking official trying to end Kalina’s career, she remains unapologetically true to herself.

The film is a vibrant journey into the Polish entertainment industry and society of the 1960s. The storyline seems to have elements of truth in it, so we decided to see whether ‘Autumn Girl’ is based on a true story or not. Here’s what we found.

Is Autumn Girl Based on a True Story?

‘Autumn Girl’ is partly based on a true story. Co-written by director Katarzyna Klimkiewicz and Patrycja Nowak, the movie is based on the iconic Polish singer and actress Kalina Jędrusik, who performed in over thirty films between the years 1953 and 1991. While some aspects of the film – like Jędrusik’s unconventional marriage to writer Stanisław Dygat (which included an accepted affair that her husband knew about) – are reflective of reality, the storyline itself blends fact and fiction.

Klimkiewicz has described her film as an ode to Polish cinema and musicals of the 1960s, which explores the dynamic between a liberated woman and a powerful, repressed television executive. However, the tone of the film is decidedly upbeat. According to cinematographer Weronika Bilska, this was because the team behind the film didn’t want the central character to be a victim.

Instead, Jędrusik’s story is a vibrant and colorful depiction of the “Polish Marilyn Monroe,” with the cinematographer Bilska taking inspiration from colorful stills of Polish productions from the 1960s. The colorful photos were particularly valuable since almost all of Jędrusik’s work was captured in black and white.

The film’s Polish title, which literally translates to “Because there is Sex in Me,” strongly hints at the fact that it focuses on Jędrusik’s fearless, artistic, and slightly audacious character. Through a mix of singing, dancing, and the protagonist’s occasional eccentric visions, the narrative remains whimsical while also offering social commentary on the period it is set in.

Thus, more than a regular biopic that follows historical facts, the Netflix movie is a “fantasy” that is a metaphor for Kalina Jędrusik’s work and place in society. Of course, the pushback she got from that time’s conservative societal elements forms a significant part of the narrative. But it doesn’t overshadow the fact that the film is, above all else, a celebration of the iconic singer and vibrant actress.

Where Was Autumn Girl Filmed?

‘Autumn Girl’ was filmed on location in the Polish capital of Warsaw. Principal photography reportedly began around November 2019 and wrapped up by February 2020. Let’s take a look at some of the specific locations that were used to bring the colorful world of Kalina Jędrusik to life.

Filming reportedly took place at the historic Kino Tęcza Theatre, which is located at Pawła Suzina 6, and the Rydz-Śmigły Park on Rozbrat Street. The Youth Palace (PKiN) – situated in the Palace of Culture and Science at plac Defilad 1 – also appears in the film, as does the Młynarski Auditorium in the majestic Grand Theatre on plac Teatralny 1. As per the reports, the production crew used the Sluzewiec horseracing track at Puławska 266 to lens a few scenes of the vintage musical drama.