Is Bad Trip Scripted or Real? 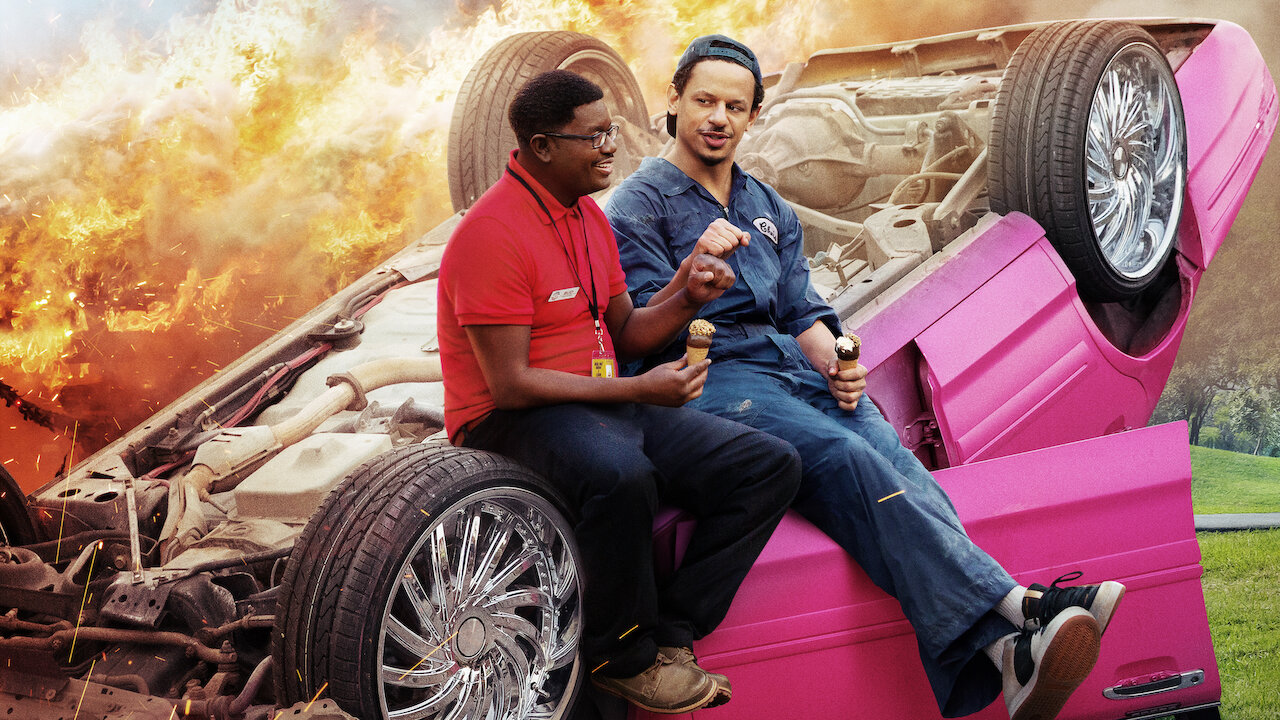 Directed by Kitao Sakurai, ‘Bad Trip’ is a comedy road movie that revolves around Chris Carey (Eric André) and Bud Malone (Lil Rel Howery), two underachieving friends who are dissatisfied with their dead-end jobs and how their lives have turned out to be. After Chris has a chance encounter with his high-school crush Maria Li (Michaela Conlin), he and Bud decide to travel from their Florida hometown to New York City so that Chris can ask her out.

Unbeknownst to them, Trina (Tiffany Haddish), Bud’s sister and a convicted criminal, is pursuing them as they stole her car. In the course of the film, the two friends get involved in one bizarre situation after another. If the bystanders’ response to their antics has made you wonder whether ‘Bad Trip’ is inspired by real-life events, this is what we know.

Is Bad Trip Real or Fake?

No, ‘Bad Trip’ is not real. The film’s screenplay was written by André, Sakurai, and Dan Curry. The original story was developed by André, Sakurai, and Andrew Barchilon. André has made a career for himself with his unique brand of physical comedy and pranks. In Adult Swim’s surrealistic comedy series ‘The Eric Andre Show,’ he pranks his celebrity guests and members of the general public by putting them through embarrassing and absurd situations. 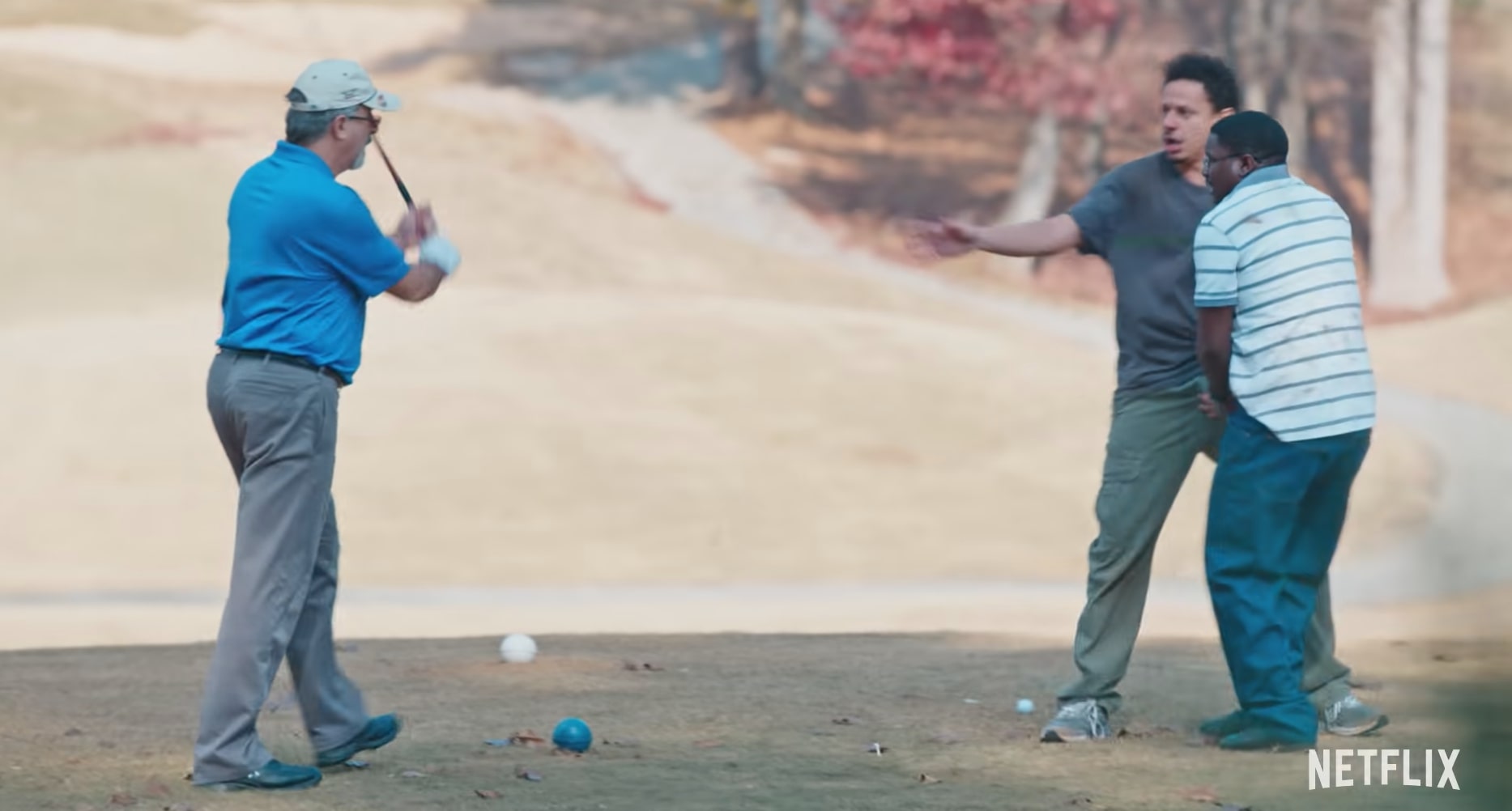 ‘Bad Trip’ is an extension of that. As mentioned above, the film is scripted, so the various outrageously hilarious situations that the two protagonists keep getting involved in are pre-planned. However, the bystanders watching these situations unfold are not aware of this, and their genuine reactions are filmed with hidden cameras.

Speaking about how he acts in such tricky circumstances, André stated in an interview, “When you are interacting with real people in a hidden-camera prank scenario, it’s impossible for your performance to be stale, because you’re using every part of your brain to improvise within the situation and mine the most comedy.” According to him, it’s all about spontaneity. He continued, “It’s also like a high-wire act. It’s the highest-stakes version of comedy, because you’re putting yourself in danger.”

André and Howery inevitably encountered similar situations while filming ‘Bad Trip.’ In multiple interviews, André related an incident in which they nearly got stabbed. It was Howery’s first day of filming. In Atlanta, they were shooting a scene in which André and Howery’s characters have their penises stuck inside a Chinese finger trap.

When they entered a barbershop, the man took a look at them and immediately started chasing them with a knife. Because of the sheer fear, André forgot the pre-determined safe word, and the only thing he and Howery could do was run. Fortunately for them, the security eventually intervened. When the man was informed that they were filming a scene for a movie, he calmed down.

According to André, 80 to 90% of the footage they shot ended up on the cutting room floor. “Filming is part of the writing process in a roundabout, very expensive way, because you’re dealing with so much unknown,” he said about the process in the interview mentioned above. “You don’t know how people are going to react to each prank. You don’t know if the prank is going to fit in the body of the movie. We did each prank two or three times, and we would pick the best person or group of people at each time. Then on top of that, thinking about how much the editors are burning. A normal movie has one, two, maybe three cameras rolling max on a scene? We had like 19 cameras rolling for every scene.” 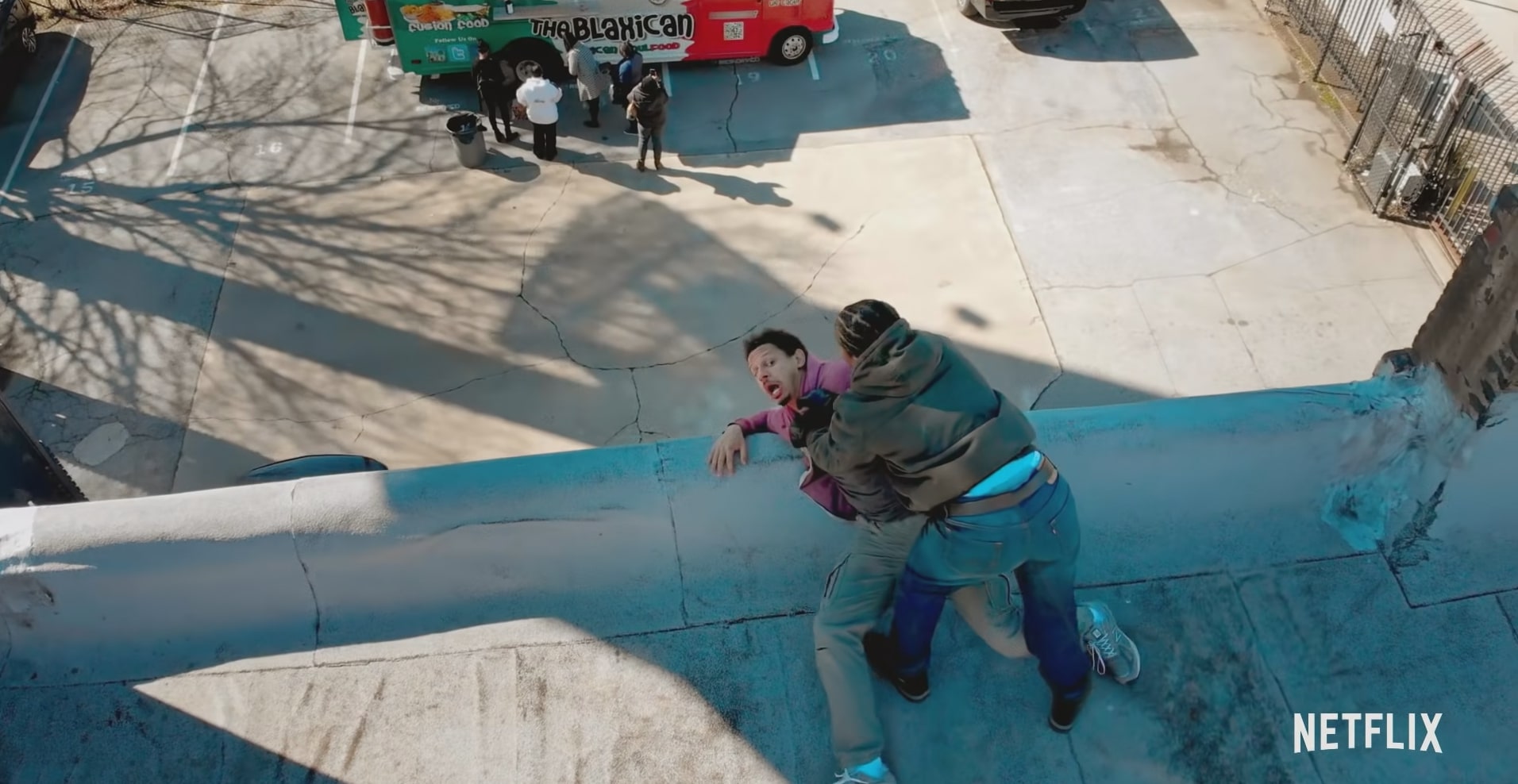 One of the scenes that didn’t make it to the final cut depicts actor and comedian Chris Rock portraying a police officer. Although they spent 12 hours filming the scene, it just didn’t work. While developing the film, André received invaluable suggestions from one of the pioneers of the genre, ‘Jackass’ co-creator Jeff Tremaine, who served as a producer on ‘Bad Trip.’

André also consulted Sacha Baron Cohen, whose pranks in films like ‘Borat,’ ‘The Dictator,’ and ‘Borat Subsequent Moviefilm’ have transcended the genre to become the purest form of political and social satire. Evidently, ‘Bad Trip’ is not inspired by true events, but like ‘Borat,’ it uses real people as bystanders and pranks them with the main two characters’ antics. The closing credits are accompanied by the footage of the bystanders learning about the pranks and hidden cameras.