Is Black Narcissus a True Story? 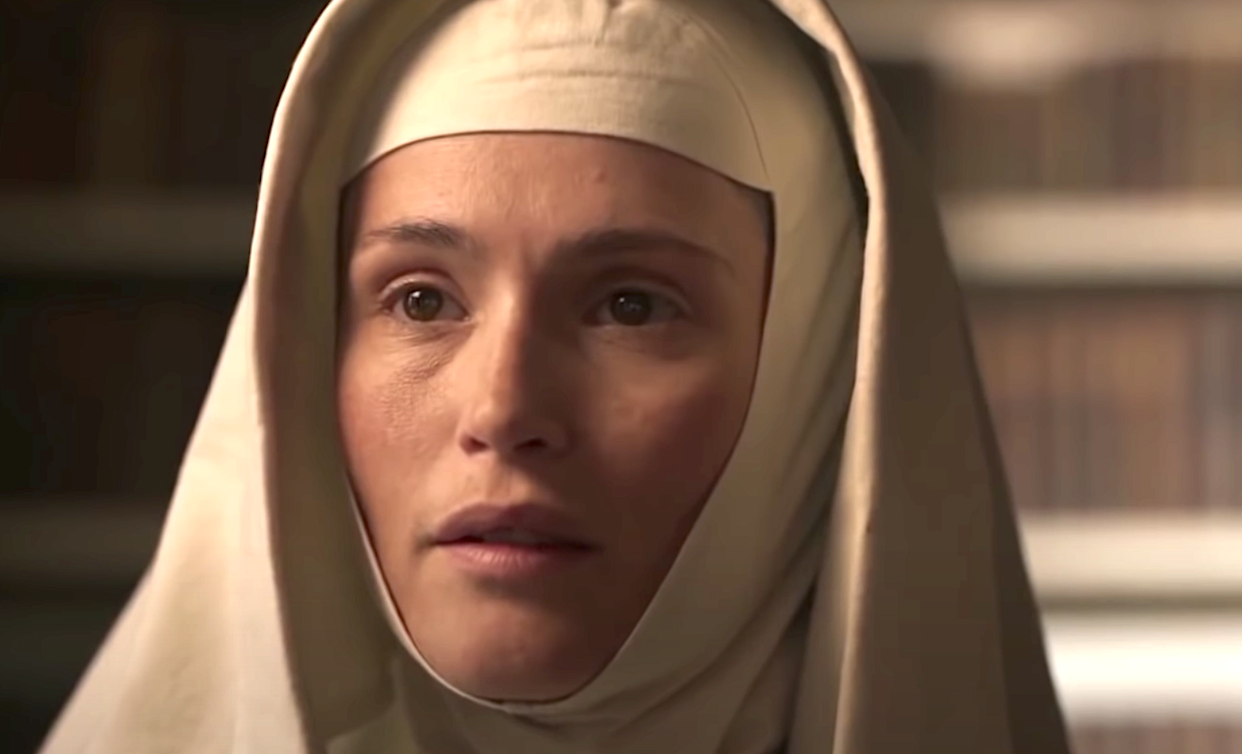 ‘Black Narcissus’ is a drama that follows Sister Clodagh (Gemma Arterton) and a group of nuns who arrive at the palace of Mopu to set up the Convent of St. Faith. In the hauntingly beautiful surroundings of the snow-clad Himalayan mountains and the deafening silence, each of them is compelled to face their demons. The three-part miniseries is directed by Charlotte Bruus Christensen from a script by Amanda Coe.

The engaging drama miniseries is an adaptation of Rumer Godden’s 1939 novel, which was also adapted to a film in 1947. Since the storyline is set in the 1930s, when India was still under British rule, we wonder if the events are based in reality. We got curious, so we dug further, and here’s everything we found out!

Is Black Narcissus Based on a True Story?

No, ‘Black Narcissus’ is not based on a true story. The miniseries is an adaptation of Rumer Godden’s 1939 novel of the same name. Godden was born in England but spent a great deal of her childhood in India. She is known for her colorful and dramatic stories, which were inspired by her own experiences. While living in India during the colonial rule, Godden saw a lot of missionaries coming up and working closely with the native communities. ‘Black Narcissus’ is the late author’s first novel published to critical acclaim. It also paved the way for future success, with nine of her works being adapted for the screen.

One can’t help but notice how realistic and honest the portrayals of the different characters in the miniseries are, as they emphasize sexual repression. Religion and its representatives have worked hard for ages to maintain discipline and a certain public presence. But ‘Black Narcissus’ takes a closer look at them as humans with fundamental desires. Sexual repression is only one manifestation of the tug of war between the Id and Superego. When the two are not in sync, it causes psychological distress, which we gradually see unfolding as the nuns spend more time in Mopu.

The constant tussle between the Id and Superego also raises the question, “Who are we, when no one is looking?” Most of us swing back and forth but have found an equilibrium that helps us integrate into society. But if we were isolated and just left to our own devices, would that change? Definitely. Being cut off from the world and their natural environment, the nuns find themselves in an unfamiliar place, forcing them to take a long hard look at themselves. We see how each of them starts to bring forth the aspects of themselves, which were pushed deep down.

It is also the reason why solitary confinement is considered the severest of punishments. Sometimes, what is repressed gets festered, and its manifestation can be deadly – Sister Ruth clearly shows us how. During the 2020 pandemic, the whole world experienced what isolation can do to one’s mental health, so this aspect should not be hard to connect to. Certain aspects of the original characters may have been inspired by the people Godden came across since she is known for her realistic characters, but the story is fictional. The adaptation that differs from the 1947 film that precedes it as well as the original novel.