Is BMF Based on a True Story? 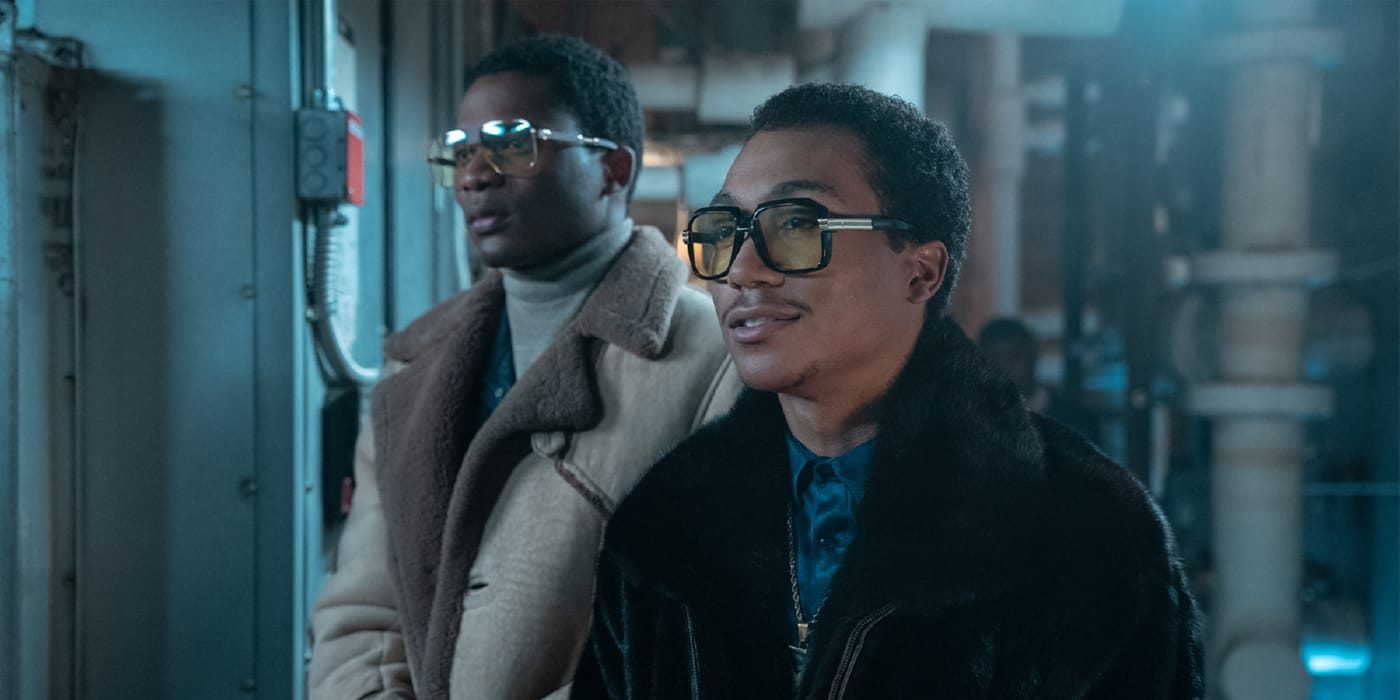 ‘Black Mafia Family’ (also known as ‘BMF’) is a crime drama show developed for television by Curtis “50 Cent” Jackson and Randy Huggins. It follows the story of the Flenory brothers — Demetrius and Terry — who start their own drug trade based out of Detroit and create a criminal empire that brings them into the limelight. The series is set in the 1980s and features many allusions to crime families and real-world figures of the era as well as Detroit history.

All these aspects are enough to make the viewers wonder whether the story is inspired by any real incidents or true stories. We also got curious about the same and decided to investigate the matter. Here’s everything we learned about the inspirations behind the ‘Black Mafia Family.’

Is BMF Based on a True Story?

Yes, ‘BMF’ is based on a true story. The series is inspired by the life of Demetrius “Big Meech” Flenory and Terry “Southwest T” Flenory. The brothers established the mafia organization Black Mafia Family in 1989 and indulged in the drug trade and money laundering in Detroit. They started by selling drugs on the streets of Detroit in the 80s and expanded their operation into multiple states by 2000.

The brothers formed the record label and promotion agency BMF Entertainment and entered the hip-hop music scene in the early 2000s. They collaborated with many popular artists through this label, which is believed to have acted as a front for their illegal activities. In 2005, the brothers were arrested along with other members of their mafia empire.

They pleaded guilty in November 2007 and were sentenced to 30 years in prison. Demetrius is currently serving his sentence at the Federal Correctional Institution in Sheridan and is expected to remain in imprisonment until May 5, 2029. Terry was placed under house arrest in 2020 partly due to health concerns and partly to free up prison space due to the Covid-19 pandemic.

Most of the characters in the show are based on or at least partially inspired by real people. Demetrius Flenory’s son, Demetrius Flenory Jr., plays a fictional version of his dad on the show. While the criminal activities and downfall of the brothers’ empire is an enthralling story on its own, that isn’t necessarily the key focus of the show. The story of the family trying to survive against difficult circumstances forms the heart of the show.

The story is also about the American dream and explores just how far a person would go to achieve that dream. While writing for the show, showrunner Randy Huggins spoke with Demetrius, Terry, and the people close to them, such as Lucille Flenory, Nicole Flenory, and Roland West.

He also visited Detroit to get a feel of the circumstances in which the brothers were raised. “It was an eye-opening experience. It helped me shape why these guys made the decisions they did,” Huggins told Detroit Free Press in an interview about his research. Huggins also noted that the cocaine epidemic and unemployment in the 80s are reminiscent of the current opioid crisis and financial struggles caused due to the Covid-19 pandemic.

All things considered, it should suffice to say that the makers have done an impressive amount of research to craft the story of the real Black Mafia Family on the screen with as much authenticity as possible. The issues that the characters face in the show are comparable to current issues faced by working-class people making the show resonant. The narrative is powered by a strong family theme which makes it further relateable.

Read More: Where is BMF Filmed?