Is Bobby Flay Married? Does He Have Children? 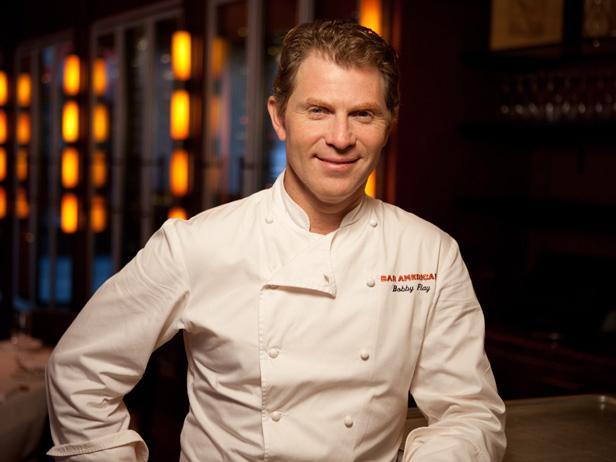 Bobby Flay needs no introduction, yet for those who live under the rock- he is a world-famous chef, restaurateur, and television personality. But what you might not be acquainted with is that the star realized his passion and talent for establishing a culinary career during his childhood years. He earnestly asked for an Easy-Bake Oven as his Christmas gift when he was just 8! Dropping out of school at 17 must not have been easy, but Flay did it anyway, to take up a job at Joe Allen, a famous New York restaurant, partly owned by his father, Bill Flay.

There was no stopping the young and talented chef as he earned the good word of Joe Allen himself, who went to the extent of paying his tuition for The French Culinary Institute. Flay’s television career is a whole different story that began in 1994 after he had already proved himself a successful restaurateur. He has appeared on Food Network’s ‘Iron Chef America,’ thus receiving the nickname “Iron Chef Flay.”

Then founding his image as TV’s hottest grill master, Flay went on to rule the world of cookery shows, appearing on one after the other. Some of his regulars have been: ‘Brunch @ Bobby’s,’ ‘Throwdown! with Bobby Flay,’ ‘Worst Cooks in America,’ ‘The Next Food Network Star,’ to name a few. In addition to his illustrious career, the four-time Daytime Emmy Award winner’s tumultuous relationships have frequently kept him in the news.

Bobby Flay met the talented chef, Debra Ponzek, at a Meals-On-Wheels charity event in 1990, when he was 26-years-old. In less than a year, the former couple shared their wedding vows on May 11, 1991, at the classic NYC restaurant, The Rainbow Room. They are both winners of the James Beard Award, the most prestigious accolade in the culinary business. Despite independent, successful careers, the couple could not enjoy peaceful home life for long and got divorced only after a couple of years in 1993. 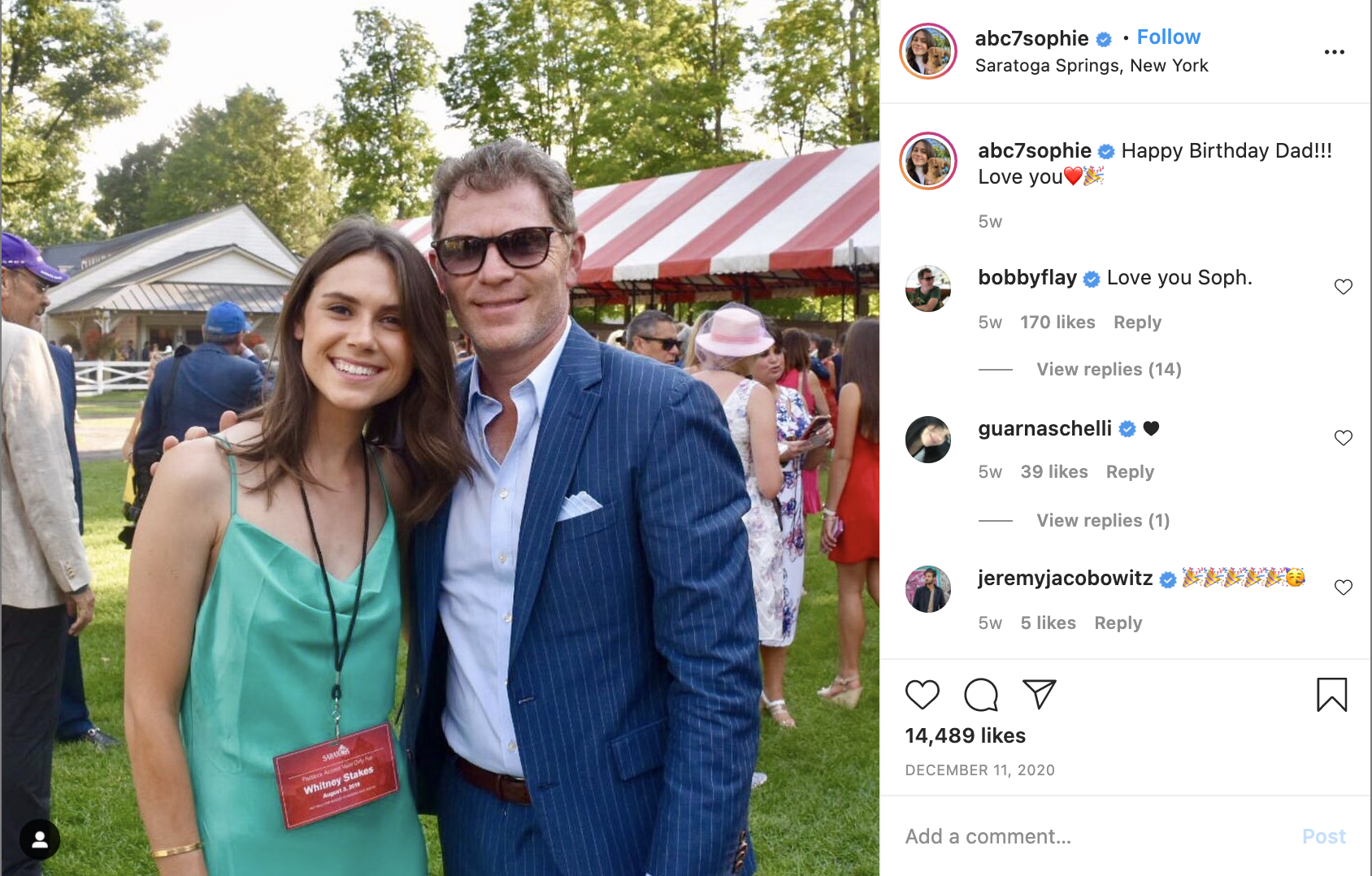 The following year, the celebrity chef met the then-single mom Kate Connelly on the Food Network’s talk show ‘Robin Leach Talking Food.’ Flay and Connelly tied the knot on October 1, 1995, but separated three years later in 1998, getting divorced shortly after. His bitter relationship might not have given him much contentment but surely made him a proud dad to his daughter, Sophie Flay, on April 16, 1996. His “world changer” is no less than a celebrity herself and often features with her star dad on Food Network’s ‘Brunch @ Bobby’s,’ ‘Beat Bobby Flay,’ and ‘The Flay List.’

Undoubtedly, Flay has felt the happiest around his daughter but hoped to give his love life another shot. Interestingly, he was set up on a blind date with the gorgeous actress, entrepreneur, and philanthropist, Stephanie March. Best known for her portrayal of Alexandra “Alex” Cabot on ‘Law and Order: SVU,’ Stephanie was only beginning her career when she met Flay in 2000. He popped the at the Rockefeller Center ice rink in 2003, and she walked down the aisle for him on February 20, 2005.

Flay’s most controversial marriage ended with him filing for divorce in March 2015, amidst scandalous controversies like him being an absent husband, on some of the most pivotal moments of their marriage. There were also reports of Flay allegedly cheating on Stephanie for nearly three years with Elyse Tirrell, a hostess at the chef’s restaurant who went on to become his assistant. The duo officially parted ways in July 2015.

Is Bobby Flay Dating Anyone?

Bobby Flay did not let the disappointment of three failed marriages get the better of him. He not only got up to live fully but also love again with all his heart. The star chef started dating Heléne Yorke, a Canadian-born American actress, model, singer, and dancer, after crossing paths with her at a New York Knicks Game in 2016. The two often indulged in PDA and even started (now deleted) an Instagram account named “The hungriest Girlfriend” to exhibit Yorke’s culinary experiments with Flay. 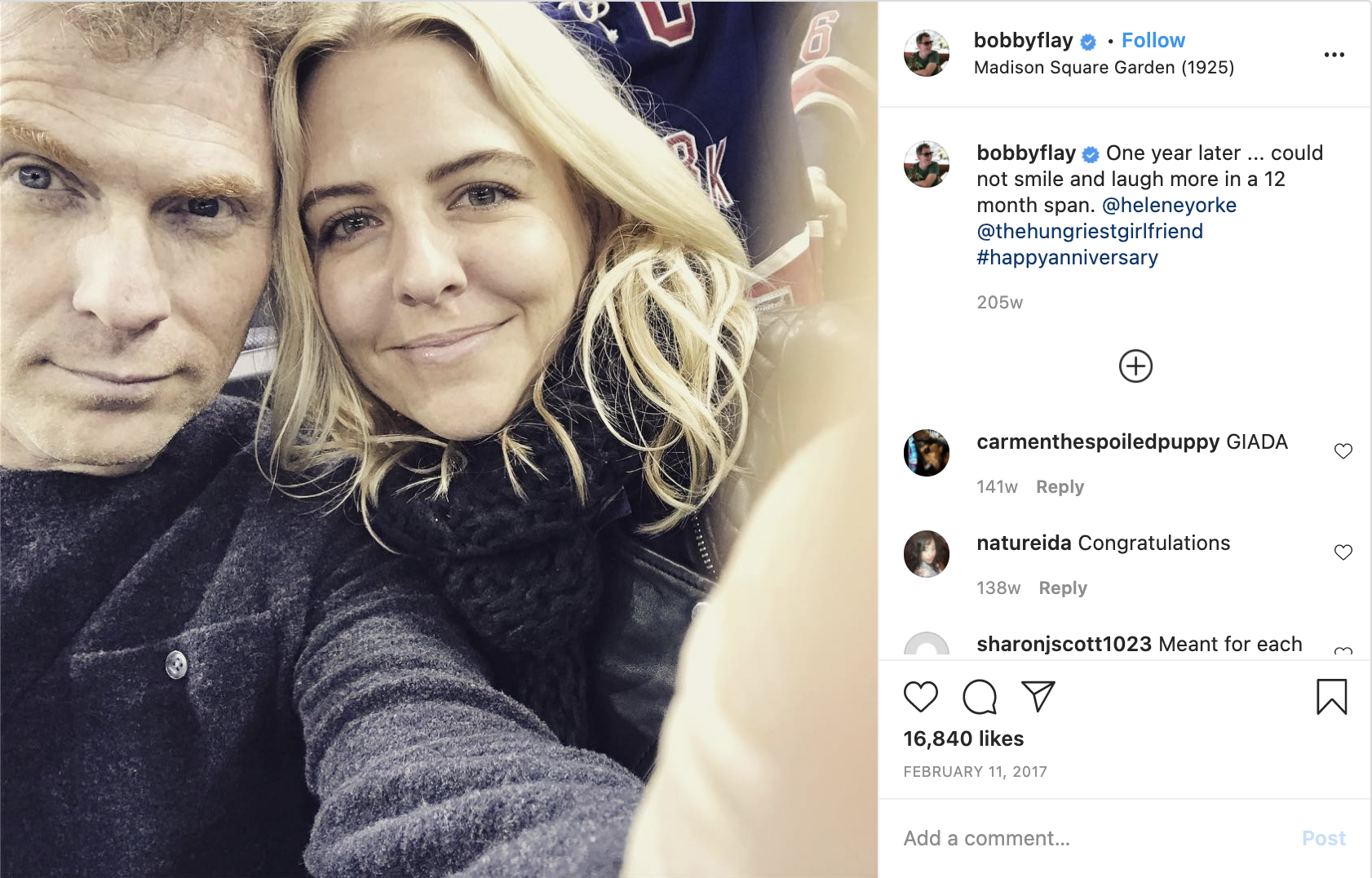 After sharing an amicable relationship for almost three years, the duo called it quits in early 2019. During an episode of Food Network’s cooking competition show ‘Beat Bobby Flay,’ the host and chef laughingly confessed, “I’m very single. She kicked me to the curb.” It can be quite heartbreaking not to have a stable partner to hold one’s hand through the ups and downs of life. But the truth remains that Flay is not known to be currently dating anyone and is solely focusing on his passion for cooking, as is evident from his aesthetic and yummy-looking dishes on his social media accounts.

Read More: Is Duff Goldman Married? Does He Have Kids?