Is Duff Goldman Married? Does He Have Kids? 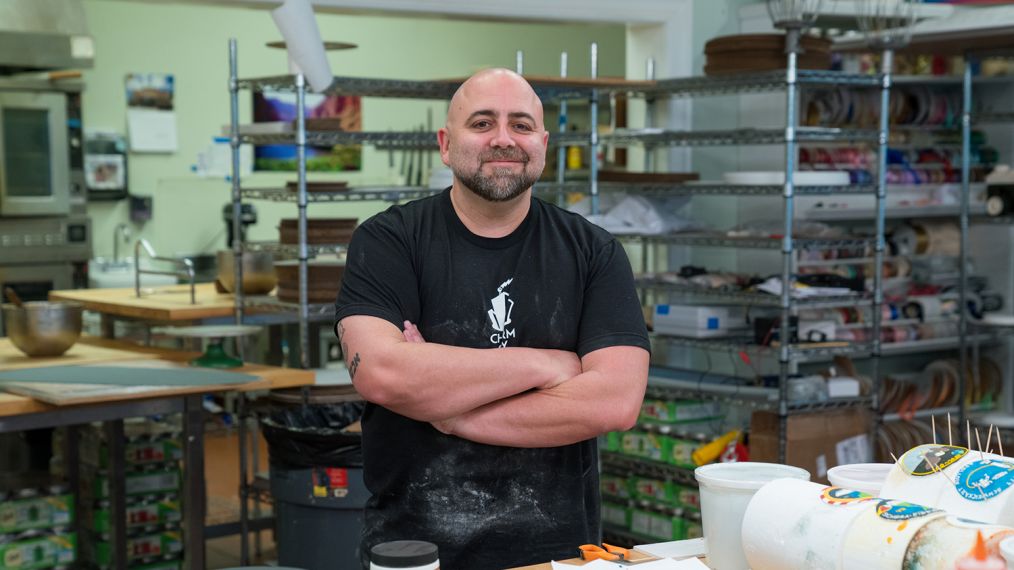 Duff Goldman is a pastry chef and television personality most known for his appearances on Food Networks ‘Ace of Cakes,’ ‘Duff Takes the Cake,‘ ‘Cake Masters,’ and ‘Food Network Challenge.’ The pastry chef has had massive success in the industry thanks to his business, the Charm City Cake shops in both Baltimore and Los Angeles. Not only is he a pastry chef and businessman, but Duff has played bass guitar in a pansori band called Messgram and is currently in a band called Foigrock. Curious to know more about him and his family life? Read on!

Jeffrey Adam “Duff” Goldman, was born on December 17, 1974, to Jewish parents, Jacki Winch and Morrie Goldman. His nickname Duff is actually the result of his brother, Willie Goldman’s, inability to pronounce his name, which resulted in him calling Jeffrey “Duffy.” Even though he was born in Detroit, Michigan, he spent the better part of his childhood in Missouri. His parents, unfortunately, got divorced when he was just 10 years old, so after that, Duff split his time living between Northern Virginia and Sandwich, Cape Cod, Massachusetts.

The pastry chef turned Food Network star got married to his longtime girlfriend, writer Johnna Colbry at the Natural History Museum of Los Angeles County on January 21, 2019. Since they share their love for animals, their nuptials included a petting zoo, and they both said “I do” under the T-Rex exhibit in front of 250 of their closest friends and family members. It is reported that the couple has been together since 2016, but exactly when and where their romance blossomed has been kept on the down-low.

Even with their almost 20 year age gap, they make it seem like everything is light and breezy for them. Their relationship is one of trust, love, and dedication and even though there have been some crazy ideas on Duff’s part, it’s evident that Johnna is down for whatever he wants, made clear by the addition of a meat cake along with the traditional white cake on their wedding day. Now happily married, the couple resides in a beautiful home in Los Angeles, California.

In an interview with People, Duff revealed that their engagement was spontaneous. He was in the shower when he just had the gut feeling that Johnna was the one for him, that he just needed to marry her because of how in love with her he was. So, after he got out of the shower, he got a piece of butcher’s twine, and when he met her, he proposed to her with it. When he announced their engagement on his Instagram, he gushed about her a lot, calling her “kind, funny, smart, beautiful, cool, wise, and sexy.” He even admitted that he couldn’t have stopped what was happening even if he wanted to.

Duff does not have any kids as of yet, and even though he had previously stated that he didn’t want any either, after meeting Johnna and their marriage, his whole perspective on starting a family has changed. “I never wanted kids and now I’m just like, ‘Of course we’re going to have kids!’,” he has said. “Everything changed. My whole worldview changed. A weight was lifted.” Duff has even stated on various occasions that he is religious and is actively involved in Tzedakah, so we’re certain that their future kids would probably be raised religious as well.