Is Catherine Reitman Married? Does She Have Kids? 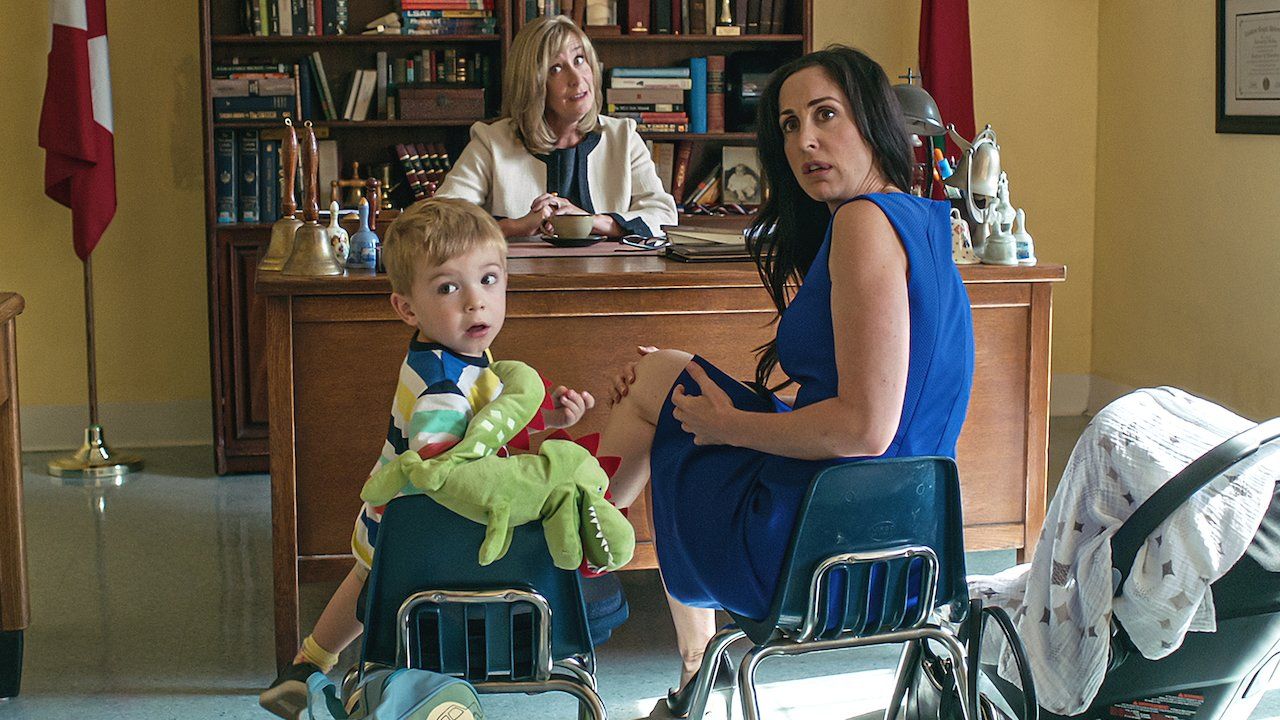 Catherine Reitman is an American-Canadian actress, writer, and producer. Although she is most known for being the creator, executive producer, writer, and the star of the comedy series ‘Workin’ Moms,’ she has also made appearances on shows like ‘It’s Always Sunny in Philadelphia,’ ‘How I Met Your Mother,’ ‘Weeds,’ and ‘Blackish.’

Born April 28, 1981, in Los Angeles, California, Catherine is the daughter of French-Canadian actress Geneviève Robert and Slovak-born Jewish Canadian film director Ivan Reitman (Ghostbusters). She is one of three siblings; she has a sister by the name of Caroline Reitman and a brother, Jason Reitman (Juno), who is also in the entertainment industry and is a director, screenwriter, and producer.

Catherine is married to her ‘Workin’ Moms’ co-star and a renowned producer and director Philip Sternberg. Catherine has talked about their relationship and their first meeting describing how – even though when they first saw each other, she was dressed quite ridiculously for an audition – there was an instant spark between the two. She had gone to pick up a check for a friend, and Philip was the one who handed it to her.

“We didn’t exchange numbers. We just smiled and knew that something was happening,” she said. “Three months later, we ran into each other at an event. Philip told me there was no way I was walking out of his life again.”

Their relationship moved forward quite quickly. Both Catherine and Philip knew that they had found the one that they wanted to spend the rest of their lives with, so they said the first “I love you” within a month of dating and were engaged in six months. Catherine has also described how he proposed to her. After a drive from Los Angeles to San Diego for the weekend, Philip had set up a picnic for her, which consisted of her favorite foods, near the beach in stormy weather. Worried that his plans would be ruined due to the upcoming rain, he asked Catherine to go for a walk before they were finished eating.

“He asked me to walk over the fencing onto the cliff’s edge. It hit me all of a sudden: this man was either going to propose … or murder me,” she revealed. “I took the risk. He pointed to a nearby beach. It was hard to see through the storm, but there, in the sand, he had written out “Will You Marry Me?” in painted white seashells and long-stemmed roses. He dropped to his knee, and I took the crappy flea market ring off my ring finger and threw it into the sea. Saying yes to him was the smartest move I’ve ever made.”

The couple tied the knot the following year, in 2009, at her parents’ home in Santa Barbara, California, and honeymooned in Italy. After they got married, Catherine and Philip started building a life together in Toronto, Canada, and that is where there they still live.

Catherine and Philip have two kids together, both sons; Jackson Sternberg and Liam Sternberg. Catherine has openly admitted that she suffered from postpartum depression after she gave birth both times, and that is what inspired her to write ‘Workin’ Moms.’

In a piece she penned for Glamour in early 2019, she stated: “I felt painfully alone and yet surrounded by people and responsibilities. One of the few things that brought me relief in these moments of darkness was my ability to imagine sinister things and then laugh at them.”

She also revealed that it was her husband, Philip, who encouraged her to write about her feeling and experiences. “Once my pain was inked to paper, I couldn’t let it die. By writing these scenes, I was filled with purpose,” she added. “Philip and I begged friends to help us shoot and edit these scenes, eventually leading to the creation of Workin’ Moms. As the job took over and time passed, so did my PPD.”

Although there are occasional posts on social media, Catherine doesn’t share a lot of information about her kids, and neither does Philip. Therefore, we don’t know much about them either.