Directed by Abi Damaris Corbin, ‘Breaking’ is a thriller movie that follows Brian Brown-Easley, a former Marine Corps veteran whose extreme financial troubles compel him to rob a bank. However, it leads to drastic events that upend his life. The movie details the struggles of a black marine veteran, and the issues he faces are rooted in reality. Naturally, viewers must wonder whether the riveting story is inspired by actual events. We got curious about the same and delved into the inspirations behind ‘Breaking.’ Here is everything we learned!

Is Breaking a True Story?

Yes, ‘Breaking’ is based on a true story. Abi Damaris Corbin and Kwame Kwei-Armah co-wrote the story based on journalist Aaron Gell’s 2018 feature ‘They Didn’t Have to Kill Him,’ published in the ‘Task & Purpose’ online magazine. It tells the real-life story of Brian Brown-Easley, a former lance corporal in the Marine Corps. Born in 1983, he spent most of his early life in Williamstown, New Jersey, with his eight siblings and parents, Barbara Easley and Bobby Lee Brown. 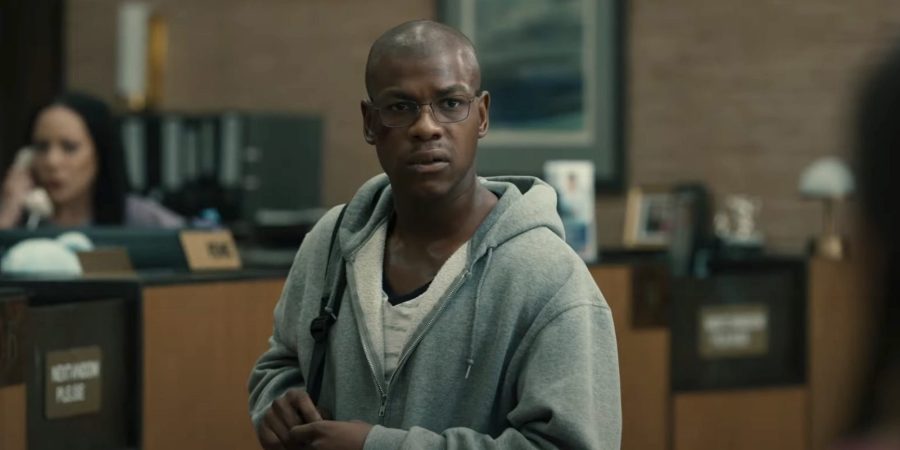 Easley served in Kuwait and Iraq as a supply clerk during his time as a marine, and after years of service, he was honorably discharged in 2005 due to chronic back pains. Soon, he struggled to transition into civilian life and was diagnosed with mental illness. Easley then moved in with his mother around 2008; he married Jessica Tate, and the couple had a daughter named Jayla Brown.

By 2017, Easley had moved around several locations and struggled to meet ends- he relied on his disability check from the Veteran Affairs department. However, in July 2017, his disability check failed to materialize, and he was left with little money to cover his expenses, including the rent for his apartment. Easley contacted the Veterans Crisis Line and visited VA’s Regional Benefits Office in Atlanta, hoping to receive his payment. Nonetheless, his efforts bore no fruit, and the former marine was looking at life on the streets.

A few days later, on July 7, 2017, 33-year-old Easley entered a Wells Fargo bank branch in the Atlanta suburbs and claimed to possess C4 explosives, stating that he did not plan to rob the bank and only wanted his missing payment. Eventually, a SWAT team arrived to deal with the situation, and unfortunately, the Marine veteran was killed by a gunshot fired by Officer Dennis Ponte. Easley’s death sparked a debate about whether the law enforcement’s actions were justified and if the situation could have been dealt with better.

The film adaptation explores Easley’s life and examines the aftermath of the former marine’s death while staying true to his real-life story. Albeit, it makes minor changes, such as renaming his wife and daughter as Cassandra and Kiah and dramatizing certain events. In an interview with Complex, actor John Boyega who essays Brian Brown-Easley in the movie revealed that the production team worked closely with the veteran’s surviving family to create an authentic portrayal of the real-life figure.

“And then the notes and the specific kind of notes that were just given about how Brian was from his family. Because we’ve also been working closely with his family, his surviving family,” the ‘Pacific Rim: Uprising’ actor said. “And they have helped us in just detail, extra detail that helps me as an actor incorporate that into the role.”

Ultimately, ‘Breaking’ is based on a heartbreaking true story of a Marine Corps veteran who became an unwitting victim of the VA laws. Moreover, Easley’s death sparked a moral conflict, and the circumstances of his tragic death left a grave mark on the country’s law enforcement approach. Though slightly embellished for cinematic effect, the movie captures the essence of Lance Corporal Brian Brown-Easley’s life and presents viewers with a fact-based recreation of his struggles.

Read More: Where Was Breaking Filmed?