Is Bridge and Tunnel a True Story? Where is it Filmed? 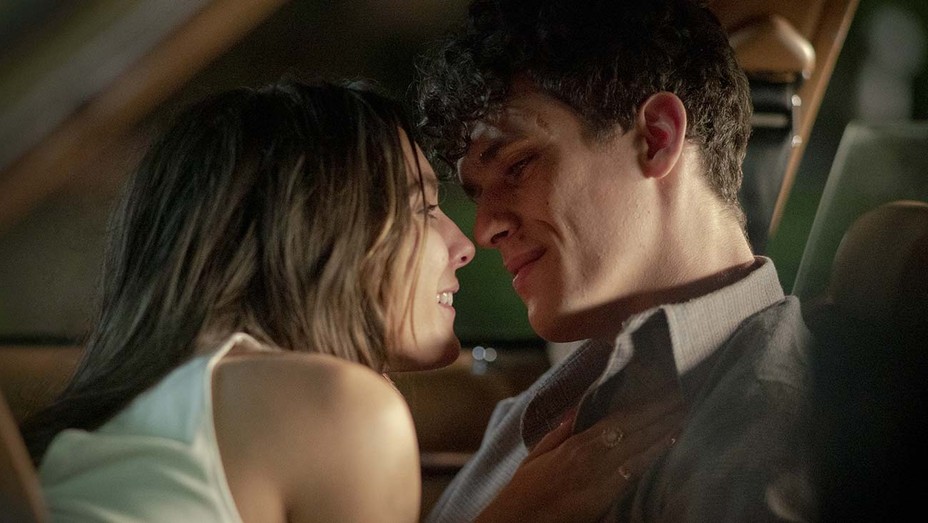 ‘Bridge and Tunnel’ is a coming-of-age show written and directed by acclaimed indie filmmaker and actor Edward Burns. The show follows the story of six lifelong friends and recent college graduates who return to their Long Island hometown and spend the summer together before they have to leave the familiarity and security of their neighborhood to chase their big-city dreams in Manhattan.

The show, set in 1980, centers around themes of nostalgia, blue-collared Long Island upbringing, and the pursuit of one’s dreams in the grit and glitz of New York. The six central characters have grown up together and are returning after 4 years of college, so their old relationship dynamics automatically fall into place, and long-buried feelings resurface. Wondering if ‘Bridge and Tunnel’ is based on a true story? Here’s everything you need to know.

Is Bridge and Tunnel Based on a True Story?

No, ‘Bridge and Tunnel’ is not based on a true story. Even though the show is set in the very place where Edward Burns grew up, he did not intentionally base the characters on any real-life people, but he did draw inspiration from true life and, majorly, his own childhood. In fact, Burns was 12 years old in 1980, and he used to be very fascinated by the older boys and girls who would leave from the nearby Gibson station in Valley Stream and take a train into Manhattan to enjoy their weekend. 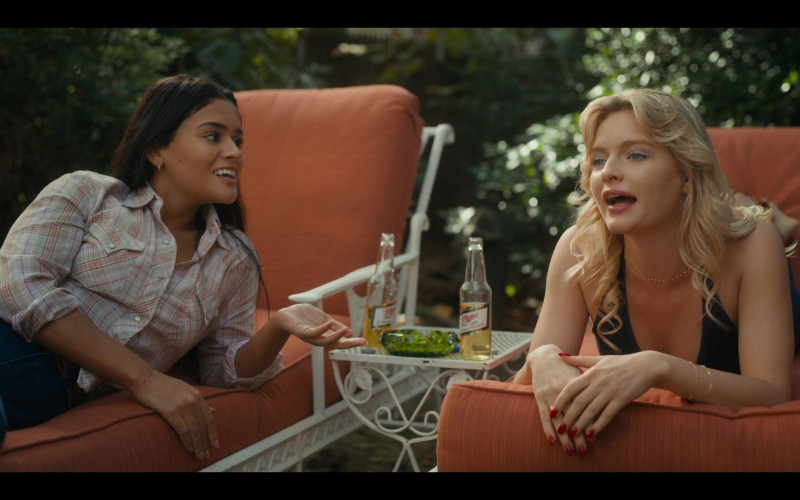 The term “Bridge and Tunnel” was coined to refer to the people who lived in sleepy New York suburbs and traveled to Manhattan for work. Dealing with the allure of the big city while trying to outgrow the hold of one’s childhood home has been a recurring theme in most of Edward Burns’ works. In an interview with Variety, Burns said (about people falling back into familiar relationship dynamics when they go back home), “I always thought it was interesting that regardless of what was going on, the old pecking order, for some reason, reestablished itself.

That was one of the things I wanted to play with.” In the interview, Burns also revealed that the idea for ‘Bridge and Tunnel’ was born a couple of years ago as he was having dinner with Epix president Michael Wright, who told him he was looking for a new 30-minute show; something fun and positive that “put a smile on people’s faces.”

‘Bridge and Tunnel’ was filmed entirely on location in the suburbs of Long Island, New York, from September 2020 to November 2020. Initially, a significant chunk of the show was set in Manhattan, depicting the characters’ lives in the big city contrasting with their life in their hometown. But shooting in Manhattan was not possible because of COVID, so Burns had to make some major changes with filming. He cut short the season by two episodes and filmed the show entirely in Long Island to adjust the added COVID safety costs. Here are more details about the specific filming locations.

The neighborhood that the six main characters are shown to have grown up in was filmed on a residential street in Lynbrook, a village in Nassau County in Long Island. 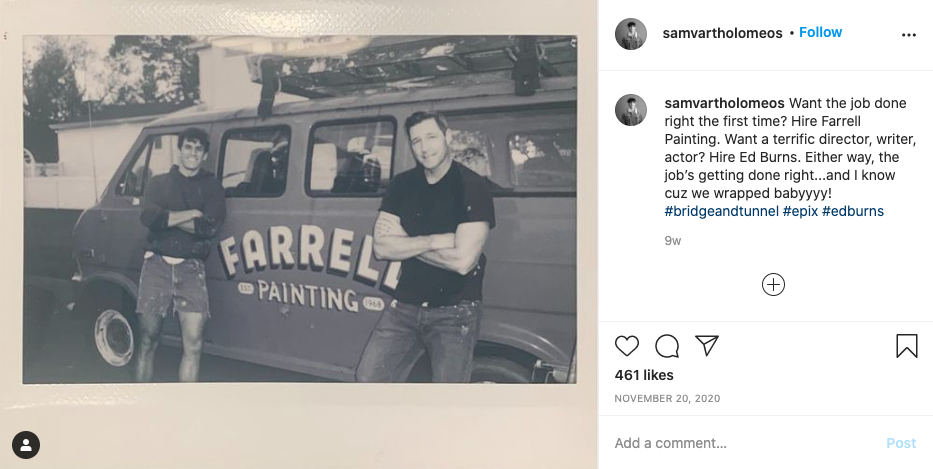 Bay Park in the neighboring village of East Rockaway became the place where the group mostly hangs out in the show. Scenes were also filmed in the village of Valley Stream. 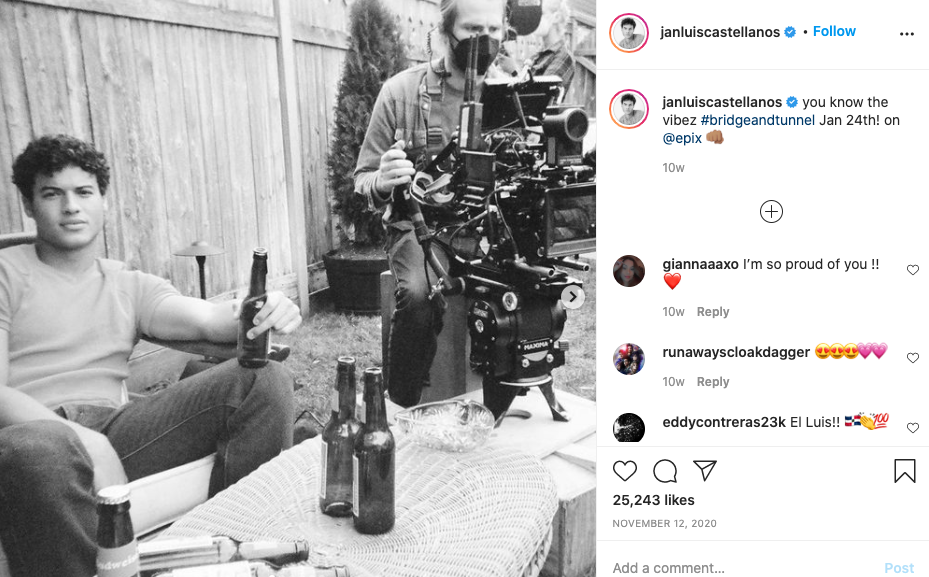 Larry’s Pub (156 Rockaway Ave, Valley Stream, NY 11580) served as the local bar where the group of friends regularly meets. Some exterior scenes were also filmed outside the bar at the corner of West Valley Stream Boulevard and Rockaway.

Here are some behind-the-scenes photos of the cast. 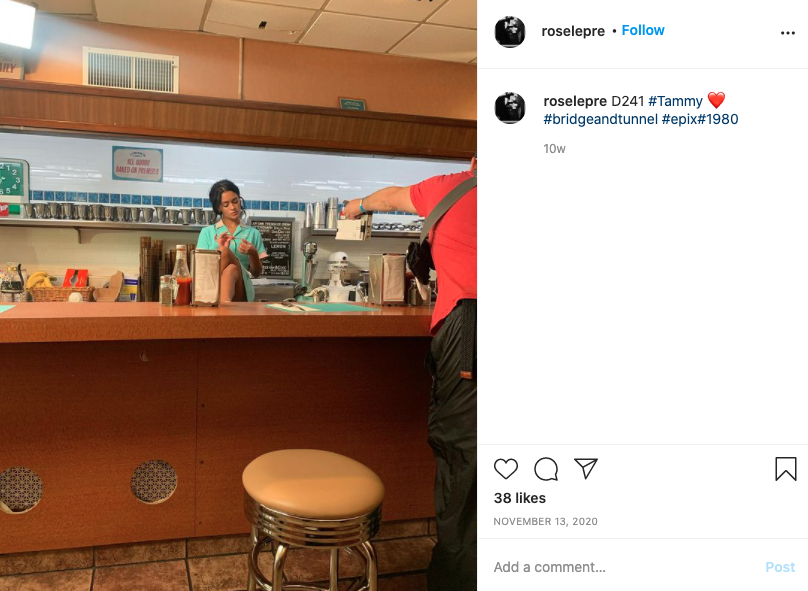 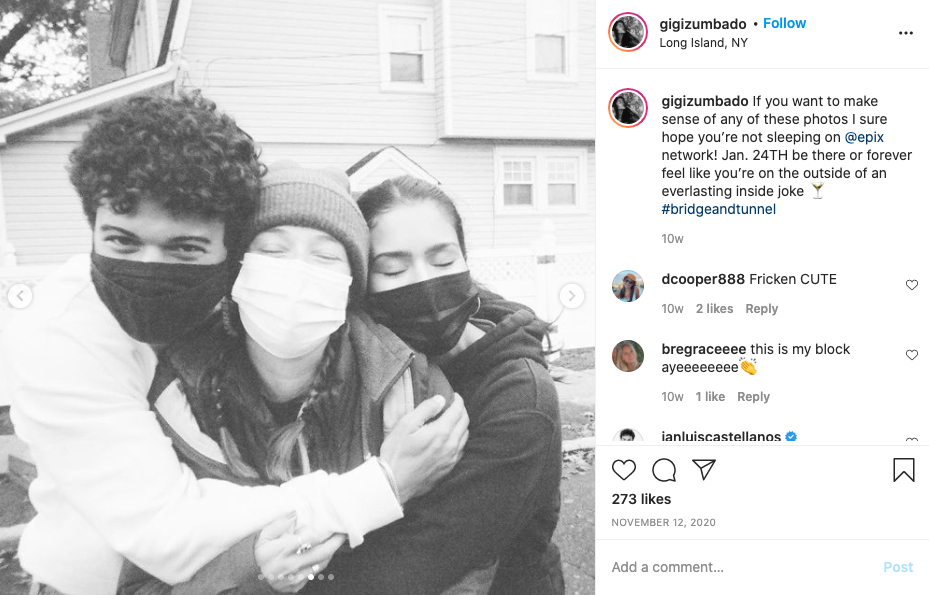 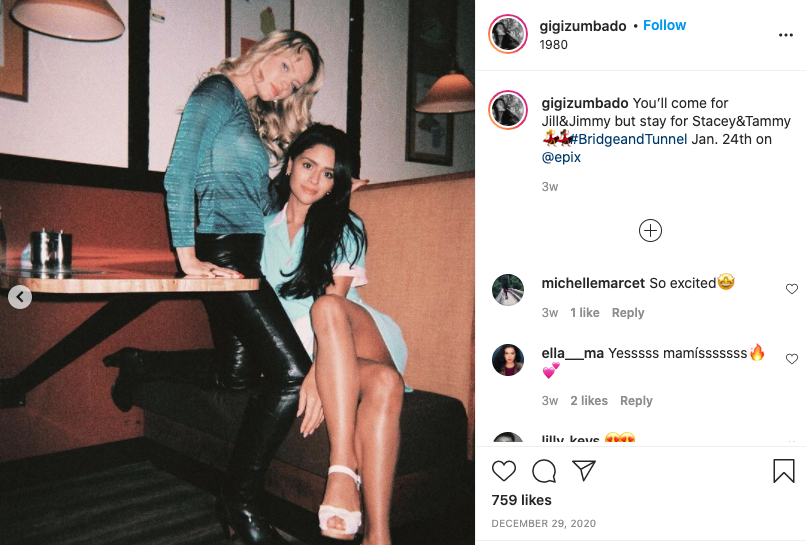