Is Call Your Mother a True Story? 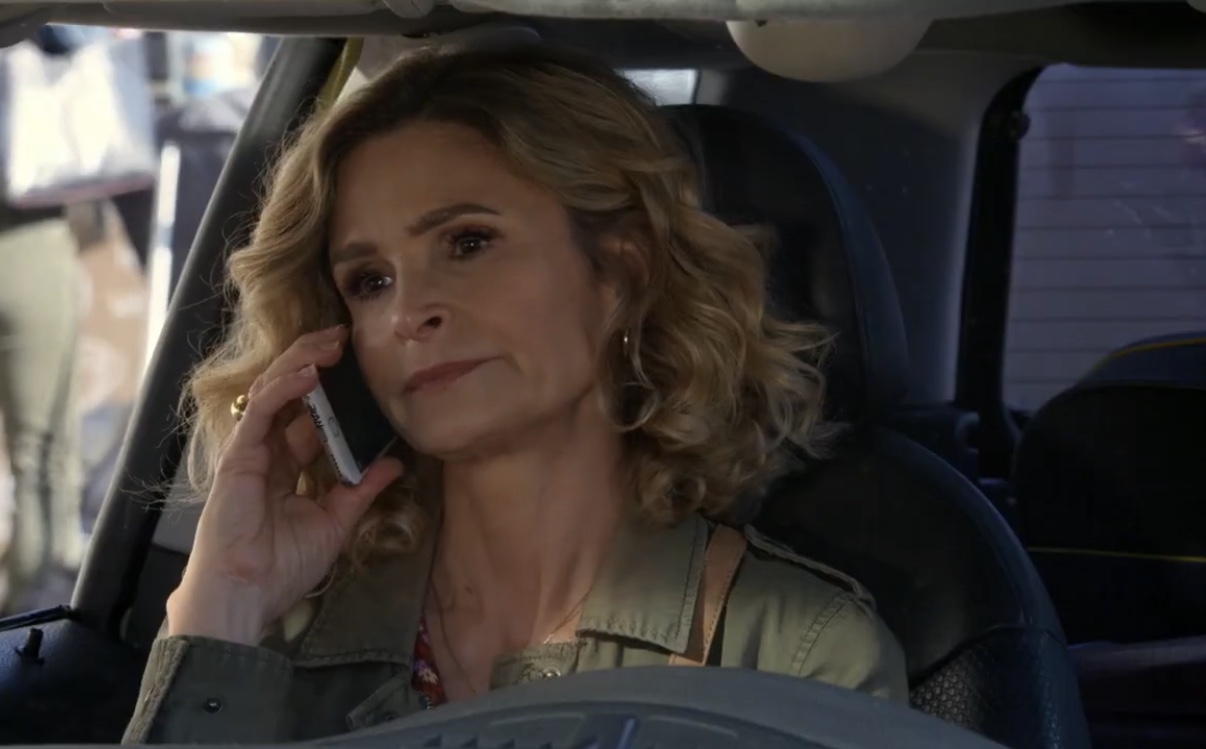 ‘Call Your Mother’ is an ABC sitcom that features Golden Globe and Emmy Award-winner Kyra Sedgwick as Jean Raines, a literal definition of an empty nester, who is frequently on her nerve about her two children-Freddie (Joey Bragg) and Jackie (Rachel Sennott). She drops multiple texts and calls to her children, who are busy living their individual lives in Los Angeles. A prolonged episode of Freddie skipping Jean’s calls compels her to fly all the way to ensure that he is alright (or merely to remedy her solitary existence).

Jean also has a best friend, Sharon, who periodically assists and advises her whenever she seems confused with life. ‘Call Your Mother’ marks Kari Lizer’s return to television as a producer and scriptwriter after her beloved series’ ‘The New Adventures of Old Christine’ concluded in 2010. The long gap was finally punctuated with the show’s release, but it is ponderable as to why it took so long. Is the script of Lizer’s comeback feature based on something significant or perhaps a true story? Let’s find out.

Is Call Your Mother a True Story?

No, ‘Call Your Mother’ is not based on a true story. It is an original screenplay by Kari Lizer, a San Diego based producer, actor, and writer. Her works as a writer include sitcoms like ‘Will & Grace’, ‘Maggi Winters’, and most notably ‘The New Adventures of Old Christine’, which was canceled in 2010. ‘Call Your Mother’ essays the story of Jean Raines, who is frequently off the edge, regarding her two children. They live far away in the sunny sprawl of Los Angeles while Jean is stuck in Iowa.

Lizer stated that Jean’s experiences are roughly based on her own life. In the show, Jean’s family hails from a neighborhood in Iowa. Lizer mentioned that she harbored a particular fondness for the place, which is why she chose Iowa as Jean’s home. It is also where her son used to work. In terms of the plot, the show is similar to ‘The New Adventures of Old Christine’, which depicts the story of an anxious mother trying to get her life together.

‘Call Your Mother’ materialized Lizer’s return as a writer after ten years. Her works have always been relatable to the masses, which is why her new show is likewise expected to captivate the audience. Her previous works contain themes of existentialism that are fused into a light-hearted comedy setup surrounding friends and family. ‘Call Your Mother’ is no different. Lizer also stated that the show is about people finding each other and forging communities out of new relationships established.

After the idea for the series took shape, Lizer approached Kyra Sedgwick to take up the role of the protagonist Jean. Sedgwick was an admirer of comedy that reflects meaning. The script for ‘Call Your Mother‘ gave a voice to her idealistic notion of comedy. Sedgwick also admitted that she frequently has had to redefine her dynamic with her children. In a way, the show captures regular aspects present in relationships. Actor Emma Caymare stated that her character Celia is an accurate depiction of herself in real life.

ABC Entertainment President Karey Burke expressed her opinion on the network’s success. She stated that “At a time when we are physically apart, and shared experiences matter more than ever, these shows will build on the strategy that has made us No. 1 this season – bringing people together, creating cultural moments, and making content that entertains and inspires across generations and demographics.”

Read More: Where Is Call Your Mother Filmed?