Is Candyman Real? Is the Movie Based on a True Story? 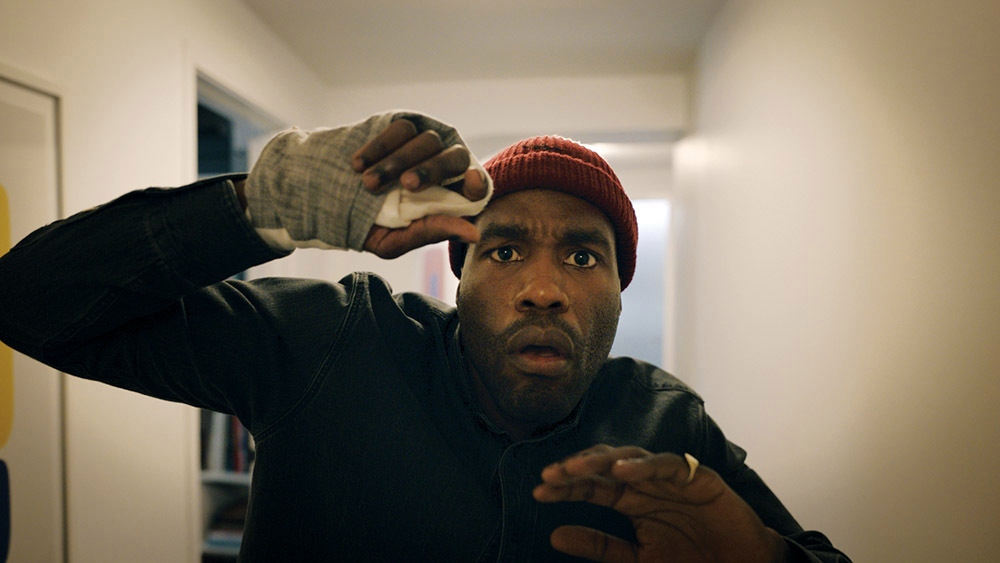 Directed by Nia DaCosta, ‘Candyman’ is a slasher movie that is part of a popular film series of the same name. A direct sequel to the 1992 film and the fourth title in the franchise, the movie revolves around Anthony McCoy, an artist who moves into a luxurious loft with his girlfriend in Cabrini Green neighborhood, an area that used to be an infamous housing project but has been gentrified over the years.

Anthony has a history in the area and comes across the legend of a supernatural killer called the Candyman. He begins to explore the story further in hopes of finding fodder for his artwork. However, the deeper Anthony digs, the more he begins to question his sanity. Several aspects of the Yahya Abdul-Mateen II starrer seem to reflect real-life incidents. Naturally, you must be wondering if that is because ‘Candyman’ is based on a true story. Well, what we know might help answer that question!

No, Candyman is not real. He is a fictional character who first appeared in the 1985 short story titled ‘The Forbidden’ by prolific English playwright and novelist Clive Barker. Candyman is described as a man with waxy yellow skin and pale blue lips, whose cheeks make it seem like he is living with jaundice. However, his real name, race, backstory, or origin have not been specified. The fictional character was further developed only when the films came into being. 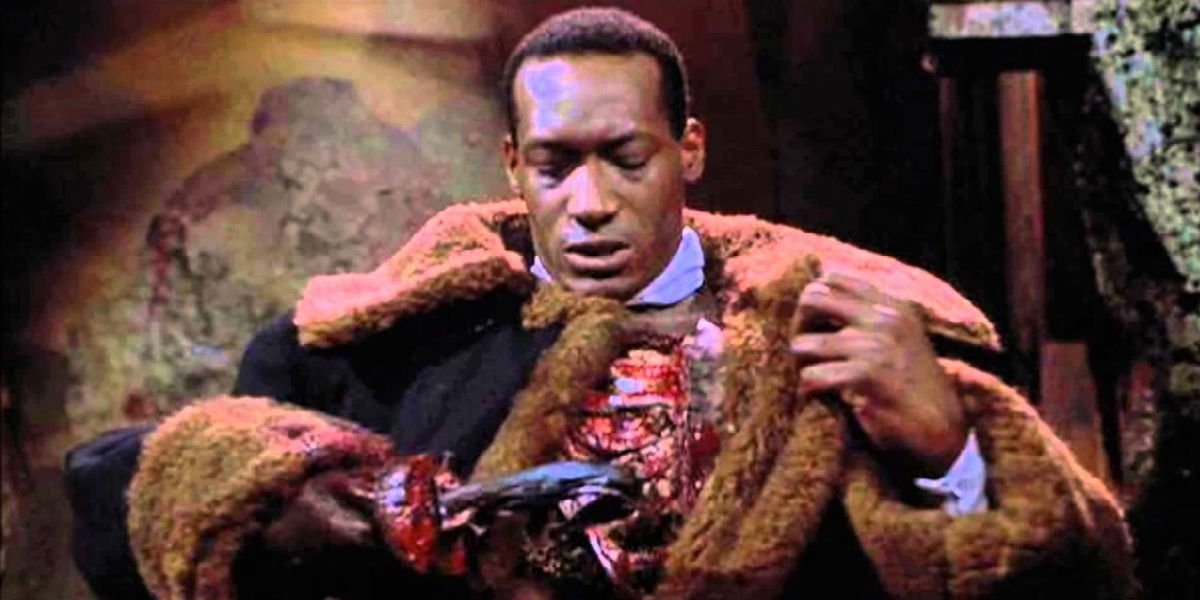 The Tony Todd-starrer 1992 film became the first screen adaptation of the story that transported the setting from Liverpool, England, to Chicago, Illinois. In the 1995 film ‘Candyman: Farewell to the Flesh,’ we are given the backstory of Candyman. In 1870s Chicago, a black artist named Daniel Robitaille is commissioned to paint Caroline, the daughter of a wealthy landowner who happens to be a white woman. Soon, the two develop feelings for each other, and their love affair elicits a violent outrage from people. Daniel is lynched by a mob who cuts off his right hand with a rusty blade.

Daniel is then covered in honey to attract bees that eventually sting him to death. The character was originally named Granville T. Candyman by Tony Todd, but the name was later changed to Daniel Robitaille, who later becomes the much-feared Candyman. According to reports, the character of Candyman is influenced by several sources. He is summoned when a person looks into the mirror and calls out his name five times. This is similar to the urban legend of Bloody Mary, who appears in a mirror when her name is chanted repeatedly.

Additionally, parallels have often been drawn between the titular character and vampires as Candyman has the ability to hypnotize his victims. In an interview in December 2012, Virginia Madsen (Helen Lyle in the 1992 film) stated that director Bernard Rose thought of Candyman as an African-American Dracula. In addition, in an interview in March 1993, Rose admitted that the character drew inspiration from the biblical story of Samson.

Is Candyman Based on a True Story?

No, ‘Candyman’ is not based on a true story. The film builds upon the world created by Barker’s short story and the subsequent ‘Candyman’ films. However, certain aspects shown in the movie have roots in reality. The Cabrini-Green housing projects dated back to the 1940s and were developed over a period of twenty years. In 2011, the last high-rise building was reportedly torn down, although the original two-story rowhouses still stand today. The area has seen some significant development over the years, which has transformed the place beyond recognition. 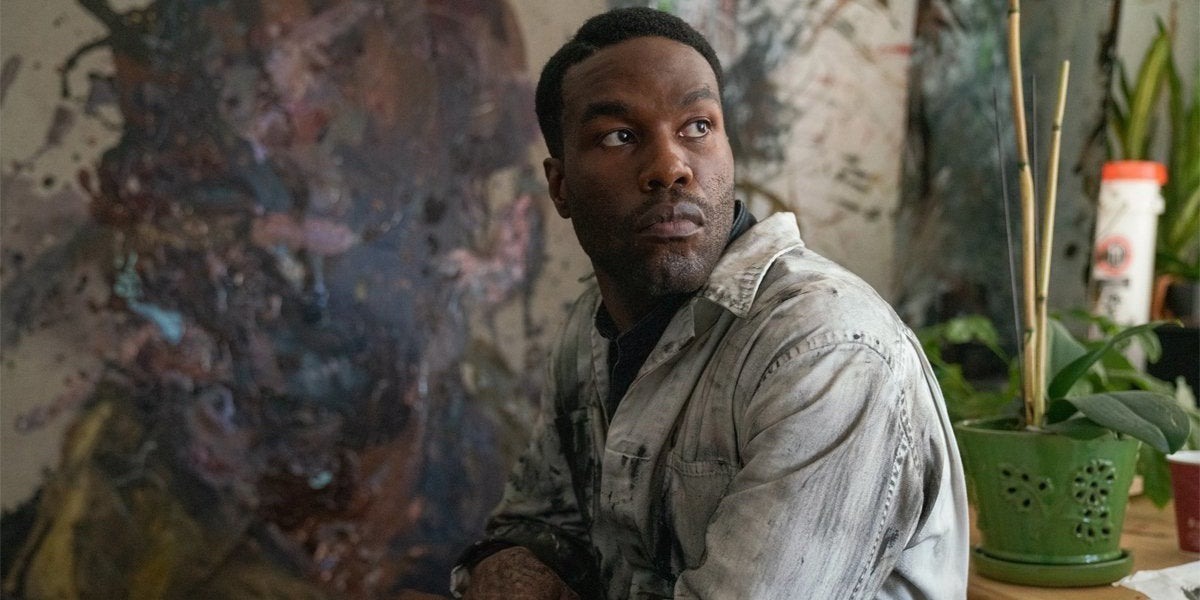 However, decades ago, it was known as a dangerous neighborhood riddled with violence and poverty. In the first few months of 1981 alone, it was reported that 11 people had been killed while 37 had been shot. In 1987, a 52-year-old woman called Ruthie Mae McCoy from Grace Abbott Homes, near Cabrini Street, made a 911 call about someone trying to break in through a hole in her bathroom cabinet. She was eventually found dead with bullet wounds. The 2021 film borrows this aspect as we see Ruthie Jean killed by an intruder who breaks into her apartment through her bathroom mirror.

Moreover, the horror movie also sheds light on Candyman’s past, which touches upon the now-abolished anti-miscegenation laws. History is proof that it was not uncommon for individuals from the black community to receive a violent response from people if an interracial relationship became public knowledge. The 2016 biographical film ‘Loving’ also highlights the social issue quite clearly. Therefore, although some aspects of ‘Candyman’ borrow from real-life instances, the storyline and the characters are fictional.

Read More: Where Was Candyman Filmed?