Is Carl Radke Dating Paige DeSorbo? Who is His Girlfriend? 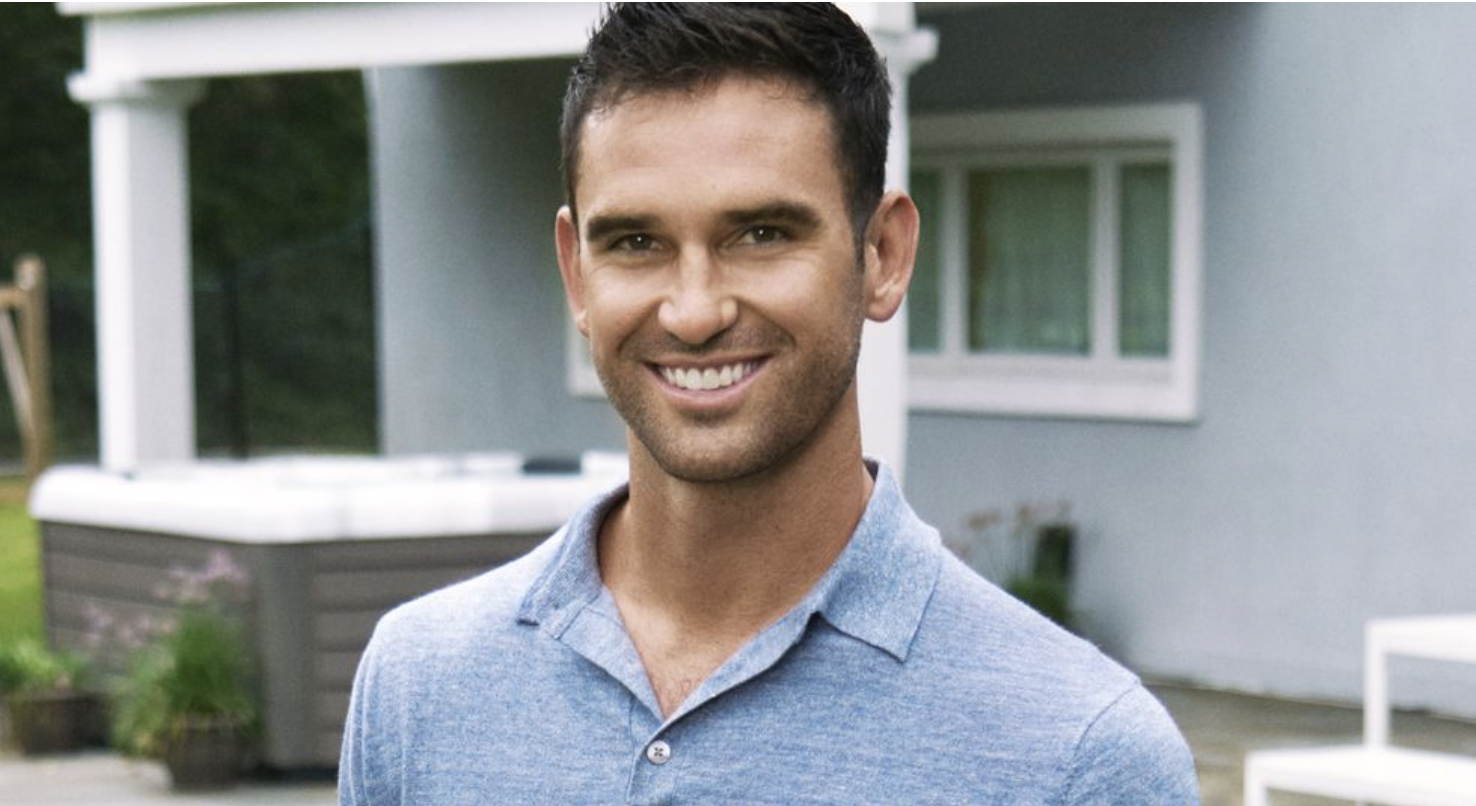 ‘Summer House,’ which premiered on January 13, 2017, is an exciting reality series that creates a parallel universe for youngsters by showcasing a breezy home shared by a group of friends for a getaway from the hustle and bustle of city life. The Bravo TV show’s unique premise became a fan-favorite in no time, and its cast members became stars.

Carl Radke, who got cast as one of the main cast members in its debut season, grabbed all the eyeballs for his charismatic personality, flirty ways, showmances, and laid back attitude. He originally hails from Pittsburgh and currently runs Sales and Business Development for Loverboy, a start-up hard tea company founded by his best friend, Kyle Cooke. We got intrigued to delve deeper into the long list of his personal relationships, and here is what we found out!

When Carl Radke began his journey as a reality TV star, he openly exhibited his flirty equation with his then-roommate, Lauren Wirkus. The two had met a year before debuting on ‘Summer House’ and shared a tumultuous on-screen relationship, to say the least. After innumerable fights and mushy patch-ups, they finally made up their minds to be just friends by the second season. But with a history like that, it was hardly plausible for the two to remain on cordial terms, and ultimately they cut off all ties.

Radke appeared on season 3 with a vow to never indulge in a showmance ever again, but it was hardly possible with all the charming women around him. He ended up violating his self-made rule and made out with Paige DeSorbo. But they frequently found themselves at each other’s throats, and eventually, Paige decided to break up with him as she had her doubts about him being “marriage material.” Radke did not sulk on it for too long and, on season 4, decided to turn his friendship with another cast member, Lindsay Hubbard, into a romantic relationship. 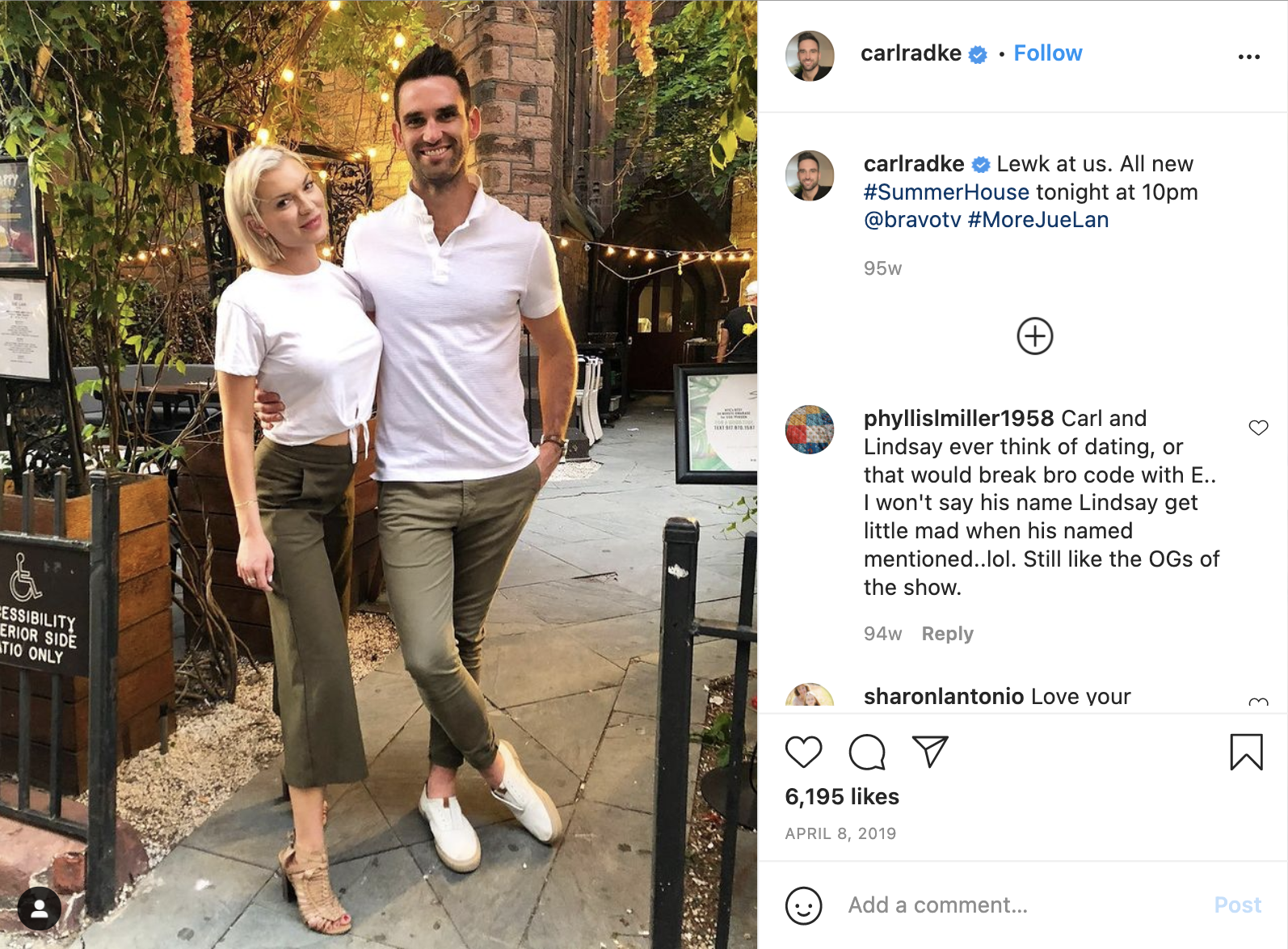 Radke and Hubbard’s bond had been platonic so far, but she agreed to give it a shot. Unfortunately, their very first date in the city turned out to be nothing but a full-blown disaster. The duo realized their mistake in tampering with their strong friendship and tried to mend what was left of it after mutually calling it quits. Admirably, they have successfully gone back to normal after Hubbard vehemently defended Radke as he received severe backlash for not treating her right.

Moreover, the former dental salesman and his ex-girlfriend recently shared that their respective previous partners, Lauren Wirkus and Everett Weston, had hooked up and were even considering getting engaged in the near future. The situation might look messy on the outside, but it has been maturely dealt with by all four of them.

Most of Carl Radke’s fans assumed that there was hardly any chance of him currently dating anyone crediting to the emotional roller coaster ride that the year 2020 proved to be for him. He also claimed to have legit plans to focus on himself and on growing professionally. Being wound up in the friend-lover-friend cycle can leave a person confused, so Carl understandably wished to direct all his energy towards working harder. But the enthralling season 5 of ‘Summer House’ turned his previous statements upside down as he has apparently found someone with a “good vibe” whom he understood inside out.

Well, that someone is none other than his fellow castmate, Paige DeSorbo. The reality star has hinted at the fact that the two have already built something concrete on their friendship. Who could forget their flirty moment in the pantry that led to their fling when Carl was clearly smitten by DeSorbo’s gorgeous persona on season 3?

The Bravo TV star gushed over their special chemistry and “great friendship” and confessed that they have happily taken it to the next level. Paige has only recently parted ways in October 2020 from her now ex-boyfriend, Perry Rahbar, whom she introduced in season 4. Despite Radke and Paige’s history on the show, the couple is excited to explore new horizons, and their fans could not be happier of them both!

Read More: Is Lindsay Hubbard Dating Anyone? Who is Her Boyfriend?