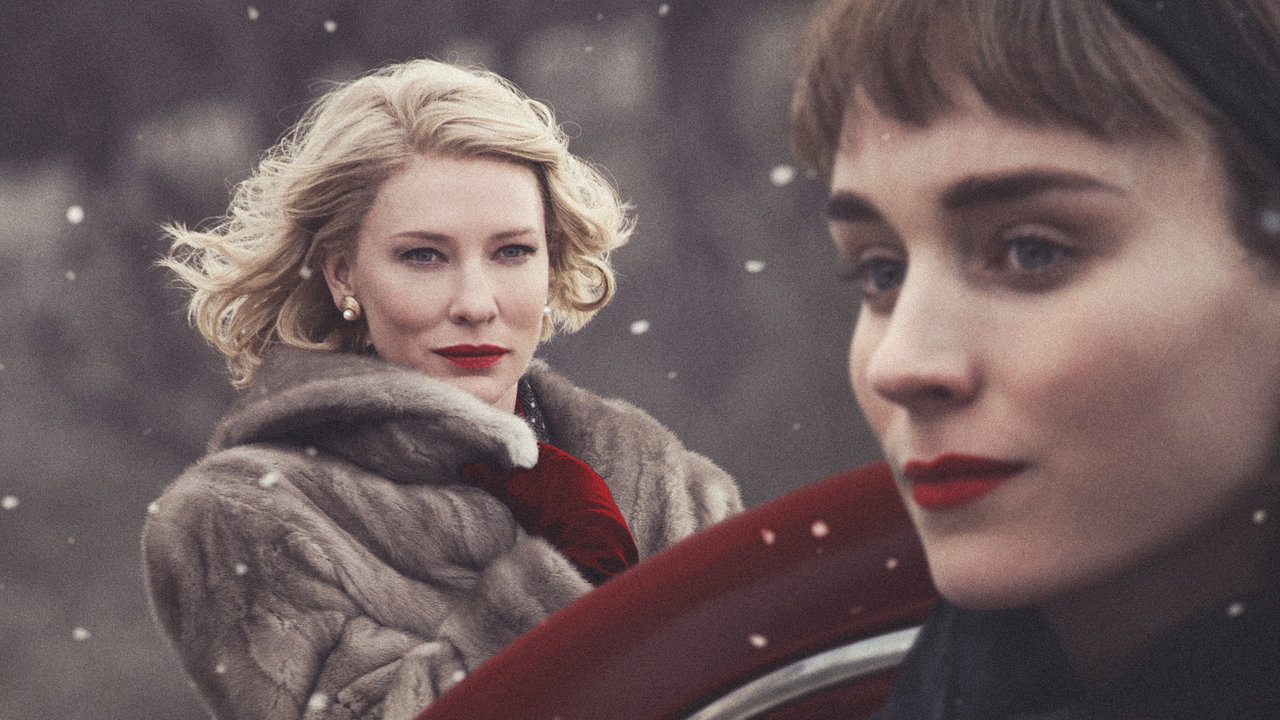 Directed by Todd Haynes (‘I’m Not There’), the romance drama ‘Carol’ tells the story of two lonely women who discover love and happiness in each other. Therese Belivet (Rooney Mara) is a part-time department store employee who wants to become a photographer. She meets Carol Aird (Cate Blanchett), who has come to the store to shop for a Christmas present for her daughter. During their conversation, there is flirting on Carol’s part. After she leaves her gloves behind, Therese sends them back to her. They reconnect and soon begin a deeply passionate relationship.

They are forced to part ways when Carol discovers that her estranged husband, Harge (Kyle Chandler), has hired a private detective to gather information on her, so he can invoke a morality clause to acquire the full custody of their daughter. Terrified of the prospect of losing her daughter forever, Carol rushes back home to New York, leaving a perplexed and guilt-ridden Therese behind. After arriving in the city, Carol declares to her husband that she has to be true to herself and agrees to give him full custody on the condition of regular visitation rights.

She sees Therese again, now a confident and purposeful woman working at the photography section of the New York Times. Although she initially declines Carol’s offer to move into her apartment and leaves with a friend of hers for a party, she later goes to the Oak Room, where Carol had said earlier that she would be. She spots her and waits until their eyes meet. The film ends with both women smiling at each other. If the film’s 1950’s setting and the earnest and restrained depiction of a lesbian romance have made you wonder whether it is based on real-life events, this is the article for you!

Is Carol Based on a True Story?

Yes, ‘Carol’ is based on a true story, or rather, a composition of true stories. The film is based on the 1952 novel ‘The Price of Salt’ by Patricia Highsmith, which, in turn, was inspired by several romantic encounters in her life. That first meeting between the two protagonists is a fictional retelling of Highsmith’s own meeting with a blonde woman named Kathleen Wiggins Senn in 1948. While she was employed at the New York’s branch of Bloomingdale’s (or Macy’s, according to one report) as a salesgirl during Christmas, she spotted the lady in a mink coat.

Their conversation and flirting inspired her to pen down an eight-page-long outline in less than two hours. In the course of the next three years, she worked on the manuscript before reaching out to her publisher in 1951. While she based Therese on herself, Carol was the product of the melding of two of her erstwhile girlfriends, socialite Virginia Kent Catherwood and psychoanalyst Kathryn Hamill Cohen. Like Carol, the former underwent a messy divorce in which tape recordings of her with her female lover were submitted as evidence by her husband’s legal team. Catherwood was also forced to give up her daughter’s custody.

When Highsmith approached her publisher, Harper & Brother (now HarperCollins), they passed the manuscript on. It was eventually released through Coward-McCann. Highsmith had to use the pseudonym “Claire Morgan” for the book. In 1990, about 38 years after the original publication, Highsmith released the book under her actual name through Bloomsbury Publishing. According to Phyllis Nagy, Highsmith’s long-time friend and ‘Carol’s screenwriter, the book is quite radical in portraying female sexuality, especially considering when it originally came out.

“There’s not an ounce of guilt, there’s not an ounce of regret, over the nature of their attraction for each other,” she noted in an interview. “I also found Highsmith’s notions of what makes a good mother to be quite radical—the choices that people have to make in order to make the lives of their children better seemed really fresh, and radical. And still do, to this day, actually.” What sets ‘Carol,’ along with its source material apart, is its happy and uplifting ending.

As Highsmith wrote in the 1989 afterword to ‘Carol’, “The appeal of ‘The Price of Salt’ was that it had a happy ending for its two main characters, or at least they were going to try to have a future together.” Before its publication, books about same-sex relationships almost always had dark and depressing endings. ‘The Price of Salt’ changed all that and continues to show its readers, many of whom are members of the LGBTQ community themselves, even today that happiness is achievable by anyone, regardless of whom you love.

Read More: Where Was Carol Filmed?