Is CC Sabathia Married? Does He Have Children? 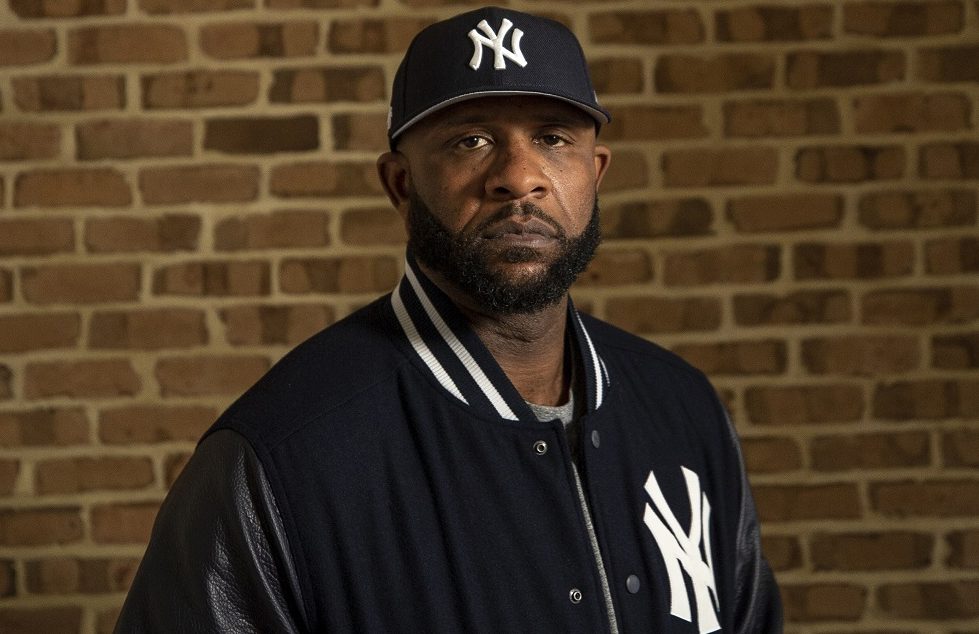 One of the greatest pitchers globally, CC Sabathia, began his noteworthy 19-year Major League Baseball career in 2001, at the tender age of 20. After his successful rookie season as the team’s youngest player, he became the prestigious recipient of the 2007 Cy Young Award. He has won multiple championships for the New York Yankees, but his favorite roles are of a doting son, husband, and father.

An extremely renowned figure in the sports industry, his fans got the chance to get a sneak-peak of his deeply personal life story in HBO’s ‘Under The Grapefruit Tree: The CC Sabathia Story,’ which released on December 22, 2020. While we watched the many highs and lows of his career as a world-class baseball pitcher, it intrigued us to dive into his family life details. Here is everything you need to know about it!

Born in Vallejo, California, Carsten Charles Sabathia Jr. got nicknamed C.C. by his grandmother as she found his complete moniker to be a mouthful. He was welcomed by his parents, Margie Sabathia-Lanier and Carsten Sr. on July 21, 1980. His father, famously known as Corky, was a Sports fanatic who narrated engaging tales of boxing of the 1960s and 1970s and always stood in the stands with his wife to cheer for their son.

But in 1992, around the time Sabathia turned 13, Corky abruptly stopped showing up and abandoned the family for drugs. Though he showed up again by 1998, he eventually contracted HIV and died of stomach cancer in 2002. But over time, the Yankees pitcher had forgiven his father of the shortcomings and even got a tattoo on his right forearm to celebrate him. Despite the absent husband, Margie’s will to bring up her offspring did not waver.

She worked as a telephone operator and fervently supported her son’s sports career. After Sabathia’s parents got divorced, he and his mother moved in with his grandmother, after briefly living with his aunt, and the two women became his pillar of strength. The HBO documentary, produced in association with Major League Baseball, chronicles his sports journey, which began in his hometown where the future pitching star first honed his skills by throwing grapefruits from a tree in his grandmother’s yard.

CC Sabathia has been lucky and talented enough to have built an illustrious career for himself, but meeting and marrying the love of your life… that’s a whole new ball game! As narrated on the ‘R2C2’ podcast by CC Sabathia and Ryan Ruocco, he met his now-wife, Amber, at a house party when both were still in high school, and she was only 15 and in 10th-grade. Amber adorably reminisced how he was part of the cool gang, and the very first night she laid eyes on him, she announced to her brother that Sabathia was going to his “brother-in-law.” 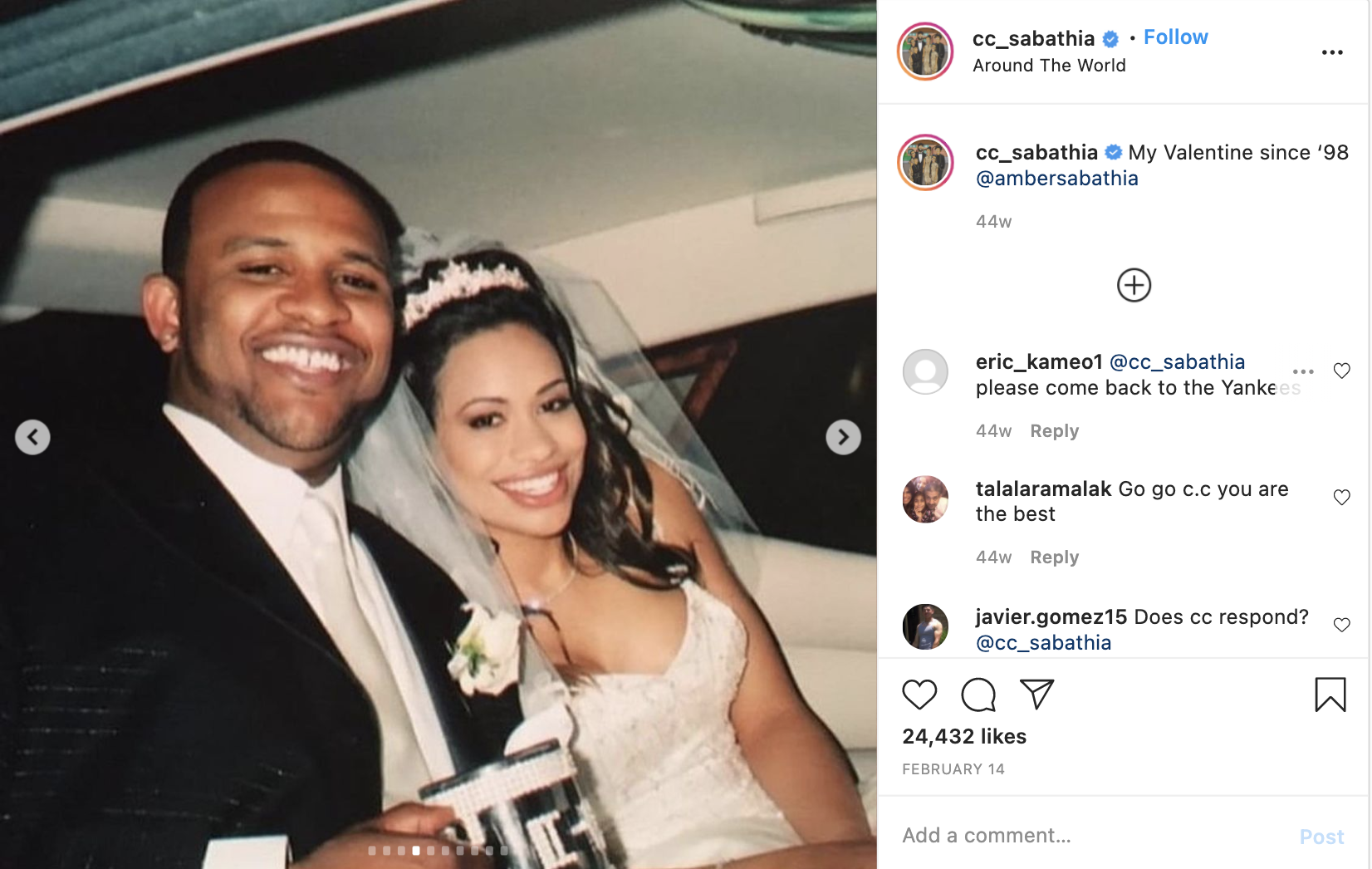 The two spent their first date in a truck parked outside a movie theatre and talking the entire night. The decorated pitcher has been calling her his Valentine since 1998 as they have spent each one with one another since high school. Interestingly, Sabathia got the push to finally walk down the aisle for Amber in June 2003 after he got mugged by two former Cleveland State basketball players in Cleveland’s downtown area.

As confessed to USA Today in 2010, his whole life flashed before his eyes and he proposed to her shortly after saying, “If you were here, this wouldn’t have happened. Let’s get married.” The couple has welcomed four children during the course of their marriage: a son Carsten Charles III (born 2003), a daughter Jaeden Arie (born 2005), a daughter, Cyia (born 2008), and a son Carter (born 2010). 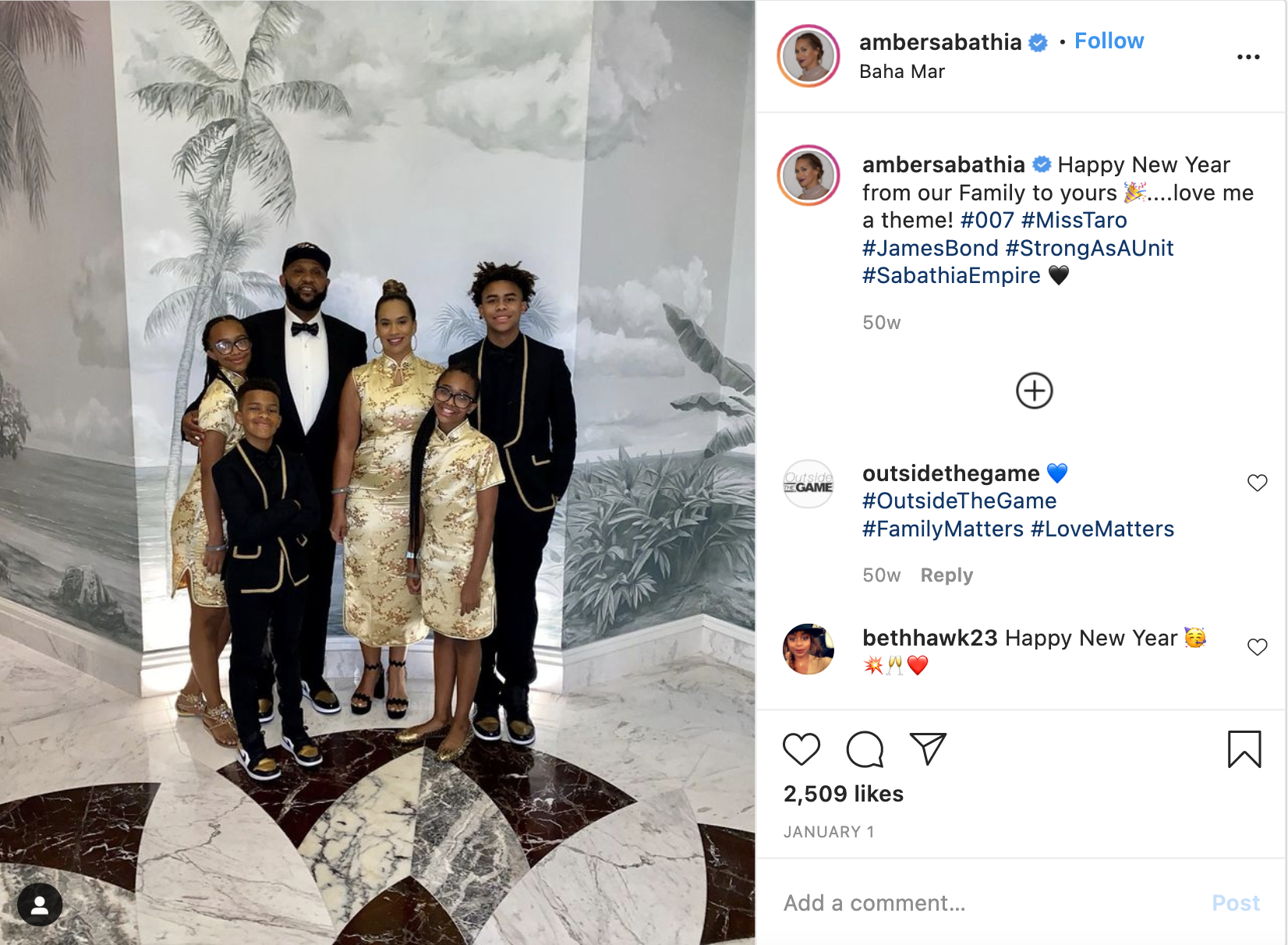 The Sabathia clan is one united family, and they all strongly voiced their support for the ‘Black Lives Matter’ movement. Though he and Amber have been going strong for more than two decades now, he unintentionally put his marriage in jeopardy due to his overindulgence in alcohol. In the fall of 2015, he took a step back from the field and went into rehab to overcome his addiction. The viewers got to know more about the backstory in HBO’s ‘Under The Grapefruit Tree: The CC Sabathia Story.’