Is Clifford Chatterley Based on a Real Baronet? 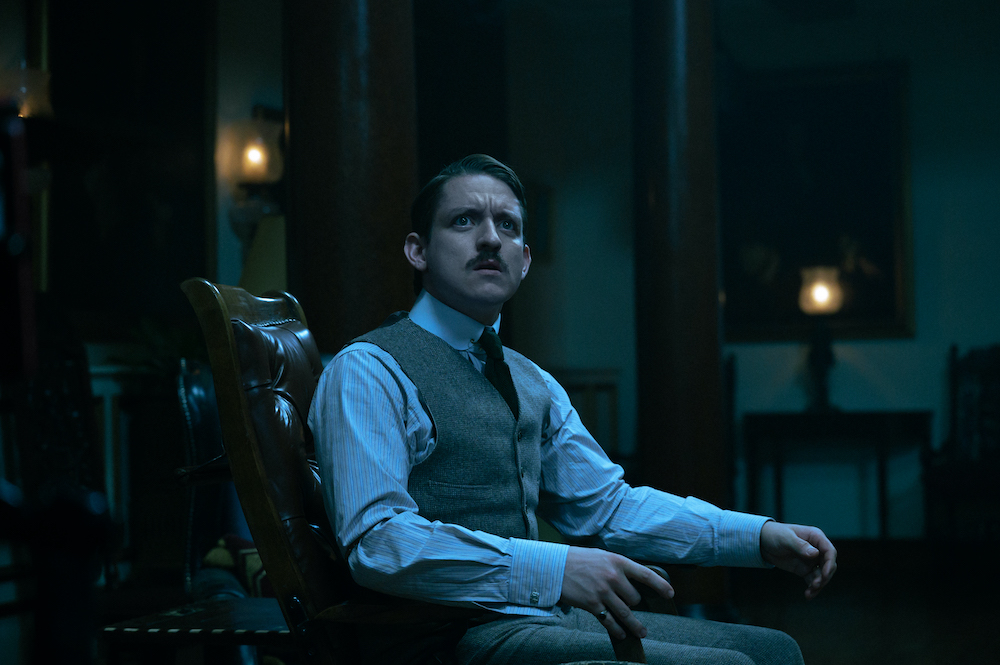 Netflix’s ‘Lady Chatterley’s Lover’ follows the story of a young Constance Reid who marries Clifford Chatterley before he leaves for war. When he returns, he has been paralyzed from the waist down. Despite being heavily devoted to her husband, tensions rise in Connie and Clifford’s marriage as he becomes more invested in the affairs of the estate, giving less to no attention to his wife. This leads her to seek love and intimacy somewhere else and she ends up falling for Oliver Mellors, the gamekeeper at their estate. The movie presents a fine picture of class differences and how the lower class is viewed from the lens of the aristocracy. If this makes you wonder whether Clifford Chatterley is based on any real aristocrat, then allow us to shed some light on the matter.

Was Clifford Chatterley a Real Person?

Despite its fictional nature, D.H. Lawrence’s book ‘Lady Chatterley’s Lover’ is said to have roots in reality, though none of them have ever been confirmed by the author. Different women are assumed to be the inspiration for Connie Chatterley, which means that Lawrence could have used snippets from the lives and characters of their husbands to create Clifford Chatterley for his story.

The woman most commonly thought to be the inspiration for Connie is Lawrence’s wife, Frieda. She was born into aristocracy; her father was a baron. She was married to an English professor before she fell in love with Lawrence, a coal miner’s son. In her novel, ‘Frieda: A Novel of the Real Lady Chatterley’, Annabel Abbs describes Frieda’s husband Ernest Weekley as someone who was more devoted to his work and his hobbies rather than his wife. This is somewhat similar to the behavior of Clifford Chatterley. So it is possible that while concocting the story for his novel, Lawrence based the husband’s character on the ex-husband of his own wife.

One of the things that lead to the souring of Clifford and Connie’s marriage is his war injury. His inability to move leads him to treat Connie as his personal nurse and nothing more. In his later years, Lawrence, too, was suffering from an illness that might have put him and Frieda in a similar situation. He had tuberculosis and would often need to escape to the seaside for fresh air. It was during one such holiday in Italy that Frieda had an affair with another man. In this situation, Lawrence seems to have walked in the shoes of Clifford Chatterley.

There were several other women who are said to have inspired the character of Connie Chatterley. One of them was Lady Ottoline Morrell. She was married to Liberal Party MP Phillip Morrell. While Lady Morrell, too, had many affairs in her lifetime, much like Frieda, her equation with her husband was quite different from the one Frieda had with Weekley and Lawrence. Phillip and Ottoline were rumored to be in an open marriage, which means that he too must have had his fair share of affairs. This is quite unlike Clifford, who was only in love with Connie, but there might have been some things that Lawrence picked up from him, especially around the time Ottoline was having an affair with a stonemason, a lower-class man.

Considering all this, it is clear that while Clifford Chatterley is not based only on any particular baronet or any other figure of English aristocracy, he might have some roots in reality. Lawrence may have sketched his fictional character using bits and pieces from his own marriage and that of people around him. He must have especially relied on upper-class men around him and studied them to breathe life into Clifford.

Read More: Is Constance Chatterley Based on a Real Woman?