Is Constance Chatterley Based on a Real Woman? 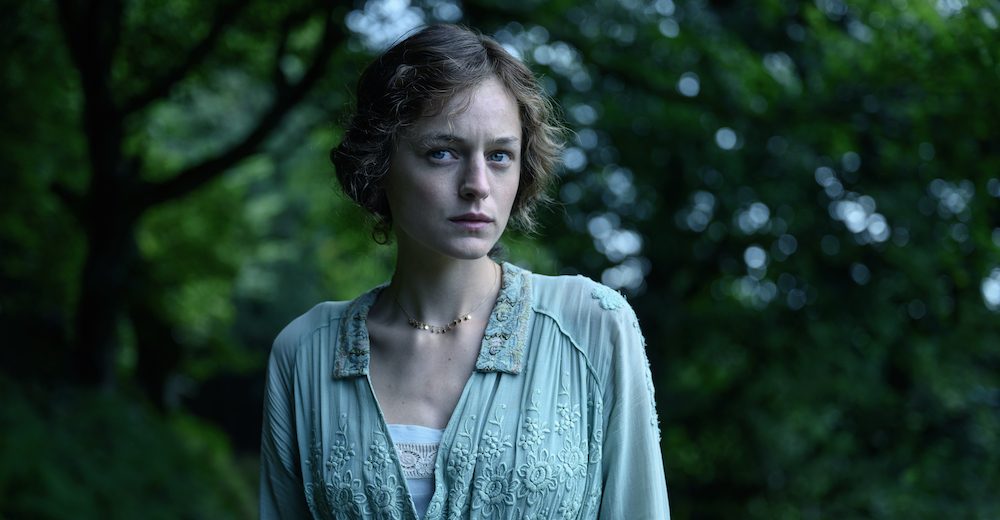 Based on the novel by D.H Lawrence, Netflix’s ‘Lady Chatterley’s Lover’ follows the story of Connie Chatterley who is trapped in an unhappy marriage and falls in love with the gamekeeper of her husband’s family estate. The film follows their passionate romance as Connie not only struggles with the idea of infidelity but also the prejudice against being in a relationship with a man of a lower class. Despite her upper-class upbringing, Connie chooses to be with Oliver rather than stick to her comfortable marriage with Clifford. The class divide makes her romance particularly interesting and if you are wondering where the author got the idea for Connie’s character, then here’s what you should know about her.

Was Connie Chatterley a Real Woman?

‘Lady Chatterley’s Lover’ is a fictional tale created by D.H. Lawrence. While the author never credited any particular woman as the inspiration for the lead character, there have been a few women that he seems to have drawn on for character traits, apart from their life stories. The closest woman to him, who has also served as his muse for his previous stories, is his wife Frieda.

Born Frieda von Richthofen, she was the daughter of Baron von Richthofen. She was first married to Ernest Weekley, an English professor, with whom she had a couple of children. They shared a comfortable home in Nottingham. However, their marriage soon turned too uneventful for Frieda’s taste, and she sought romantic intimacy elsewhere. She first had an affair with a man named Otto Gross who was a psychoanalyst. However, their dalliances didn’t last long. Later, she met D.H. Lawrence. Six years younger than her, Lawrence was a coal miner’s son and a struggling writer. He also used to be Weekley’s student.

Following an affair with Lawrence, Frieda divorced her husband and also lost custody of her three children. She married Lawrence, with whom she remained till his death of tuberculosis in 1930. While theirs seemed to be a happy marriage, where she served as her husband’s muse, as well as his occasional unofficial editor, especially for his last novel, ‘Lady Chatterley’s Lover’, their marital bliss didn’t last long. She had a couple of affairs in between, including with Angelo Ravagli, an Italian lieutenant, whom she married after Lawrence’s death.

Apart from Frieda, several women that Lawrence crossed paths with have been connected to Connie Chatterley in his novel. His patron and friend, Lady Ottoline Morrell is believed to be one of them. She was the first cousin of Elizabeth Bowes Lyon, the future mother of Queen Elizabeth II, and was married to Phillip Morrell, the Liberal Party MP. She, too, is known to have indulged in several affairs over the years, though Lawrence was not one of them. Morrell had an affair with a man named Lionel “Tiger” Gomme, who was a stonemason. They were said to have indulged in a passionate affair, something that Lawrence and other close friends of Morrell were privy to. It is believed that the author forged the characters of Connie and Oliver in the image of Morrell and Tiger.

Lawrence is also said to have drawn on his own romantic entanglements with a woman named Rosalind Bynes to create Connie’s character and life, especially her appearance. Rina, the wife of his publisher, Martin Secker, is also said to have borne a resemblance with the literary heroine. Considering all this, it can be assumed that while Connie might not have been a real woman, she was a composite of the several women Lawrence had connections with. He drew upon different elements from the stories of different women and concocted the character of Lady Constance Chatterley.

Read More: Is Oliver Mellors Based on a Real Gamekeeper?