Is Oliver Mellors Based on a Real Gamekeeper? 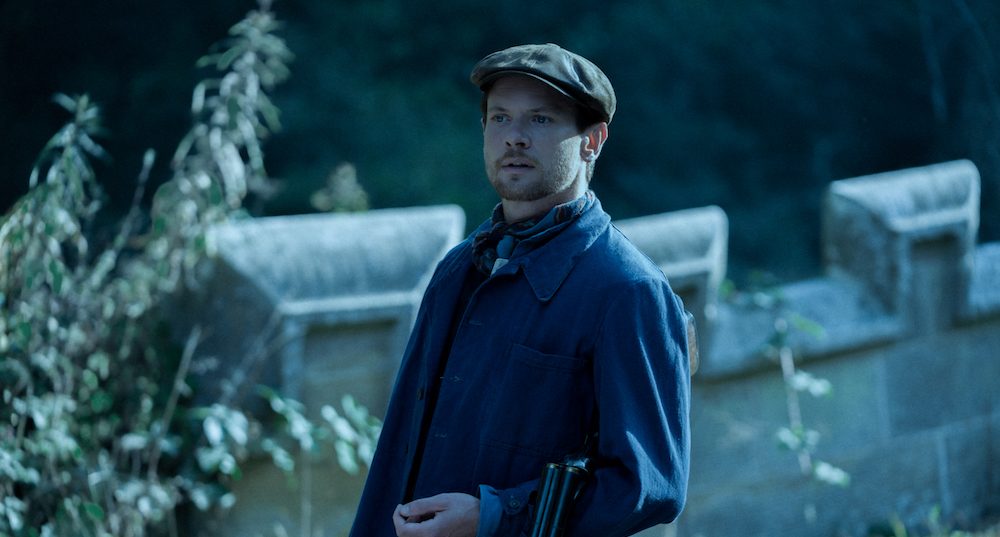 Netflix’s ‘Lady Chatterley’s Lover’ follows the story of Connie Chatterley who falls in love with Oliver Mellors. There are several hurdles in their path, beginning from the fact that both of them are married and that they come from different strata of society. Connie is the wife of the baronet who has hired Oliver as the gamekeeper on his estate. Though the movie is based on the book of the same name by D.H Lawrence, one can’t help but think if there is a real person that the author took inspiration from. If you are curious about whether or not Oliver Mellors is based on a real person, then we’ve got you covered.

Was Oliver Mellors a Real Person?

‘Lady Chatterley’s Lover’ is a fictional story, which also happened to be Lawrence’s last. The author never confirmed what the source of his book’s inspiration was, but several connections have been made over the years, which assert that he had a personal connection to it. Lawrence was a coal miner’s son and shared a social standing similar to Oliver in his book. The author, too, fell in love with an upper-class married woman, named Frieda, who divorced her husband to marry Lawrence. Considering the similarity in the story of the novel and his own love affair with Frieda, it is possible that he based the character on himself. However, their marriage didn’t turn out to be as faithful as one expects Connie and Oliver’s union to be, in the end.

During their marriage, Lawrence and Frieda are said to have indulged in affairs with other people. During the last years of his life, the author suffered from tuberculosis. During this time, the couple crossed paths with Lieutenant Angelo Ravagli. Frieda indulged in an affair with the Italian officer and after Lawrence’s death, she married him. It is believed that Lawrence may have based Oliver on Ravagli. However, there is another man who is said to have captured Frieda’s heart before she met Ravagli.

According to Italian journalist Gaetano Saglimbeni, the character of Oliver was inspired by a Sicilian mule driver, who was much younger than her. He makes this claim in his book, Album Taormina, in which he writes about the time Lawrence and Frieda spent in Taormina, Sicily. This is where Frieda met Peppino D’Allura. Talking about the story that has been around for a long time in Castelmola, which is where D’Allura was from, Saglimbeni told The Guardian, “My father, who was from Castelmola, told me the story when I was a child. Everyone in the village knew about this boy who had talked of his adventures in the vineyard with the wife of DH Lawrence. He used to tell the story in bars and hostelries, but he never spoke about it to journalists. He said that would have been unfitting for a Sicilian man of honor.”

The author also noted that the character of Oliver in ‘Lady Chatterley’s Lover’ had a striking resemblance with D’Allura, who died in 1990, aged 92 in America. “People said Ravagli was the model for Lady Chatterley’s lover because the book came out two years after the Lawrences’ visit to Spotorno. But Mellors is really much more like D’Allura in character and looks,” the author said, adding that there are still people in the village “who can tell you the story of their romance.”

Another real-life person who could have been the inspiration for Mellors is the lover of Lady Ottoline Morrell. Many consider her to be the one that Lawrence based Lady Chatterley on while sketching Oliver’s character around a man named Lionel “Tiger” Gomme. He was a stonemason who had been hired to carve plinths for Morrell’s statues. While she had many affairs in her lifetime, she is said to have been particularly grief-stricken when Tiger died of a brain hemorrhage. While it was never confirmed on whom Oliver Mellors was based, one can assume that despite his fictional nature, some of his traits and plot points are rooted in reality.

Read More: Is Constance Chatterley Based on a Real Woman?